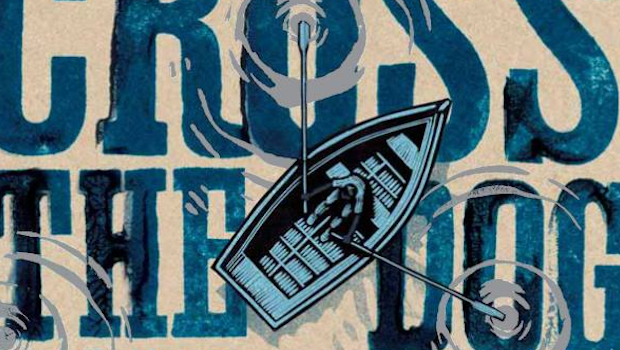 Blurb: When the Great Flood of 1927 devastates Mississippi, eight-year-old Robert Chatham loses everything. Robert’s adventures in the brooding swamplands – from hard labour to imprisonment to thwarted love – are full of courage, danger and heartbreak. This is story of how a small, hurt boy becomes a tough, young man: forced to choose between the lure of the future and the claims of his past. (Picador, 2013)

“Southern Cross the Dog is an experiment in submerging the reader in the rhythms and language of a period of US history and literature that has disappeared. He has made his novel out of fascination and research. It is haunting and unrelenting, perhaps best taken in small doses.”

“A sense of ventriloquism creeps in. A copycat, as the critic James Wolcott has maintained, in a different context, is always “an energy level removed from the cat he’s copying.” Mr. Cheng’s mastery of this backward-looking voice is handicapped by an overwrought quality. He goes to the well too many times.”

“Readers will enjoy Cheng’s capacity for channelling classic southern voices, mindsets, moods and mores – or more accurately, his capacity for channelling literary and musical renderings of these classic southern ways – until, eventually, they begin to wonder how much more there is to this book than muscular and mellifluous mimicry … In other words, Cheng’s great achievement here is essentially reminding us how much greater Faulkner’s was.”

“Amid desultory shifts in timelines and points of view, the most consistent thread is provided by Robert as he drifts through a series of bleak, half-developed scenarios. The dog chasing him may be imaginary, but the hardships that Robert encounters while running away from it are real and unrelenting. He becomes such a scarred, inscrutable figure, that often he hardly seems to care where he is going next. So by the end, despite all the magic woven into the backdrop, neither do we.”

“For all the novel’s brooding lyricism — not least the eerie depiction of the inundated Mississippi as a watery hell — Cheng’s prose feels overly sculpted, and his narration so maddeningly elliptical and disjointed that it can seem as if it has been pieced together from one of the hero’s fever dreams. The author undoubtedly has a unique voice, but his storytelling could benefit from some fine-tuning.”

Southern Cross the Dog by Bill Cheng The Omnivore