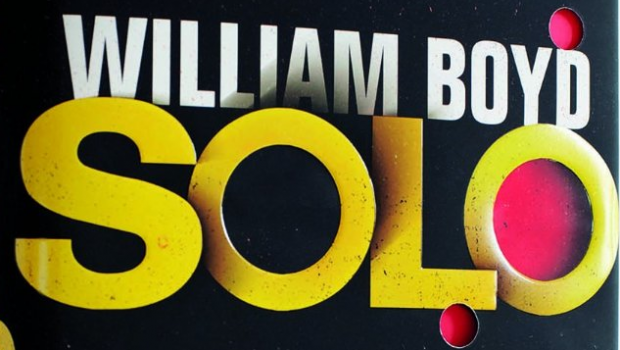 Blurb: It is 1969 and James Bond is about to go solo, recklessly motivated by revenge. A seasoned veteran of the service, 007 is sent to single-handedly stop a civil war in the small West African nation of Zanzarim. Aided by a beautiful accomplice and hindered by the local militia, he undergoes a scarring experience which compels him to ignore M’s orders in pursuit of his own brand of justice. Bond’s renegade action leads him to Washington, D.C., where he discovers a web of geopolitical intrigue and witnesses fresh horrors. Even if Bond succeeds in exacting his revenge, a man with two faces will come to stalk his every waking moment. (Jonathan Cape)

“To bring a much-loved character back to life in this way is a formidable literary achievement. It takes a deep understanding of the original character. It means adapting that character for our modern, politically-correct age but at the same time retaining its essential personality: the way Boyd’s Bond shamelessly eyes up women, harks back to a chauvinist English class system, and smokes and drinks as if such vices were going out of fashion — remains utterly credible … William Boyd’s decision to place his Bond firmly in 1969, with references to contemporary films, ‘Afro’ haircuts and flared jeans, finds 007 in a world in which he is not so much out of place as just slightly old-fashioned, with his love of Savile Row suits and hand-made cigarettes. It succeeds wonderfully.”

“He has not attempted to write “as” Fleming. Instead he’s immersed himself in that Bondworld of his youth, with all the remembered excitements and fears and gadgetry of the cold war, and then pretty much just written as himself – he’s no slouch in the spy genre – and made it immensely believable. And transposed it to 1969 and done so with hats-in-the-air faithful success, all the more remarkable in that 1969 arrived five years after Fleming had died (in fact Bond, by then, is a slight anachronism, but a determined one).”

“It’s good to report that Boyd has immersed himself in the character, the author and his oeuvre and come up with an Afro-American adventure that’s triumphantly the equal of the great Bond adventures, Casino Royale and From Russia, with Love.”

“Boyd’s Bond is more impulsive, less emotionally guarded, and also more sadistic, as the requisite picturesque villain ultimately discovers: “Bond stepped back, breathing heavily, a little astonished at his own savagery.” He is not alone in that … A Downton-style search for anachronisms and solecisms is, of course, irresistible … And yet, all things considered, Boyd’s attempt entertains far more than it exasperates. His approach, he has said, was to write his own novel using Fleming’s characters, and his gift for sustaining narrative momentum is the key to its success. Next time it would be fun to ask a woman.”

“ I would strongly recommend not reading this if you have recently read a Fleming Bond. It was Martin Amis who said of novels that each of them displays, pinned and wriggling, the novelist’s soul for all to see. This applies across genres, and part of the savour of Fleming’s work is the way we get to peer behind his curtains, too. For Fleming, sadism was not assumed, it was part of his being. There is none of Bond’s – how best to put this? – reprehensible attitude to women here, or homosexuals, or anything else (bar a little drink-driving) that might jar with contemporary standards. A tacit clean-up job has been done on the seamier aspects of the spy’s character, which is a failure of nerve, if an understandable one”

“007 has been restyled to fit a very different world to Fleming’s. One side-effect is the loss of the swaggering brutishness that makes the original Bond such a guilty pleasure to read nowadays. His modern avatar may not be blessed with a completely vanilla personality (there’s an outbreak of old-school sadism when he thrashes some would-be muggers and a kinky episode when he spies on the “ripe” woman undressing in her bedroom), but he’s a bit of a dull dog at heart, rather too apt to speak in clichés. “All’s well that ends well” is a phrase he likes so much he uses it twice. However, the diminution in tone is compensated by a perfectly judged narrative tempo.”

“ The poised, lyrical writing is a pleasure to read, the prose sprinkled with apt similes (“He was incredibly thin, his arms and legs like vanilla pods”). But it’s also where the book gets bogged down in an increasingly convoluted plot … a shaky story that left me curiously unstirred.”

“These early chapters are almost wilfully downbeat and low on action. I have been reading rather too much Le Carré recently and so look for betrayals and double-crosses in every sentence, but Bond is rather more languid in his habits, finding time before he flies off to upbraid the decorators who are making a bodge-job of his flat. Once he is in Africa, though, everything kicks off rather splendidly.”

“… a Life on MarsBond, a modern Bond sent back in time, modern values intact, and thus a Bond who does not engage in sexual banter with Moneypenny, who enjoys a way too egalitarian relationship with M, who (unconvincingly) starts to fall in love with one of his conquests, who feels some ambiguity towards his mission, who even once or twice feels a bit peaky, for goodness sake, after too much booze and too many fags. The biggest weakness of Solo, however, is that Boyd’s Bond takes an awful long time to start behaving violently.”

“The executors of the Fleming estate do James Bond’s creator no favours by continuing to flog his original concept till all that remains is the shredded remnants. If you want to read modern espionage or thrillers there are shelves of them in all reputable bookshops. If you want Fleming’s Bond read the originals. If you want the Hollywood version then join an on-line movie site.”

Solo: A James Bond Novel by William Boyd The Omnivore 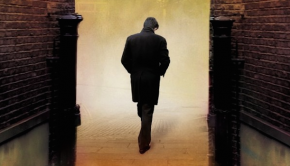