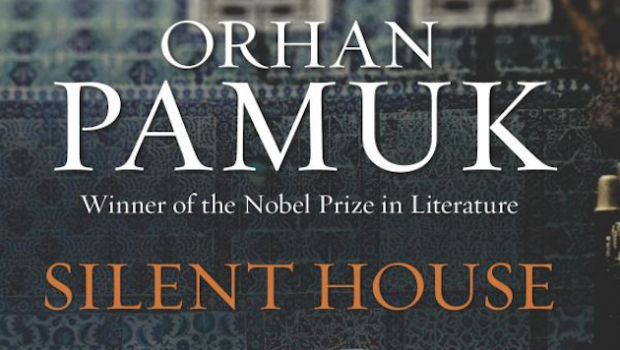 Blurb: In an old mansion in Cennethisar, a former fishing village near Istanbul, an old widow Fatma awaits the annual summer visit of her grandchildren. She has lived in the village for decades, ever since her husband, an idealistic young doctor, first arrived to serve the poor fishermen. Now mostly bedridden, she is attended by her faithful servant Recep, a dwarf and the doctor’s illegitimate son. They share memories, and grievances, of the early years, before Cennethisar became a high-class resort. Her visiting grandchildren are Faruk, a dissipated failed historian; his sensitive leftist sister, Nilgun; and Metin, a high school student drawn to the fast life of the nouveaux riches, who dreams of going to America. But it is Recep’s nephew Hassan, a high-school dropout, lately fallen in with right-wing nationalists, who will draw the visiting family into the growing political cataclysm issuing from Turkey’s tumultuous century-long struggle for modernity. (Faber & Faber, 2012)

“Alertness to political undercurrents is not the only foreshadowing of the writer Pamuk would become in his maturity. The novel is also structurally highly ambitious, shifting, in alternate chapters, between the viewpoints of the grand-matriarch, the manservant, two of the grandchildren and Hasan. Within these well-differentiated voices, Pamuk also brings off a technically complex trick in which monologue is continually interrupted by the character speaking dialogue … 30 years on, the novel feels doubly prescient.”

“Though not an overtly political novel in the way of Snow, Silent House uses a grotesque family saga to explore the social and political rifts created by Turkey’s drive for modernity, and the individual dreams and neuroses arising from it. Palpably influenced by the 19th-century Russians (one character is reading Turgenev’s Fathers and Sons), the book’s tone is of grim comedy edging into sobering horror.”

“Orhan Pamuk’s second novel, written in 1983 and now published for the first time in English, is a disquieting study of self-delusion and disappointed ambitions. It may be relatively domestic in setting but this is a novel grand in ambition; passionately-written and fascinated by a family – and country – weighed down by its history and political ambivalence.”

“There are few things as timeless as teenagers. And the real strength of the novel is Pamuk’s ability to describe, in passages of clear brilliance, similar universal truths. So, amid the fluster and bluster of the grandchildren, we also listen to Fatma and Recep — both cut off from society — indulging in their memories (‘my pains, my past and my thoughts’) as a means of staving off loneliness.”

“… a remarkable generosity of tone and a poised and hugely impressive grasp of human variety.”

“We must read Orhan Pamuk’s second novel through the double veneer of time and translation. Is it strange for Turkey’s only Nobel laureate to see a book he wrote half his lifetime ago belatedly appear in English? Does he read Silent House as though it is the work of another writer? Does he wince at the heavy influence of William Faulkner, wishing that he’d fleshed out his secondary characters or restrained the intensity of his five narrators’ longings? Perhaps he admires its immediacy, topicality, early signs of the inventiveness and conviction that would later distinguish novels such as The Black Book and The Museum of Innocence.”

“A mosaic of 32 chapters told by five alternating narrators, it will have you flipping back and forth constantly, wondering how the puzzle fits, eager to get the story straight. Set in the violent summer of 1980, before the coup that transformed Turkey from economic basket case to fierce military state, it is a remarkable mirror on the din and dissonance of the day … Alas, what’s missing in this book is all too clear. Her name is Maureen Freely. It was Freely, after all, who brought Pamuk to prominence in the English-speaking world with her vibrant and nimble translations of Snow, Istanbul, and Museum of Innocence. … None of those attributes is in evidence in the translation of Silent House, brought to us by Robert Finn, an ex-ambassador to Afghanistan, a linguist whose credentials are impressive, but more geared to interoffice memoranda than to the literary arts. ”