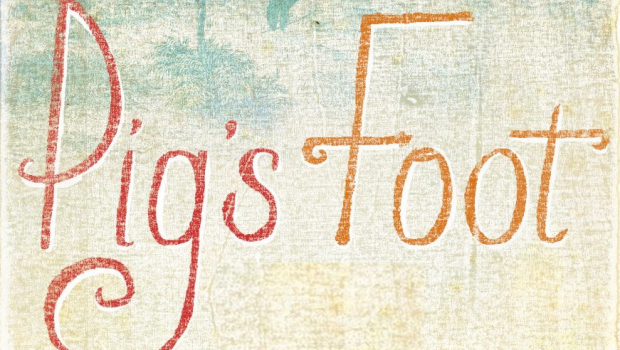 Blurb: Oscar Mandinga, great-grandchild of the founders of a small hamlet of wooden shacks and red earth deep in the Cuban hinterland, is a sardonic teller of tales – some taller than others – of slavery, revolution, family secrets, love and identity, spanning four generations. One day Oscar Mandinga wakes to find himself utterly alone in the world. As the sole descendant of his family line he is not sure what to do or where he should go, but in the midst of this uncertainty, he holds fast to what his grandfather always told him: ‘No man knows who he is until he knows his past, the history of his country.’ As Oscar sets out to find his ancestral village of Pata de Puerco and the meaning of the magical pig’s-foot amulet he has inherited, the search for his country’s hidden history becomes entangled with his search for the truth about himself. Ambitious in scope, yet intimate in tone, rippling with vitality and driven by passion, full of dark comedy, magical history and startling revelations, Pig’s Foot is a dazzling evocation of Cuba’s tumultuous history. It is a spellbinding accomplishment. (Bloomsbury, 2013)

“Acosta weaves a complex web of family secrets, love and loss, legend and witchcraft, the grapple for identity and truth, all at great pace. These are big themes treated delicately – tiny details and the frequent quoting of dialogue are just two clues to the oral tradition of storytelling natural to his largely illiterate cast of characters.”

“Acosta is not as graceful a stylist on the page as he is on the stage, but he is a lively storyteller, and the magical realist influence of García Márquez et al comes in handy for skipping over the odd structural inelegance (“I’m the narrator and… anyone who doesn’t like it can f— off,” as Oscar remarks). The final twist is clumsily done, but in Frank Wynne’s skilful translation, Acosta’s novel has an earthy charm that makes it more than a mere literary curiosity.”

“The novel, very nicely translated by Frank Wynne, conjures the salt-eaten arcades and collapsing promenades of Havana wonderfully. If the plot is a little hard at times to follow, Acosta makes up for this with a host of sharply drawn characters, ranging from the real-life rum magnate Emilio Bacardi to a Gargantuan bruiser nicknamed El Mozambique (who likes to hack the legs off horses with a machete).”

“The book’s lively cast of characters includes pygmy slaves from east Africa, a prophetic village soothsayer, a machete-wielding womaniser, a teenage architectural prodigy and the misfit narrator Oscar Mandinga himself, who instantly engages the reader’s sympathy with his blunt chattiness and the unlikely – but page-turning – saga of his ancestors, their passions and their secrets.”

“Oscar is an irascible and inconsistent narrator, who tells us that his storytelling has to do with some sort of interrogation by a sinister Commissioner Clemente and his army of “white coats”. The rude jokes and the outlandish characters in Part One are magnificent, and I loved folkish wisdom such as: “… the best time to plant a tree is always twenty years ago. If, for some reason, you did not plant it then, the next best time to plant a tree is now.” The piling on of weirdness in Part Two is unsettling, as the final twist veers dangerously close to turning out to be all a dream. But then, as a magic-realism phobic, I would say that.”

“All is related in exuberant, theatrical prose, that also hints that its narrator is finally confronting present-day reality.”

“Acosta’s translator Frank Wynne captures the energy of Acosta’s prose with meticulous and sustained flair. As for Acosta himself, if his style is occasionally uneven, no matter: he drags his story relentlessly onward, in much the same manner as the infant Oscar with his dead moggy. This knockabout epic marks an impressive further stage in Acosta’s emergence as a writer.”

“Far too much is packed in, yet despite its frailties the novel does have a gripping quality, which deepens towards the end as we are drawn towards the truth of Oscar’s tale. It is a wild, heady flight of imagination, and Acosta makes good use of his natural understanding of sequence and grace and suspense. He dances well on the page, but it cannot be denied that he is, for now at least, better on his feet.”

“The prose style is matched by the melodrama of the plot — something that can’t be blamed on the translation.”