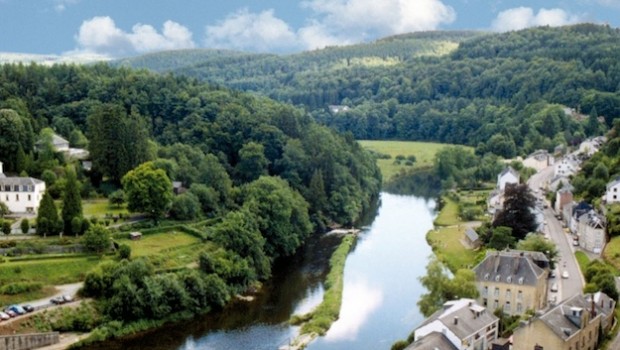 Other People’s Countries by Patrick McGuinness

Blurb: Disarming, eloquent and illuminating, this meditation on place, time and memory, could only have been written by a poet, or a novelist, or a professor. Happily, Patrick McGuinness is all three, and Other People’s Countries is a marvel: a stunning piece of lyrical writing, rich in narrative and character – full of fresh ways of looking at how we grow up, how we start to make sense of the world. This book evolved out of stories the author told his children: stories about the Belgian border town of Bouillon, where his mother came from, and where he has been going three times a year since he was a child – first with his parents and now with his son and daughter. This town of eccentrics, of charm, menace and wonder, is re-created beautifully – ‘Most of my childhood,’ he says, ‘feels more real to me now than it did then’. For all its sharp specifics, though, this is a book about the common, universal concerns of childhood and the slowly developing deep sense of place that is the bedrock for our memories. Alert and affectionate, full of great curiosity and humour, Other People’s Countries has all the depth and complexity of its own subject – memory – and is an unfashionably distilled, resonant book: unusual and exquisite.

“McGuinness has written the great book on Belgium and modern memory, or even Belgium and modern being. He takes his place among those singers and painters of the haunted, the melancholy, the diminished, the caricatural, the humdrum: Ensor, Rodenbach, Sax, Huysmans, Simenon and Magritte.”

“…refreshingly free of sentimentality and that tendency towards Proustian rhapsodising that mar so many such memoirs. His version of the past has a uniquely poetical matter-of-factness and exactitude; it’s also very funny, in its fondly quiet way… McGuinness is a marvellous writer – literally, his book is filled with marvels – who, in John Updike’s formulation, gives the ordinary its beautiful due. The world that is conjured in Other People’s Countries is clear, palpable and distant, like a view seen through the wrong end of a telescope. On every page there are breathtakingly gorgeous images, similes, metaphors”

“This book had a powerful effect on me. Given that it is a meditation – sometimes hilarious, sometimes freighted with tragedy – on times past, it might seem one for the over-sixties rather than for all ages. But Patrick McGuinness, poet, Oxford don and product of an Anglo-Belgian marriage, has written it, he says, for his children ‘so that they know where they come from’.”

Other People’s Countries by Patrick McGuinness The Omnivore