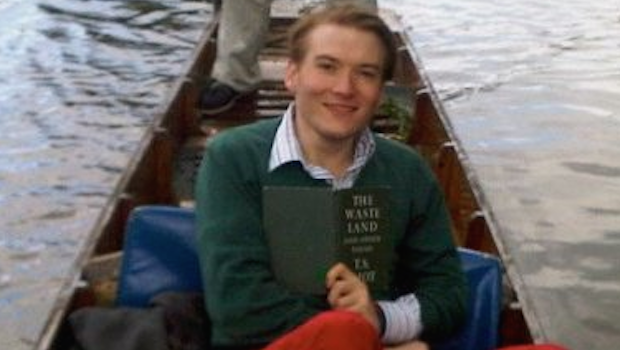 Whether you’re looking for a lover or an employee – or a handy combination of both – Will could be the man for you. Fond of a bargain, graced with an interesting pedigree and sometime diarist at Quadrapheme, Will enjoys Barbara Pym, Alan Hollinghurst and Saki. If you want to woo Will, or just give him a job, get in touch via love@theomnivore.com quoting Box no. 7381.

At ze moment I’m reading (or perhaps tucking into, selecting at random, it really is such a lucky dip) Dear Lumpy — a new collection of letters from Roger Mortimer to his daughter, following his other posthumous anthology a few years back Dear Lupin. Incredibly entertaining, sharp, incisive with a mordant wit, it reminds me so much of so many senior male figures in my family — my late paternal grandfather in particular who played a mean game of Strip Jack Naked (when one collected the winning cards he used to scream ‘Take it and break it and mind you don’t burn yourself’; a saying I’m never found the root of despite consulting Brewer’s and Nigel Rees). These wonderful letters are in the same vein. Also attempting the memoirs of Tove Jansson, excellent and eccentric old girl.

I always seem to be reading about ten books at once. I have Saki short stories on standby — such a comfort, and a reminder of childhood, with amazing one liners on subjects as diverse as Turkish baths to foxhunting to child murder. I also keep the diaries of Lees-Milne close at hand (I particularly enjoyed his withering assessment of my great-aunt’s family’s new memorial to a recently deceased member as a typically old-fashioned country family’s attempt at the avant-garde). I’m attracted to letters and diaries of writers often more than their novels, doubtless due to my past career in publishing and academia. I’ve also recently been re-reading The Love Child by Edith Olivier, a very touching account of a child magicked out of nowhere by a lonely spinster. Sounds bizarre, but it’s wonderful. Another stalwart and still an absolute hoot if you know similar types (and they still exist) The Diary of a Provincial Lady is another comfort blanket and Stephen Benatar’s The Man on the Bridge was an excellent new find, as was The Mortdecai Trilogy which was given me by a friend, an exotic hodge-podge of James Bond, Margery Allingham, and Simon Raven.

When it comes to powerful writing, my major crush is on the late great Barbara Pym. She writes so simply and sparely, but with a deadly eye for the particular and she can find humour and pathos in such a tiny and well orchestrated touch of detail. I’m particularly fond of The Sweet Dove Died. Also quite fancy Jilly Cooper — if only for her chatty gossipy journalism. I really must start Kate Williams and Alison Weir’s new books on Josephine and Elizabeth of York, and Neil Spring’s tale of ghouls and ghosties and long-legged beasties, The Ghost Hunters; they’ve all been waiting too long.

As for sexiest (or at least very romantic) writing, I often look to poetry, such as Christina Rossetti’s Goblin Market with all that lascivious detail of colours, senses and scents and particularly Keats — like that finishing line from The Eve of St Agnes. In more modern times, I’d go for Alan Hollinghurst, who is so good at (no pun intended) building up to such a powerful climax; also The Reader by Schlink, The End of the Affair by Graham Greene (who always causes such an explosive combination of religious fervour and sex). It seems odd to mention Virginia Woolf as a sexiful writer, but she has the power to convey the interaction between the emotional lives of different characters with such skill. The Waves is a wonderful example.

The late Alice Thomas Ellis is probably the funniest writer I know. To impress a Will Worshipper I’d give them one of her dry, funny books, perhaps Unexplained Laughter or the latest edition of Slightly Foxed, a complete set of which I found at the weekend in Oxfam for £20. I’ve had a wonderful week dipping and discovering. Being funemployed at the moment has its benefits, after all. Another book I would give anyone would be Iris Murdoch’s The Bell. I find Murdoch amazing at creating such a separate and outrageously baroque world in which wonderful and unexpected things happen, if only real life were quite so unpredictable! 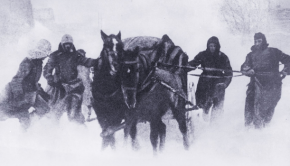