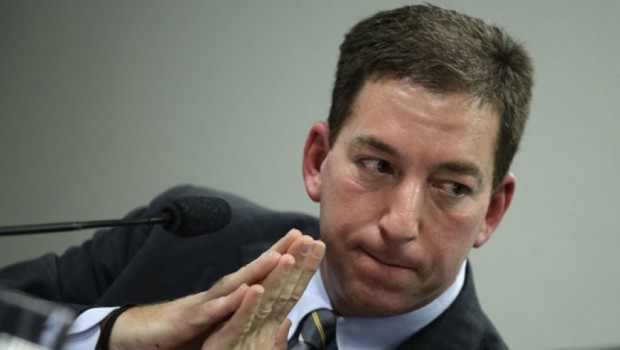 No Place to Hide: Edward Snowden, the NSA and the Surveillance State by Glenn Greenwald

Blurb: In June 2013, reporter and political commentator Glenn Greenwald published a series of reports in the Guardian which rocked the world. The reports revealed shocking truths about the extent to which the National Security Agency had been gathering information about US citizens and intercepting communication worldwide, and were based on documents leaked by former National Security Agency employee Edward Snowden to Greenwald. Including new revelations from documents entrusted to Greenwald by Snowden, this essential book tells the story of Snowden and the NSA and examines the far-reaching consequences of the government’s surveillance program, both in the US and abroad.

“He makes the case for Snowden, and it’s a compelling one. One concern with WikiLeaks acting independently was the apparently random nature of its disclosures, without any obvious filtering on the basis of public interest or the possible exposure to risk of certain individuals. What is striking about this story, and the complex interplay between Snowden, Greenwald, Poitras and the Guardian, is that the approach was different, as the justification for the leaks seems to have been at the forefront of all their minds.”

“Engrossing and polemical… Yet as important as this book is, Greenwald and Snowden make life difficult for potential friends. Both are motivated by an all-transcending faith in the founding principles of America, which they regard as an ongoing revolution against government. It leaves them unable to imagine that government might also be an inclusive institution.”

“[An] important and disconcerting book… Greenwald is a single-minded, uncompromising and obsessive man, and is clearly in awe of Snowden, writing that “his courage was contagious”. But the NSA contractor remains an enigmatic and elusive figure… The ethics of Snowden’s decision to surrender control to journalists of huge amounts of classified material, including much about legitimate espionage activity, also goes unexamined.”

“…clearly written and compelling. Though I have been writing about the war on liberty for nearly a decade, I found that reacquainting myself with the details of surveillance and intrusion by America’s NSA and Britain’s GCHQ was simply shocking… But let me just say I think the book does a disservice to my colleagues at theGuardian, which after all is established media. The author tips his hat occasionally but does not really acknowledge the importance of the seasoned reporter Ewen MacAskill’s work in Hong Kong, or the team that assembled to sift the documents, decode their inner secrets, prioritise information, gain reaction, shape the stories and provide analysis.”

“The first third of his book is a genuinely gripping account of his encounters with Snowden. Jason Bourne meets The Social Network: the film rights for this one will sell themselves… [Greenwald] lives in a world of black and white, where all government officials are venal and independent journalists are heroes… As a result, the book grates as much as it fascinates.”

“He is a former litigator, and it shows: there is no nuance or trace of humour in his writing. Everything is black and white: you either agree with him completely or you are an instrument of the surveillance state. That’s a shame: in exposing its extent, Greenwald and Snowden have done us all a service. In a democracy, government claims that only the guilty have anything to fear are as insidious as they are specious; privacy matters.”

“No Place to Hide is uneven; it doesn’t really tell us anything we didn’t know already, and Snowden himself disappears about 100 pages in. Still, and despite Greenwald’s more self-important tendencies, the book is part of a necessary conversation about surveillance and privacy.”

“It provides an excellent overview of the NSA’s still-classified activities and lack of legal controls, putting the pieces together in a way that daily journalism cannot… All too often, though, he proselytises rather than analyses… The issue of why some surveillance is necessary is never explored, nor is the question of how intelligence-gathering might be reformed. These shortcomings mean that the book is more likely to energise his supporters than persuade his detractors.”

“…many of Mr. Greenwald’s gross generalizations about the establishment media do a terrible disservice to the many tenacious investigative reporters who have broken important stories on some of the very subjects like the war on terror and executive power that Mr. Greenwald feels so strongly about. When Mr. Greenwald turns his fervor to the issue of surveillance and its implications for ordinary citizens’ civil liberties, he is far more credible. Sometimes eloquent.”

“…written in a relentless, self-satisfied tone… His central arguments in the book are bombastic but flimsy… On Russia he is almost comically naive … Greenwald does not ask why Snowden chose to steal far more material than would have been necessary to illustrate his worries, and he gives no insight into the mysterious escape to Moscow or the conditions of his sojourn there. It is odd that such a zealous inquisitor fails to pursue such obvious and troubling questions.”

“It’s a great yarn, which might be more entertaining if Greenwald himself didn’t come across as so unpleasant. Maybe he’s charming and generous in real life. But in No Place to Hide, Greenwald seems like a self-righteous sourpuss, convinced that every issue is “straightforward,” and if you don’t agree with him, you’re part of something he calls “the authorities,” who control everything for their own nefarious but never explained purposes.”

No Place to Hide: Edward Snowden, the NSA and the Surveillance State by Glenn Greenwald The Omnivore