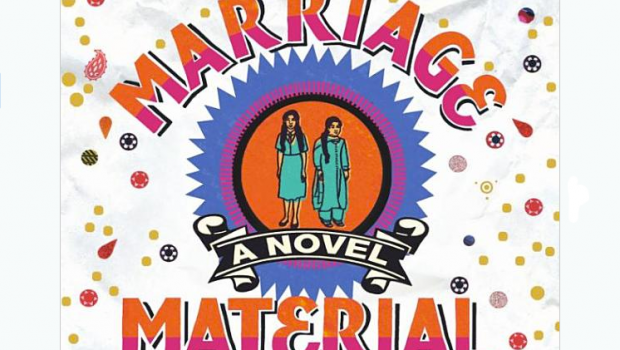 Blurb: If you’ve approached Bains Stores recently, you’d be forgiven for hesitating on doing so. A prominent window advert for a discontinued chocolate bar suggests the shop may have closed in 1994. The security shutters are stuck a quarter-open, adding to the general air of dilapidation. A push or kick of the door triggers something which is more grating car alarm than charming shop bell. To Arjan Banga, returning to the Black Country after the unexpected death of his father, his family’s corner shop represents everything he has tried to leave behind – a lethargic pace of life, insular rituals and ways of thinking. But when his mother insists on keeping the shop open, he finds himself being dragged back, forced into big decisions about his imminent marriage back in London and uncovering the history of his broken family – the elopement and mixed-race marriage of his aunt Surinder, the betrayals and loyalties, loves and regrets that have played out in the shop over more than fifty years. (William Heinemann, 2013)

“… the novel is something of a love song to battered but still defiant Wolverhampton (and as one born there, it’s about time it had one) as well as one to the parents who sailed in on the so-called rivers of blood and did what they hoped was their best for their kids. Arjan’s legacy is the same for so many of us, the balancing of duty versus desire, and while Sanghera’s tender and funny book is a cracking and pacy read, it’s the sisters’ resilience and big hearts that stay with you for some time afterwards.”

“Dangerous material is handled with a darkly comic lightness of touch, and an impassively detached ironic tone that may owe something to Bennett — like Bennett, Sanghera makes good use of local newspaper cuttings, letters to the editor, and contemporary fashion magazine material, which gives an unobtrusively authentic period flavour to each passing phase. This book is so well researched you hardly notice the work that’s gone into it.”

“Behind the humour and the (albeit sometimes a little overly sensational) plot twists, is an important novel that explores an often overlooked part of this country’s history … That the story of the Victorian mercantile class told in Bennett’s novel is so easily transposed onto the community Sanghera grew up in nearly a century later is absolutely fascinating, and by recognizing and exploiting this with excellent effect, he examines the nationwide story of British immigration through the prism of the Punjabi Sikh experience.”

“Sanghera is such an engaging and versatile writer that the pages fly by in a flurry of pathos, politics and paratha with extra butter. Not many readers will recognise this satirical mini-masterpiece as a reworking of the 1908 Arnold Bennett novel The Old Wives’ Tale, but everyone will feel richer for its uncompromising take on race relations in the Black Country.”

“Kamaljit and Surinder’s story thickens the plot effectively, creates genuine suspense (can elopement stories ever fail to?) and also allows Sanghera to build a fascinatingly detailed portrait of immigration and integration during the 60s and 70s, demonstrating how they dovetailed with wider social developments. He blends the historical with the personal extremely well – though it is occasionally a bit clunky, as when Surinder’s eyes just happen to fall on the newspaper headline “Sack for Powell in Tory race row”. But when he takes material that is less immediately well-known he is adept at wiggling out humour without sacrificing seriousness.”

“Making Arjan the fulcrum upon which these two cultures pivot is a stroke of genius. As the only son upon whom rest the hopes of his family, his situation distils the dilemma of anyone who has ever left home for a fancy job in the big city. While his fiancée in London studies books about the Sikh religion and Punjabi culture, he watches local children “running into the shop just to shout ‘Paki’ at my mum before running out again, a depressing urban version of Knock Down Ginger”.”

“A thoughtful examination of the complexities of modern Britain … an engrossing, entertaining and rewarding read.”

“Discrimination, mixed-race marriages and the changing face of Britain appear in both Sanghera’s timelines. As the novel progresses, the stories collide and there are startling revelations, humour and mystery. It is smartly crafted, weaving in droll observations about immigrant life and the defensiveness of south Asians living away from home, while also providing a thoughtful commentary on the casual racism of Britain, the tedium of always being out of place and the complexities of belonging in an increasingly heterogeneous world.”

“Sanghera brilliantly describes the sisters’ relationship, a clash of ideas and ideals that remains unchanged when they are reunited. In a less subtle book Surinder’s homecoming would be sentimental, here it is moving.”

“Sanghera’s forte is wry comedy tinged with pathos. Affectionate irony plays over his scenes of Sikh ­family life, social ­etiquette and religious observances, especially his portrayal of Arjan’s grandmother, zealously devoted to custom, ritual and superstitions (it’s bad luck to wash hair on Tuesdays, or sneeze before setting out on a journey, and never leave one shoe lying on another).”