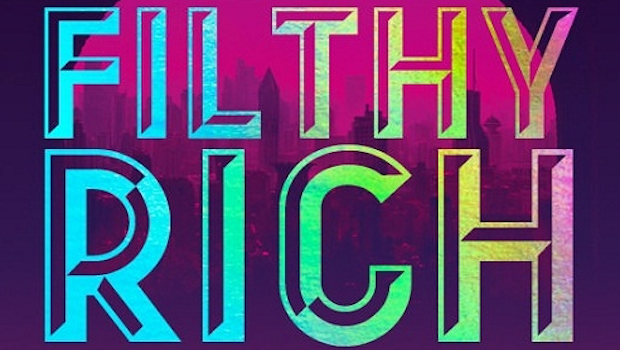 The novel follows the unnamed narrator’s journey from his village childhood to becoming a corporate superstar in the big city. The novel is told in the second person, the narrator ushering us through a life in an unidentified developing Asian country while elucidating the many conditions that must be met to become filthy rich. The hero seems to be on the right track; still, he must navigate the usual obstacles in life that could hinder the way to his final goal: family illness, bad luck, and most dangerously, love. (Hamish Hamilton)

“An ultra-intelligent and knowing account of life in the developing world, as well as an increasingly moving love-story, as the couple’s intermittent affair punctuates our hero’s rise and then fall. Simply brilliant.”

“It is a measure of Mr. Hamid’s audacious talents that he manages to make his protagonist’s story work on so many levels. “You” is, at once, a modern-day Horatio Alger character, representing the desires and frustrations of millions in rising Asia; a bildungsroman hero, by turns knavish and recognizably human, who sallies forth from the provinces to find his destiny; and a nameless but intimately known soul, whose bittersweet romance with the pretty girl possesses a remarkable emotional power. With How to Get Filthy Rich in Rising Asia Mr. Hamid reaffirms his place as one of his generation’s most inventive and gifted writers.”

“The second person voice allows Hamid to move around his hero’s life – and sometimes to move away from it altogether – much more nimbly than would be possible in a traditional first- or third-person narrative. The self-help device also allows him to dispense nuggets of genuine wisdom: love “dampens the fire in the steam-furnace of ambition”; nepotism “is not restricted to swaggering about in its crudest, give-my-son-what-he-wants form. It frequently assumes more cunning guises, attire, for example, or accent.” If the conceit is ultimately a bit gimmicky, Hamid’s style rescues it from becoming irritating.”

“ it shows a writer at the height of his powers, with a hell of a story to tell. Like most good novels, it is in one sense archetypal – rags-to-riches, boy-meets-girl – while in another, it is highly specific to the society in which it is set: feudalism, the clan system, radical Islam and water shortages are all there, woven into the fabric of the story. Unlike The Reluctant Fundamentalist, it’s not decorous and elegant. It’s rude and gaudy, loaded with sentences that positively bulge with their desire to bear witness …”

““It’s remarkable,” the narrator notes, “how many books fall into the category of self-help.” Tongue only slightly in cheek, he posits that there is little difference between reading literary fiction and reading a textbook of self-improvement. Both are motivated by a desire for understanding, and a belief that it is “good for you”. In its compassionate glimpse into another’s life, Hamid’s novel suggests that the routes to success prescribed by self-help books are less hopeful and compelling than the moments that a novel so treasures, the moments in which life is lived.”

“Towards the end, the narrator loses interest in “rising Asia”. Instead, he turns to the nature of help: writing it, offering it, accepting it. As an old man, you learn to rely on others and to give help that goes beyond the financial. The pretty girl reappears and at last becomes something more than a femme fatale. You, too, become frail and real, an individual rather than a type. There is happiness in companionship; love is more important than money. This sounds like, and could be, a pedestrian conclusion. How to Get Filthy Rich In Rising Asia turns out to be as much moral fable as it is satire. Fortunately, Hamid makes each mode as fresh as the other.”

“It is usually self-advertising hyperbole when authors talk of their characters “taking on a life of their own”. But, without giving away the swift and subtle twists by which it is achieved, this is what happens here, as Hamid’s self-made protagonist — and his double, the “pretty girl” — outgrow the generic go-getting roles originally assigned them. Interestingly, they do this not through extraordinary acts or eye-catching quirks, but through the very ordinariness with which their lives gravitate towards human rather financial concerns. ”

“The danger of framing a novel in this way is that it may be constricted by the limitations of the genres it seeks to expose. And the truth is that How to Get Filthy Rich in Rising Asia, while effective as satire, works less well on the human level. The basic problem is that the generalising tendencies of self-help (a genre whose goal is to suggest that we are basically all the same) rubs up against literature’s need for specificity. ”

“Hamid’s new book, How to Get Filthy Rich in Rising Asia, adopts the second person throughout, partly via the conceit that it’s a self-help manual. As conceits go, this one broadly works. Once we’re into the depths of what is actually quite a rich and intricate story, though, it becomes a hindrance. Nothing is named, neither people nor place. It’s an appeal to the universal, this, and in the early stages of our story, when our hero (you) is one impoverished boy among millions in somewhere that is almost certainly India, but might feasibly be Pakistan or even somewhere else, it makes everything suitably vast, wobbly and aspirational.”

“There’s a tremendous energy about the novel, reflected in the protagonist’s unstoppable drive, but sometimes one wishes it didn’t move quite so fast. Whole stages of life pass by in a few pages and given Hamid’s rich descriptive skills, it’s tempting to imagine a larger novel which burrowed deeper into the specificities of the central figure’s struggle and environment.”

“Hamid has said that what he likes about the second person is that ‘it can be either very close and very near, or you can zoom back to a cosmic, almost religious text’. But his lens loses focus in the zooming. He can’t seem to make up his mind about when to keep his protagonist at arm’s length and when to make us empathise; or whether he even likes his ‘you’. One minute, the character is engaging in a genuinely moving scene of reconciliation with a lover; the next, his sister is dead and we have no idea how he feels. While there is an authenticity to this – other people will always remain unfathomable; people can be both likeable and unpleasant – it also leaves the reader feeling stranded.”

“It is this daringly original narrative conceit that simultaneously launches us into the drama and distances us emotionally from its characters. The langauge is lean, witty, and begins by hitting just the right note of breezy pastiche. Gradually the self-help concept begins to jar, and the omniscient tone sounds increasingly grating.”

“Its refusal to locate its protagonist geographically is fatal. There is no generic subcontinental experience, even for the poor. Differences in place, caste and religion — and, of course, personality — are all-important. Karachi is a city mired in Islamic fundamentalism and racked by near-daily shootouts; Delhi is a gruff and gaudy, ever-expanding construction site; Mumbai is cosmopolitan, with a faded sensuous glamour. In seeking to create an everyman, Hamid has created an under-described, flavourless novel that strikes a condescending pose of empathy with the poor while only revealing Hamid’s lack of interest in them.”