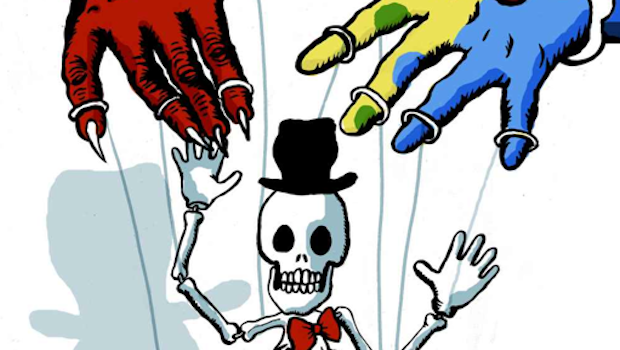 Hello and Goodbye by Patrick McCabe

Blurb: HELLO MR BONES: two damaged souls have, thanks to each other’s love, turned their lives around. But as London’s weather takes a turn for the worse, so do their fates, when raw evil runs riot the night of the impossible hurricane. GOODBYE MR RAT: an IRA bomber watches over his ex-lover as she takes his ashes back to his rural hometown. This girl from northern Indiana may not be ready for rural Ireland, yet the townsfolk of Iron Valley certainly have plans for her… (Quercus, 2013)

“Details of both novels are laid out in hoodwinks, sly remarks and warped sexual innuendoes, rather than a plot line of the conventional sort. Over his distinguished career, McCabe has probably written too much fiction for his own good. Sometimes this has damaged his reputation. But this latest offering is a rewarding experience which sees the master of the Irish gothic genre return to his best form in years.”

“Classic horror tropes – arachnophobia, coulrophobia (a fear of clowns), masks, puppets – recur alongside erudite references. Beni is inspired to write a play by the man Gabriel calls Mr Double-You-Bee, WB Yeats. Milton is mentioned, as is the poet John Berryman, whose Dream Songs feature a sinister voice, Mr Bones … Taken together, though, the novellas intertwine in fascinating ways, echoing and reflecting each other. If MR James wins in the jump-out-of-your-seat factor, McCabe, with his unflinching gaze on Ireland’s still-festering recent history, summons up horrors that are not quite so easy to dismiss.”

“If the narrative voice of Mr Bones recalls that of another amoral Anglo-Irish murderer, John Banville’s Freddie Montgomery from The Book of Evidence trilogy, the spirit of McCabe’s second novella, Goodbye Mr Rat, is Samuel Beckett all the way: the main character is interred in an urn.”

“Although the novellas explore similar themes, they are not artistically satisfying; like jigsaw pieces from different boxes, they don’t quite fit together. They do, however, genuinely instil a sense of dread.”

“In Goodbye Mr Rat, an IRA bomber now a pile of ashes in an urn, is taken back by his American girlfriend to Ireland. Gabriel King’s ashes flippantly comment on events when, far from welcoming his remains, former comrades denounce him as a rat who betrayed them. The tale will appeal to lovers of the grotesque.”

Hello and Goodbye by Patrick McCabe The Omnivore 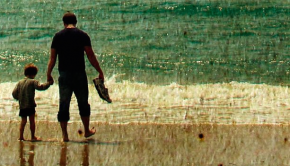