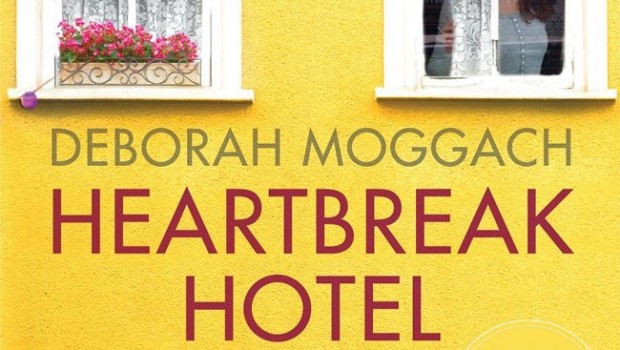 Blurb: At Myrtle House, the twin beds have never been so busy… The irrepressible Russell ‘Buffy’ Buffery has upped sticks from London and moved to a decrepit B&B in rural Wales. He needs to fill the beds, and what better way than with ‘Courses for Divorces’, his new money-making wheeze. Those checking in include: Harold, whose wife has run off with a younger woman; Amy, who’s been unexpectedly dumped by her (not-so) weedy boyfriend and Andy, the hypochondriac postman whose girlfriend is much too much for him to handle. Under Buffy’s tutelage, these casualties of the marriage-go-round find themselves re-learning all those skills never thought they’d need again, and a whole lot more besides… (Chatto & Windus, 2013)

“She’s witty, on the button when it comes to the state of the nation and, above all, heroically generous with the warmth she dispenses. It’s a real skill to do this without descending into sickliness. Perfect for easing into autumn.”

“The joy lies in the delightful characters and the wry, pin-sharp commentary on their shenanigans. Bliss.”

“Halfway to a sitcom, this is a comic performance so footsure it almost tap-dances.”

“There’s a generous warmth to Moggach’s characterisation. She has plenty of fun with Buffy’s slightly hammy cast in what is essentially a well spun comic yarn, probing personal foibles and ill-advised attachments (including Buffy’s own chaotic amorous history) for the gentle edification of all.”

“Moggach leads her lively – and occasionally confusing – cast of characters on a merry mating dance, as everyone finds the heart-ease they’ve been missing. Really, though, this is all about facing up to the ageing process, and coming to terms with the changes, compromises, and legacies of a lifetime’s good and bad decisions. It’s a novel that’s not afraid of shining a light on a host of good reasons for getting undressed in the dark, and a wealth of other age-related indignities. ”

“Although the plot twists are a touch predictable, this is a funny book. There is plenty of life and conversation left in Buffy, the florid, bearded, portly actor turned hotelier. Once Buffy’s complicated backstory, with his three marriages, one stepdaughter and five children by four different women, is sorted out, the reader can enjoy Moggach’s wry take on life.”

“The author’s light touch and humour keep the tale rattling along. It takes a while to tie up all the loose ends and some characters’ fates are left hanging, so there’s plenty of material here for a follow-up.”

“Moggach assembles a lively crowd, but perhaps too many people: characters are often established at more length than necessary, but rapidly disposed of once they’ve arrived. However, despite the uneven pace and some clunking jokes, there’s all the warmth and humour you’d expect from Moggach, as well as moments of beautifully expressed insight into her lonely hearts.”

“It certainly isn’t much fun to read. It’s not just that I’m not that keen on Dutch caps and the c- word appearing on page 2; the whole book reads like an amalgamation of what’s left on the literary bric-a-brac stall when all the good stuff’s gone. Did wonder if it was a generational thing so tried it on my mum who refused to read past the first chapter but by contrast absolutely loved the Maggie O’Farrell. ”