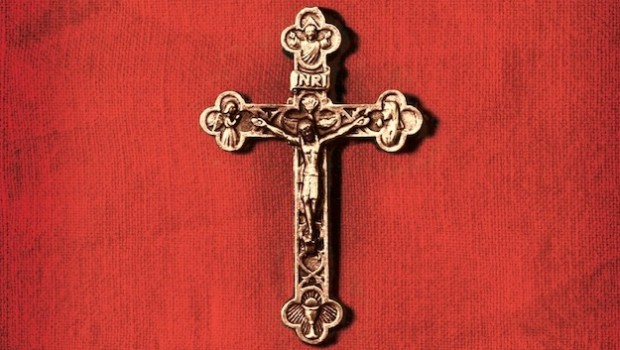 Blurb: The Catholics of Elizabethan England did not witness a golden age. Their Mass was banned, their priests were outlawed, their faith was criminalised. In an age of assassination and Armada, those Catholics who clung to their faith were increasingly seen as the enemy within. In this superb history, award-winning author Jessie Childs explores the Catholic predicament in Elizabethan England through the eyes of one remarkable family: the Vauxes of Harrowden Hall. God’s Traitors is a tale of dawn raids and daring escapes, stately homes and torture chambers, ciphers, secrets and lies. From clandestine chapels and side-street inns to exile communities and the corridors of power, it exposes the tensions and insecurities masked by the cult of Gloriana. Above all, it is a timely story of courage and frailty, repression and reaction and the terrible consequences when religion and politics collide.

“Childs ends with a reflection: “Combatants and weapons may change, but in its ambition for mass destruction, the powder conspiracy was a precursor for the callous and calculated plots of our own time.” Conversely, in considering the fundamentalisms of today, it’s as well not to forget our own gruesome and intolerant past, and Childs has employed her impressive research skills and storytelling verve to bring that past vividly to life.”

“God’s Traitors, with its crisp prose and punctilious scholarship, brilliantly recreates a world of heroism and holiness in Tudor England. While it adds little to what historians already know about the Elizabethan Catholic underground, as a mainstream history it is little short of a triumph.”

“Jessie Childs tells an exciting story and also suggests how a major aristocratic family might be half in and half out of the establishment at the same time. Through her recovery of these people’s lives (and her research is really very thorough) we encounter the web of influence generated by the Vaux and other highborn Catholics. This undoubtedly helped to shape the course of events in Elizabethan England in ways which traditional accounts of the period — so often wedded to the cult of monarchy and the genesis and genius of Anglicanism — are frankly unwilling to admit.”

“Childs demonstrates repeatedly that not all Catholics were innocent victims of a paranoid state, any more than all agents of the state were sadistic pigs like Topcliffe. All the same, this vivid, minutely researched and brilliantly original history is a much-needed look at the dark side of the Elizabethan age, which leaves us in no doubt of the misery that can engulf a people when God and Caesar collide.”

“Childs writes in a breezy, engaging style, of a period in English history too often clogged by breathy romance or earnest sanctimony. She treats both Catholic and anti-Catholic bias (most sources are slewed by one or the other) with the proper circumspection; refreshingly, when she is speculating, she says so… God’s Traitors is scholarly, absorbing, even-handed and relevant.”

“Excellent… Ms Childs has written an engaging history of English papists, filled with memorable episodes. It poses a number of good questions about liberty and security. Was the Elizabethan state right to suppress certain freedoms? Catholics were certainly a threat to England. But cutting them from their pope, turning belief into treason, asking papists to choose between their queen and their god seems self-defeating. Enemies of the state tend to fight back.”

God’s Traitors: Terror and Faith in Elizabethan England by Jessie Childs The Omnivore