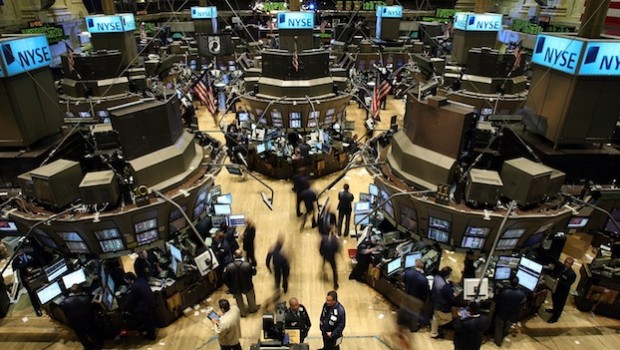 Blurb: If you thought Wall Street was about alpha males standing in trading pits hollering at each other, think again. That world is dead. Now, the world’s money is traded by computer code, inside black boxes in heavily guarded buildings. Even the experts entrusted with your cash don’t know what’s happening to it. And the very few who do aren’t about to tell – because they’re making a killing. This is a market that’s rigged, out of control and out of sight; a market in which the chief need is for speed; and in which traders would sell their grandmothers for a microsecond. Blink, and you’ll miss it. In Flash Boys, Michael Lewis tells the explosive story of how one group of ingenious oddballs and misfits set out to expose what was going on. It’s the story of what it’s like to declare war on some of the richest and most powerful people in the world. It’s about taking on an entire system. And it’s about the madness that has taken hold of the financial markets today. You won’t believe it until you’ve read it.

“When the stories of our times are told, there will be no more seminal documents than the books of Michael Lewis… FBI investigators into HFT are, apparently, poring over the detail of Flashboys. Should any of this techno-finance matter to the rest of us? At the very least, it is highly readable evidence that since the colossal malpractice that brought the world close to bankruptcy half a decade ago, the sharp-end tools of greed that make instability and collapse more likely have not gone away, they have just got much, much faster.”

“Because Mr. Lewis is at the helm finding clear, simple metaphors for even the most impenetrable financial minutiae, this tawdry tale should make sense to anyone. And so should its shock value. Flash Boys is guaranteed to make blood boil.”

“Writing a book about socially dysfunctional pointy heads with beards, bad hair and glasses who spend day and night writing code “to discern cumulative pattern recognition, latency time and rebate arbitrage” is no easy task. And there are some data-induced lulls in this book. But Lewis pulls it off ultimately by doing what he does best: picking up his reporter’s notebook… Lewis hopes Flash Boys will be the wake-up call that Liar’s Poker was not. If it is, we will all be better off. If not, there will be another book out there in a year or two by the chronicler of the greatest story of our age.”

“I am not sure how wide the audience for Flash Boys is: many people want to read about baseball or football but fewer yearn to know about algo­rithmic trading. But anyone with a vague interest will get a lot out of Lewis’s journey through the world of HFT, featuring fibre optic cables in New Jersey, Russian software engineers and the off-exchange trading venues known as “dark pools”. Above all, Lewis has a gift for narrative.”

“He is that rare beast: an insider who writes lucid, jargon-free prose and who never loses track of his ultimate responsibility to the story. He is perhaps the American equivalent of John Lanchester, but where Lanchester has produced a non-fiction account of the financial world, Whoops!, and a novel, Capital, dramatising the human story, Lewis has merged the two – factual books that read like novels.”

“It’s obvious from Flash Boys that something is going wrong in the markets… Whether High Frequency Traders are really involved in a form of market rigging is harder for a non-expert to tell. Flash Boys is admirably clear and compelling. It does a remarkably good job at explaining complicated concepts to the lay reader. But it can’t make you a financial expert in 300 pages. You are left having to trust Lewis and Katsuyama, which is a slightly uncomfortable feeling”

“When it comes to narrative skill, a reporter’s curiosity and an uncanny instinct for the pulse of the zeitgeist, Lewis is a triple threat… But those formidable talents are only intermittently on display in this ultimately unsatisfying probe of high-­frequency traders, who may (or may not) be ripping off investors and destabilizing the global financial system… Lewis never penetrates their high-tech lairs, or even seems to have tried. Who are these people? What are they like? How do they do what they do? How much money do they make and what do they do with it? And are they really so bad?”