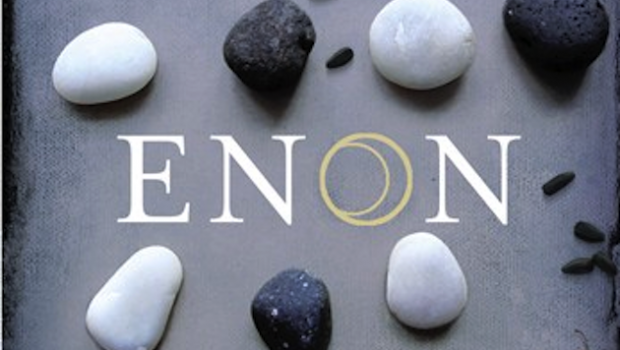 Blurb: Harding follows a year in the life of Charlie Crosby as he tries to come to terms with a shattering personal tragedy. Grandson of George Crosby (the protagonist ofTinkers), Charlie inhabits the same dynamic landscape of New England, its seasons mirroring his turbulent emotional odyssey. Along the way, Charlie’s encounters are brought to life by his wit, his insights into history, and his yearning to understand the big questions. (Random House, 2013)

“Harding is an extraordinary writer, for the intoxicating power of his prose, the range of his imagination, and above all for the redemptive humanity of his vision. With painstaking brilliance, Enon charts one man’s attempt to salvage meaning from meaningless tragedy, to endure the ubiquitous presence of a loved one’s absence. A superb account of the banality and uniqueness of bereavement, it more than earns its place alongside such non-fictional classics as Joan Didion’s The Year of Magical Thinking and CS Lewis’s A Grief Observed.”

“Enon isn’t a consoling read but it is, somehow, a joyful one. The joy is in the light the book shines in dark places, the artist giving ugly moments the beauty they are due. At one point Charlie is so hollowed out by grief that he thinks of himself as a spirit, ‘a ghost, listless and confined … relegated to examining the details of the lives of strangers’. It ’s a telling observation.”

“Cynics might question the way that Charlie’s voice – lucid, imaginative, ironic – stands at odds with the downward spiral he describes. The contrast between voice and theme is an effect of Harding’s decision to have Charlie tell his own story in the past tense, a form that processes the rawest of subjects. When Charlie reports walking into a lake to drown himself, the very existence of these statements implies a counter-narrative of consciousness and purpose regained.”

“Harding writes with superb sensitivity about the mental and physical effects of a broken heart.”

“Harding’s prose is perfect – simple, sharp and creative – but the harsh subject matter and intense focus make Enon a tough read: the pain felt by a parent who has lost a child is dwelt on without relief. Enon is a meticulously crafted exploration of a kind of bereavement that is commonplace yet life-wrecking.”

“If Charlie’s voice seems a bit too alert under the circumstances — what minute in a man’s life could match the somnambulistic horror of having to choose clothes for his daughter’s cremation? — it’s because, channeling his creator’s gifts, he’s unsuited to the task at hand. Speaking his pain, he misses the feeling of it. Embroidering on everything he sees, he undercuts our belief with every stitch. The grammar of silence is unfamiliar to him.”

“Enon sound irredeemably mawkish but it isn’t, and only very occasionally do you feel the urge to slap Charlie around the face and tell him to pull himself together. Most of the time his pain feels raw enough and real enough to keep you on his side, and besides, he’s good company, and the inside of his head is a darkly fascinating place to be.”

“If it sounds plotless, it is, although the action picks up a little when Charlie starts breaking into people’s homes to steal their painkillers.”

“Enon excels at being truthful to the emotional experience of time, rather than linear or clock time, showing characters’ minds making “little loops back in time” to before Kate died, flashing to the future, attempting to avoid the often “unbearable” and “intolerable” present moment.”

“Though Charlie’s reminiscences provide a regular jolt, the inexorable logic of the breakdown forms a narrative arc whose shape we know too well. Addiction leads to sloth leads to poverty leads to theft. Things get worse before they get better. And it isn’t only a breakdown narrative, but one told from a point of recovery, with little attempt to capture the turbulence named. As Charlie the character endures his familiar symptoms, Charlie the narrator provides his even-handed and frictionless account. Raw anguish becomes reassuring adjective (dreams are the “usual bizarre, fractious affairs”, withdrawal is “grisly and horrific”), with an effect on the reader no less dulling than those of Charlie’s painkillers and muscle relaxants.”

“Fleshed out with flashbacks of happy family life as well as his childhood in Enon, this novel will polarise its readers into those who will empathise and sob along with Charlie, or those like me, who may appreciate the fine writing whilst struggling to stifle a yawn at this relentless howl of anguish.”

“Dialogue is not a Harding strong suit, which makes scenes such as Charlie’s repeated encounters with his dealer both tedious and difficult to believe. The broader detailing of his deterioration can feel repetitive, as well. But the most problematic part of the realistic narrative is Susan’s exile from it. A week after Kate’s mother leaves, Charlie thinks briefly about calling her, but the idea never crosses his mind again. And while it’s true that losing a child can destroy a marriage — and entirely plausible that Charlie might not be much help to a grieving wife — the notion that he doesn’t even think about her, except in flashback, is simply not credible.”

“Harding maps his protagonist’s broken inner world in fine, elegiac prose, but the narrative is too repetitive and too solipsistically focused on Charlie ever to come alive.”

Enon by Paul Harding The Omnivore