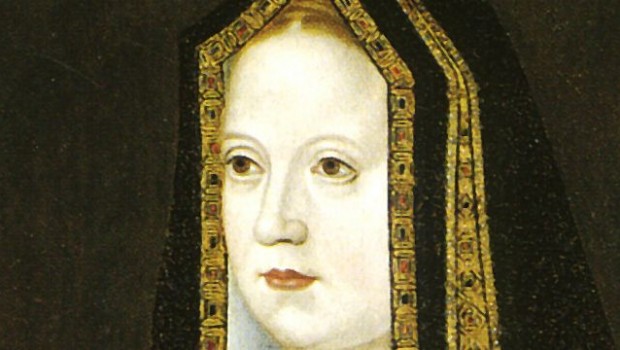 Blurb: Elizabeth of York would have ruled England, but for the fact that she was a woman. The eldest daughter of Edward IV, at seventeen she was relegated from pampered princess to bastard fugitive, but the probable murders of her brothers, the Princes in the Tower, left Elizabeth heiress to the royal House of York, and in 1486, Henry VII, first sovereign of the House of Tudor, married her, thus uniting the red and white roses of Lancaster and York.

Elizabeth is an enigma. She had schemed to marry Richard III, the man who had deposed and probably killed her brothers, and it is likely that she then intrigued to put Henry Tudor on the throne. Yet after marriage, a picture emerges of a model consort, mild, pious, generous and fruitful. It has been said that Elizabeth was distrusted and kept in subjection by Henry VII and her formidable mother-in-law, Margaret Beaufort, but contemporary evidence shows that Elizabeth was, in fact, influential, and may have been involved at the highest level in one of the most controversial mysteries of the age.

Alison Weir builds an intriguing portrait of this beloved queen, placing her in the context of the magnificent, ceremonious, often brutal, world she inhabited, and revealing the woman behind the myth, showing that differing historical perceptions of Elizabeth can be reconciled.

“Weir is a fine writer, with a wonderful gift for description … Weir believes that Elizabeth was not only willing but eager to marry her uncle, Richard III … Not everyone will agree with this interpretation and it should be made clear that Weir is no apologist for Richard III. Indeed, she has always been forthright in her views as a historian and it is one of the reasons that she is so readable … Elizabeth of York lived through some of the most tumultuous times of English history. She has long deserved a thorough biography and Alison Weir has done her proud.”

“The primary sources for her life and character are scarce and, for various political reasons, sometimes contradictory; but Alison Weir is so sure-footed within the last days of the medieval period and so careful to seek out corroborative evidence that her interpretation of character and events, often necessarily speculative, is convincingly balanced. The compelling drama of Elizabeth’s life, the traumatic perils she faced as a young woman, the murder of her brothers by Richard III and the later mystery of Perkin Warbeck, is richly presented in a brutal tale of the early Tudor ascendancy.”

“She has a good eye for period detail — and her re-creation of the late 15th-century domestic and ceremonial world is terrific … When it comes to really interrogating her subject, however, Weir is on thin ground. Not only did Elizabeth leave little in the way of telling materials for the construction of a biography this fat (more than 500 pages), she was also, even by the standards of her age, a remarkably passive player in English politics: more often a vessel for dynastic ambition than a stirrer of history in her own right. The result is that even at the most important moments of her life — the point at which she might have been married off to Richard, for example — Weir is reduced to looking for evidence in sources such as The Song of Lady Bessy. This is a fictional poem about the battle of Bosworth, which Weir admits is “doggerel”, but that she still uses extensively to postulate Elizabeth’s actions and feelings in 1485.”

“There remains a huge question mark at the heart of the book. Everything is guesswork. Weir does her best, lingering at some length on events during Elizabeth’s childhood. She sketches the background to the “Cousins’ Wars”, as the Wars of the Roses were known until Elizabethan times. She seems to obsess about the Princes in the Tower, returning to them time and again. She also makes a meal of Richard III’s reign, fascinated by the (very thin) evidence of Elizabeth’s apparent ambition to marry the man widely believed to have murdered her brothers. It seems far more likely that it was her mother Elizabeth Wydeville who was clutching at any available straw that might enable her family to survive. The book takes off as a biography halfway through, when Henry Tudor seizes the throne in 1485 and grudgingly agrees to marry Elizabeth.”

Elizabeth of York: The First Tudor Queen The Omnivore