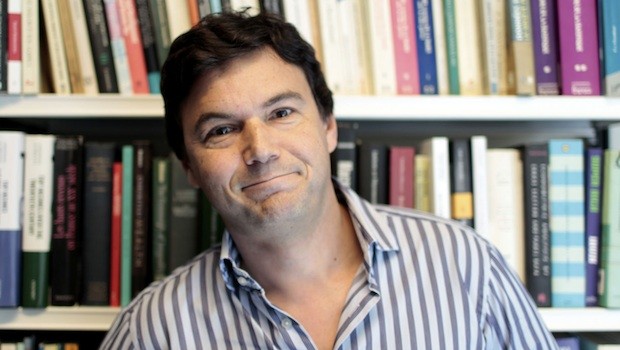 Capital in the Twenty-First Century by Thomas Piketty

Blurb: What are the grand dynamics that drive the accumulation and distribution of capital? Questions about the long-term evolution of inequality, the concentration of wealth, and the prospects for economic growth lie at the heart of political economy. But satisfactory answers have been hard to find for lack of adequate data and clear guiding theories. In Capital in the Twenty-First Century, “Thomas Piketty analyzes a unique collection of data from twenty countries, ranging as far back as the eighteenth century, to uncover key economic and social patterns. His findings will transform debate and set the agenda for the next generation of thought about wealth and inequality. Piketty shows that modern economic growth and the diffusion of knowledge have allowed us to avoid inequalities on the apocalyptic scale predicted by Karl Marx. But we have not modified the deep structures of capital and inequality as much as we thought in the optimistic decades following World War II. The main driver of inequality–the tendency of returns on capital to exceed the rate of economic growth–today threatens to generate extreme inequalities that stir discontent and undermine democratic values. But economic trends are not acts of God. Political action has curbed dangerous inequalities in the past, Piketty says, and may do so again. A work of extraordinary ambition, originality, and rigor, Capital in the Twenty-First Century “reorients our understanding of economic history and confronts us with sobering lessons for today.

Thomas Piketty’s Capital: Everything you need to know about the surprise bestseller | Paul Mason | The Guardian

“Magnificent… Piketty has written a truly superb book. It’s a work that melds grand historical sweep—when was the last time you heard an economist invoke Jane Austen and Balzac?—with painstaking data analysis. And even though Piketty mocks the economics profession for its “childish passion for mathematics,” underlying his discussion is a tour de force of economic modeling, an approach that integrates the analysis of economic growth with that of the distribution of income and wealth. This is a book that will change both the way we think about society and the way we do economics.”

“What Piketty has done is provide a strong factual understanding for how modern capitalist economies diverge from the image of risk-taking and productive commercial activity. At the very least, the book effectively debunks the notion that there is an economic imperative for low tax rates and a smaller state… Are his remedies feasible? That goes strictly beyond economics, for implicit in Piketty’s argument is an appeal to fairness.”

“French economist Thomas Piketty has written an extraordinarily important book. Open-minded readers will surely find themselves unable to ignore the evidence and arguments he has brought to bear… Yet the book also has clear weaknesses. The most important is that it does not deal with why soaring inequality – while more than adequately demonstrated – matters.”

“The French scholar is a fine teacher. One of the reasons for the book’s 600-plus page length is that he takes the reader back to first principles, assuming no specialist knowledge. The English translation by Arthur Goldhammer is limpid. Piketty says he wants the book to be widely read and his ideas debated. He has succeeded. Questions of economic theory have now reached an uncommonly large audience. And people are relating these ideas to the world around them – something that will doubtless please Piketty even more.”

“A serious, thought-provoking book is to be welcomed. Nevertheless, the claims made for Piketty’s book are exaggerated. It gives a fairly complete description of what we know about changes in the distribution of income and wealth over several centuries. Piketty has some important things to say about recent developments in inequality and where they might lead. But his enthusiasm to portray his work as a theory of capitalism detracts from them. It is silly to describe an accounting identity (an equality that holds firm whatever the actual numbers) as a “fundamental law of capitalism”. Accounting identities can be useful ways of organising data and even ideas. But they do not constitute theories because they can never be rejected whatever the pattern of underlying behaviour. And Piketty’s predictions are little more than speculation.”

“These fantastical wheezes would amount to a huge advance in state control and diminishment of freedom and enterprise. Although Piketty may have discarded the old clonking class rhetoric, this decaff Marxism would be just oppressive and intrusive as the old variety.”

Capital in the Twenty-First Century by Thomas Piketty The Omnivore 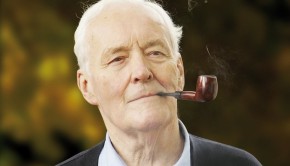 A Blaze of Autumn Sunshine: The Last Diaries by Tony Benn, edited by Ruth Winstone → 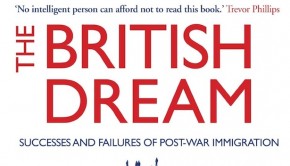 The British Dream: Successes and Failures of Post-war Immigration by David Goodhart →