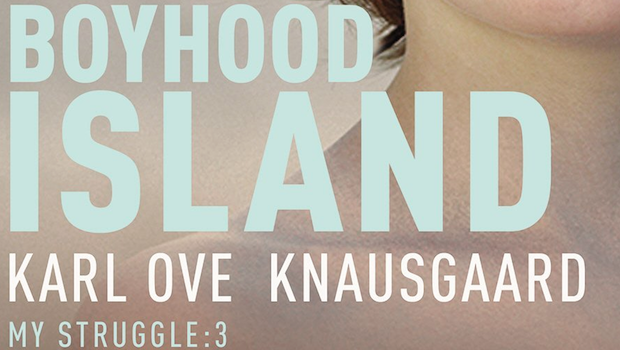 Blurb: Childhood is exhilarating and terrifying. For the young Karl Ove, new houses, classes and friends are met with manic excitement and creeping dread. Adults occupy godlike positions of power, benevolent in the case of his doting mother, tyrannical in the case of his cruel father. (Harvill Secker, March 2014)

“Knausgaard employs his own literary artfulness to release a presentation of his young evolving self — in roughly chronological order, but expanding or foreshortening according to thematic demands — with an immediacy as astonishing as that of its two predecessors.”

“Behind all the Seventies pop-cultural allusions – Status Quo, Queen and Slade; Kevin Keegan and Kenny Dalglish; John McEnroe and Wilbur Smith; Norwich, Stoke and (wild-child Karl Ove’s favourite) Wolves – loom the shades of myth. Not only the “intense thrill” of nascent desire but the “kingdom of death” lies all around the growing boy. Despite the hallucinatory detail, never forget Knausgaard is writing symbol-laden fiction. When, near the finale, the fledgling adolescent leaves for high school and “stops praying to God”, he marks the rite of passage by scrumping a plump and juicy apple. We get the point.”

“Composed in the eye of the publicity hurricane that followed the first two volumes, this is a notably safer novel. The slackening in the drama is palpable. While the child’s-eye views of Knausgaard’s father bring a horrid urgency to the passages in which he appears, the broader picture of childhood gains little from his blandly accretive style. What’s missing is the fervent and searching examination that the Knausgaard of the first two volumes brings to his project’s legitimacy.”

“It concerns itself exclusively with the way things felt – desperate, shameful, unfair – to the seven-year-old, the ten-year-old, the 12-year-old Karl Ove, and so it is very similar indeed to Mars-Jones’s books, Pilcrow in particular. Both Karl Ove and Mars-Jones’s narrator John Cromer are prone to tears; both have strict and unhugging fathers (though Karl Ove’s is more brutish); both swing between delight and disappointment (though Karl Ove swings more wildly); both make countless topical references; both engage constantly in tail-eating boy-logic; both describe a television turning off; and so on.”

“Boyhood Island is set almost entirely in Karl Ove’s childhood; the narrator’s vocabulary and vision are pointedly narrower. Complaints about the tedium of family life (or the joys of writing) are replaced with sheer enthusiasm (the smell of his football uniform, a secret dumping ground in the woods, A Wizard of Earthsea by Ursula Le Guin, listening to “Norwegian Wood” by the Beatles, and the feeling of a girl’s little breasts under a white blouse are all “fantastic”).”

“This volume is — or should be — the key to later family traumas: his parents’ divorce and his father’s alcoholism and squalid death, explored in Volume 1 in unflinching detail. Knausgaard’s daily hatred and fear of his angry father are painfully clear here. Yet his father remains an enigma.”

“Boyhood Island is a classic coming-of-age story — a Norwegian Paddy Clarke Ha Ha Ha — albeit of a particularly unformed and sprawling kind, set on the island of Tromoya in southern Norway in the 1970s and 1980s … Knausgaard has taken the decision to exile his grown-up voice from the story, which is a great mistake … Where the first two books offered long, monotonous sections as a foil to the more gorily riveting episodes — such as the cleaning of the filthy house where his father drank himself to death — the new novel offers little else.”

Boyhood Island: My Struggle: 3 by Karl Ove Knausgaard The Omnivore