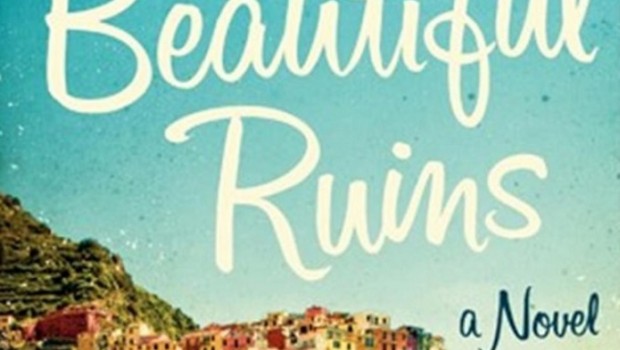 Blurb: The story begins in 1962. Somewhere on a rocky patch of the sun-drenched Italian coastline a young innkeeper, chest-deep in daydreams, looks out over the incandescent waters of the Ligurian Sea and views an apparition: a beautiful woman, a vision in white, approaching him on a boat. She is an American starlet, he soon learns, and she is dying. And the story begins again today, half a world away in Hollywood, when an elderly Italian man shows up on a movie studio’s back lot searching for the woman he last saw at his hotel fifty years before. (Viking)

“In general, novels that combine trendy text-within-texts, switches between eras, complicated plot strands and multiple points of view can quickly become ­tiresome. Walter, however, weaves all this together without strain or pretension; without going too far; without becoming annoyingly self-referential or losing the narrative momentum. It is an impressive achievement.”

“It opens like a movie; you can almost hear the swelling soundtrack, promising a good old-­fashioned, escapist story, even as it is imbued with a knowing — and often hilarious — satirical edge. And it ends like a movie, too, with a heaping helping of tied-up satisfaction, leaving at least this reader with a song in her heart and a yen for Chinese food. But if you’re not hooked, I bet you’ll like Beautiful Ruins even more — because the surprising and witty novel of social criticism that flows from its lush, romantic opening offers so much more than just entertainment in terms of scope, emotional range and formalist invention.”

“As with any story that relies on scrambled chronology, it’s worth wondering how Beautiful Ruins would work as a straightforward narrative. Not as well. Moments of confusion would vanish, but so would the magic. Mr. Walter has always been more intuitive than linear, a believer in capricious destiny with a fine, freewheeling sense of humor. The deeply romantic heart of Beautiful Ruins is better expressed by constant circling than it would by any head-on approach.”

“Everyone is a character in everyone else’s script in this intricately plotted novel, however minor the role. Life imitates art, and art is drawn from life, while reality overlaps with fiction in the form of crowd-pulling appearances from Richard Burton and an offstage Elizabeth Taylor, the stars of Cleopatra. Walter creates an epic all of his own here – one that took him 15 years to write. The end result, however, is well worth the wait.”

“… romantic, but Beautiful Ruins is also very funny, and nowhere more so than in the sections about present-day Hollywood that intercut the central story.”

“There are about 97 other plot strands, supporting characters and excerpts from imaginary film scripts, ranging from homelessness in Edinburgh to community theatre in Idaho. Not quite as literary as it would like to be – especially with grand faux pas such as the lengthy set piece in which Richard Burton spouts the most hilariously misconceived Welsh-English idiom – yet the glorious scenery, affecting characters and powerful image of a love that endures even after a lifetime apart all combine to make this a sparkling summer read underpinned by a well-thought-out disquisition on modern storytelling.”

“Beautiful Ruins is jam packed full of intriguing characters but Walter doesn’t skimp on the smaller roles. It’s vivacious storytelling and Walter is clearly smitten with the many inventive ways a tale can be told.”

“The fine writing and its engagement with the Big Subjects (war, love, duty, redemption) signal its ambitions to be more than a sophisticated beach book, yet everything feels loosely sketched. It’s impossible to care about any of the characters because we are rushed in and out of their lives, their relationships are too predictable, and they are flattened by cliche.”