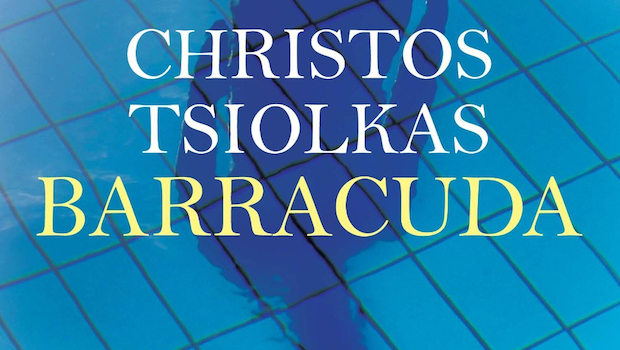 Blurb: Daniel Kelly, a talented young swimmer, has one chance to escape his working-class upbringing. His astonishing ability in the pool should drive him to fame and fortune, as well as his revenge on the rich boys at the private school to which he has won a sports scholarship. Everything Danny has ever done, every sacrifice his family has ever made, has been in pursuit of his dream. But when he melts down at his first big international championship and comes only fifth, he begins to destroy everything he has fought for and turn on everyone around him. (Atlantic Books, January 2014)

“It is no coincidence Dan Kelly should recall another Melbourne outcast, Ned Kelly, who fought against the cruel and complacent middle classes. However, Dan is a true avatar of Richie, the boy whose story closed The Slap. Their acquisition of wisdom is a painful process. Convinced they are bad, they ultimately find the goodness within. Barracuda may tell an old, old story, but it has rarely been told in a better way.”

“I began Barracuda with some trepidation. Twelve pages in and I found myself struggling. The novel felt two-dimensional, too pat in its inverted snobbery, over-solicitous of sympathy on behalf of its protagonist … I could not have been more mistaken. By page 70, as assiduous mother shaved the body hair from ambition-maddened son in a motel room before the 1996 Olympics 1500m freestyle swimming final, I realised I was reading something resonant, epic and supremely accomplished. Thereafter, I found myself more and more admiring of the subtle, textured, profoundly human way that Tsiolkas was handling his subject. And I finished Barracudaon a high: moved, elated, immersed.”

“In a narrative structure that switches between past and present, and between the “breathing in” of Danny’s initial escape from his origins and the “breathing out” of his learning to live a new life, Tsiolkas writes with compelling clarity about the primal stuff that drives us all: the love and hate and fear of failure. He is also brilliant on the nuances of relationships … There are shades of Faulkner in this brilliant, beautiful book. If it doesn’t make you cry, you can’t be fully alive. ”

“Barracuda is the writer’s fifth novel and follows the previous four, especially The Slap and Dead Europe, in conducting a loud and provocative argument about what it means to be Australian. Half-Greek, gay and dubious about sport, Tsiolkas has the perspective of a triple outsider and, in both the Olympics opening ceremony scene and at a tense meal that takes place on Australia Day, characters challenge, with blistering invective, the image of the nation promoted by its politicians and marketers … what makes Barracuda a profound work of fiction rather than an anti-government pamphlet is that the attractive aspects of the Australian character – wit, vigour, optimism – and the astonishing beauty of the light and landscape are also given their due: characters who try to leave Australia are generally drawn back.”

“The narrative of Barracuda is a fractured one, switching between the first and third person and moving – sometimes disconcertingly – backwards and forwards in time. But its restlessness is of a piece with Danny’s own as he struggles to find his place in the world: belonging is the central theme of this novel by the bestselling author of The Slap. This involving and substantial tale – surprisingly tender for all its sweary shock-value – is carried swiftly along by Tsiolkas’s athletic, often lyrical prose.”

“Tsiolkas seems to be saying nothing is clear cut and Barracuda is concerned with moral relativities as is The Slap.  There is a problem in that it is often hard to empathise with Danny but if you can stay with it Tsiolkas eventually brings this powerful and probing novel to a totally believable and life-affirming conclusion.”

“As with The Slap, one event propels an eventful story of contemporary expectation, fallibility and moral choice. Barracuda works strenuously for its effects. It is a novel with much shouting and agonising and grand set-pieces, but the harder it tries, the less convincing it becomes. Its key plot point, Danny’s sudden decline, seems a bit odd: even for a teenager, winning at the top level in sport involves a level of perseverance and self-delusion. There is always a reason for defeat, always another race. Few sportsmen collapse so totally after one defeat. That implausibility would matter less if the character of Danny were more endearing and complex.”

“There’s a rushed attempt at redemption at the end — his father tells the now adult Kelly that he always was “a selfish little prick” and, at 31, it finally starts to dawn on him that this might be true — but it is bewildering that Tsiolkas imagines his readers will be able to muster much enthusiasm for this belated self-awareness. He has previously declared that “if I can make middle-class readers angry, that is a good thing to do”, yet there’s a difference between bravely confronting ugly truths and simply pummelling your reader with ugly emotions.”

“The volume is turned so blandly high in Barracuda that even the most mundane actions are given a sweaty, actionmovie intensity: a person does not stand up and open a door, but instead must ‘bolt’ from the sofa and ‘throw open’ the thing. In a long novel, lexical variety can be as important as plot for giving the narrative momentum, but here the descriptions from page to page rarely alter. Predictable modifiers – ‘fruitless searching’, ‘studiously avoids’, ‘shimmering reflections’ – create a glazy deadness that the noise tries, without success, to enliven.”

Barracuda by Christos Tsiolkas The Omnivore