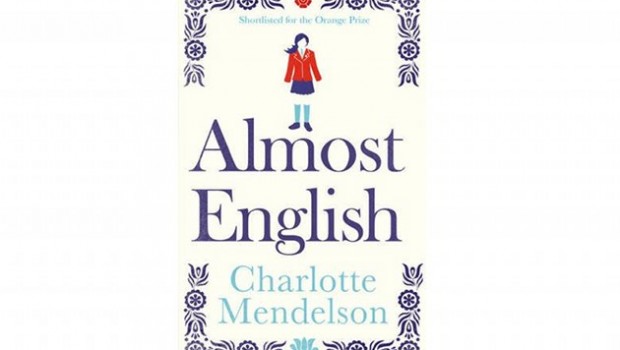 Blurb: Home is a foreign country: they do things differently there. In a tiny flat in West London, sixteen-year-old Marina lives with her emotionally delicate mother, Laura, and three ancient Hungarian relatives. Imprisoned by her family’s crushing expectations and their fierce unEnglish pride, by their strange traditions and stranger foods, she knows she must escape. But the place she runs to makes her feel even more of an outsider. At Combe Abbey, a traditional English public school for which her family have sacrificed everything, she realises she has made a terrible mistake. She is the awkward half-foreign girl who doesn’t know how to fit in, flirt or even be. And as a semi-Hungarian Londoner, who is she? In the meantime, her mother Laura, an alien in this strange universe, has her own painful secrets to deal with, especially the return of the last man she’d expect back in her life. She isn’t noticing that, at Combe Abbey, things are starting to go terribly wrong. (Mantle, 2013)

“Mendelson writes like a dream, blending deft social farce with fond, steely observations as her heroines become ever more stuck in tragi-comic quagmires of their own creation. There are moments of agonising hilarity; there are unspoken avowals of love – puppy love, maternal love, love that feels like possession; and there’s darkness of the kind that lurks in the best fairy tales.”

“This is late Shakespeare meets Modern Family and it’s irresistible.”

“Mendelson’s novels inhabit similar territory to those of Maggie O’Farrell, with the same capacity for extreme noticing, the same profound emotional intelligence shaping the characters and driving the narrative. But Mendelson’s world is sharper, her sense of the world a little more cynical. Almost English has been longlisted for this year’s Booker; it deserves to win for the quality of the writing alone.” Read full review

“There is plenty of plot and movement in Almost English, many changes of scene and points of view. It all adds to the book’s considerable energy, but is not its main achievement – indeed, there are some particularly madcap developments that it might have been better to rein in. It doesn’t matter. Mendelson is wonderful on the fraught mother-daughter bond and on both the claustrophobia and delights of domestic family life, which are rendered in sentences crammed with telling incidentals.” Read full review

“The narrative threads are perhaps tied together a little too conveniently in the end, and some of the novel’s darker themes – loneliness; cultural dislocation – left unexplored. But the prose is a pure joy. Mendelson has a way with simile: heavy browed Marina looks “like Frieda Kahlo in a filthy mood”; Laura’s nemesis Mitzi Sudgeon is “pale, like something found in a cleft in a Carpathian mountainside”.” Read full review

“The novel ends in optimism. But Almost English isn’t blinkered, or naïve. One of its charms is its apparent simplicity, masquerading as something light; just a good read. Don’t be fooled. Call it Jane Austen for the 21st century – a novel on a small scale, full of private preoccupations and a mischievously overblown supporting cast; a novel that nevertheless says something profound about the human condition.” Read full review

“Mendelson chooses to take her characters towards a comic showdown, which leaves some major plot lines unfinished. It feels unsatisfying, especially when we also miss out on understanding more about the family’s roots in Central Europe.” Read full review

“Though Laura remains insufferable throughout, Marina matures attractively and even discovers that the other girls at school aren’t too bad after all. Guy is a delightfully quirky and believable boy, and Mendelson’s writing is full of delicious comic touches. She’s especially good at fumbling, earnest, adolescent sex” Read full review

“Mendelson, who has mined her own Hungarian heritage, is clearly animated by the transition from family life to adult independence. Marina is itchy to escape her coven of relations — and yet desperately sentimental about them. When they arrive at her public school, “in their furry coats like bears who have strayed into a picnic”, she feels exposed by their otherness. Still, it is frustrating that we don’t learn more about this otherness. The preposterous Alexander characterises the Farkas’ homeland as a place of “forests, castles, goose-girls, wolves. Princes. Mountain lions” but Mendelson’s reluctance to probe this fairytale heritage feels evasive.” Read full review

“When the humour flops, the problem is exaggeration. Marina’s visit to the Viney country pile is hammed up, Guy’s snooty 17-year-old sister uttering such improbabilities as, “One becomes so protective . . .” and sneering at Marina for failing to dress for dinner. More troublesome are the gear changes from funny to serious. Mendelson’s first book, Love in Idleness (2001), was saturated with overwriting; since then the habit has been curbed but not cured.” Read full review

“The various elements of Charlotte Mendelson’s novel somehow fail to gel. The most enjoyable strand, Marina’s life at school and her efforts to fit in with the posh Vineys, is very well done. But the Hungarian weird sisters, presumably meant to be funny, aren’t.” Read full review

“What is especially regrettable is that Mendelson misses the most pernicious aspect of public school culture: how it makes all but the most self-confident pupils ashamed of their families. Few can doubt the author’s talent as an assured and entertaining writer, but to advance it there needs to be tighter plotting and a deeper generosity and thoughtfulness than is the case here.” Read full review

“The novel is also a tragi-comedy but not in the usual sense. Its tone and plot wavers dramatically between a cartoonish, Posy Simmons kind of social comedy and those emotionally taut moments when it could all nosedive into tragedy … None of these moments manifest into fullblown tragedy – in fact, there is something dissatisfying in the way every disaster is so conveniently averted – but they sit at odds with the comic tone in the book. The greater failing though, is the characterisation of mother and daughter, and the lack of distinction between their voices.” Read full review