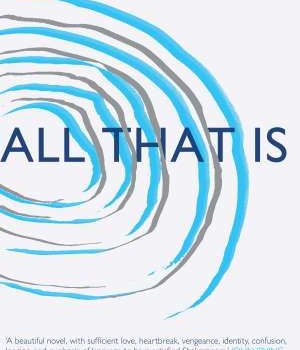 All That Is by James Salter

Blurb: From his experiences as a naval officer in battles off Okinawa during World War II, Philip Bowman returns to America and finds a position as a book editor. He soon inhabits a world where marriages fail as affairs ignite, alcohol reigns, writers struggle, and publishers hustle. It is a world in which to immerse himself, a world of intimate connections and surprising triumphs. But the deal that Philip cannot seem to close is love: one marriage goes bad; another fails to happen; and, finally, he meets a woman who enthrals, then betrays him, setting him on a course he could never have imagined for himself. (Picador)

“Characters come and go, their stories become incidentally entwined. A publishing friend of Bowman’s meets a woman and we drift into their world, as though the book is briefly theirs. At one point the middle-aged Bowman goes into a bookstore in Manhattan and we get the story of the bookseller’s life and marriage: because it’s a store Bowman is fond of. Creative writing courses emphasise the importance of point-of- view and p.o.v. characters. Salter, to revert to the imagery of the opening scene, blows much of that stuff out of the water. Mastery, eventually, is an indifference to how things are meant to be done …”

“His novel casts the last four decades in a completely new light, not coda but overture. The brilliantly compressed stories in which life is lit by lightning flash, the humane memoir that generously exalts, more than anything, the lineaments of ordinary existence — it’s all here, subsumed and assimilated in the service of a work that manages to be both recognizable (no one but Salter could have written it) and yet strikingly original, vigorous proof that this literary lion is still very much on the prowl.”

“As unlike the product of a creative writing MFA as you could possibly imagine, All That Is is evidently a novel written at the end of a life. Its structure is like that of memory: associative, tangential, unpatterned. Characters come at the reader as recollections do – complete and fleeting. It is an account of an existence, an attempt to forestall its oblivion. A record of a time when it was possible still to be a hero in America. ”

“There’s a certain amount of mildly porny writing in the sex scenes – “he was like a boy of 18, invincibly hard” – and despite nods to feminism as the story moves into the 70s and 80s, the underlying attitudes belong to an earlier, more macho era (also a more sexually deprived one: it’s hard to think of sex as quite such a sacrament in the age of the hook-up) … Much more interesting and impressive is the richness of the social chronicling … Though it’s less than 300 pages long, the sharpness and abundance of observed detail give it an epic quality. It’s a bit like a scaled-down, American Anthony Powell, with the starch rinsed out of the prose. ”

“Salter’s breathlessly simple prose is often exquisite. His episodic structure results in a number of memorable set-pieces. The trip Bowman and Enid take to Spain in the early days of their affair proves as richly sensual as anything ­Hemingway wrote. Best of all is the brilliant passage in which Bowman avenges himself in Paris on a former lover who cruelly betrayed him. That said, the novel never achieves the power of A Sport and a Pastime, still one of the most intensely honest books about sexual passion. Bowman remains, for all his elegance and authority, a mystery, a man reflected in the mirror. ”

“It’s as if, all these years later, Salter has evoked the counterlife of a rough contemporary who is more passive, solitary and sex-obsessed than most men would admit to being. Also more vain and foolish: the kind of man who ‘had felt himself above other people, knowing more than they did, even pitying them. He was not related to other people — his life was another kind of life.’ This is what Bowman thinks when he cannot understand how a woman has betrayed him utterly. Worst of all is that ‘she would never look back. He knew that.’ Fiction is the place where we can come to terms with such a catastrophe.”

“‘All that Is transpires to be women and words, though the women are fickle and the words undervalued (the novelists Bowman edits are commercial failures; and even Aronsky, an offstage figure who writes a schlocky bestseller about the Holocaust, ends his days looking ‘like a starving bird’). I’m sure Salter will be criticised for seeking the essence of the good life in the experience of a white, well-educated man with literary inclinations, but that would ignore the sympathetic irony with which he regards Bowman. ”

“After an adrenalin-rush opening with the battle fleet steaming to Okinawa, it’s a long, long trail a-winding through a procession of women, none of whom rise from the ecstatically dampened sheets into living presences, especially not when they open their mouths … Some of the best passages in the book are those which come closest to short-story form …”

“Suggesting a marked ignorance of just which gender tends to buy and read literary novels about marriages and other intimate relationships, Salter’s narrator assumes throughout a male reader, noting in low, mean asides the disappointing or threatening behaviour for which “you” may rely on women … This feels like a bias in the writer, not just his character – as is the instinct to assess every female passing through the narrative in terms of her sexual viability; to describe one as “like a wind-up doll, a little doll that also did sex”, or grudgingly acknowledge one for being “the age when she could still be naked”; in general to recognise almost no function for them, from childhood onwards, but as sex objects, or potential ones. ” 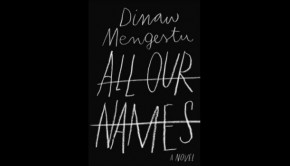 All Our Names by Dinaw Mengestu →