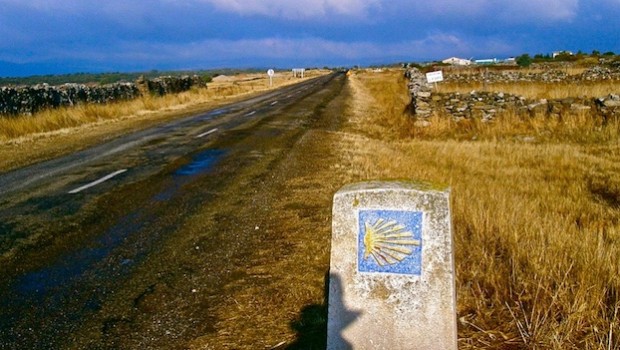 A Sense of Direction by Gideon Lewis-Kraus

Blurb: A young secular writer’s journey along ancient religious pilgrimage routes in Spain, Japan and Ukraine leads to a surprise family reconciliation in this literary memoir. Gideon Lewis-Kraus arrived in free-spirited Berlin from San Francisco as a young writer in search of a place to enjoy life to the fullest, and to forget the pain his father, a gay rabbi, had caused his family when he came out in middle age and emotionally abandoned his sons. But Berlin offers only unfocused dissipation, frustration and anxiety; to find what he is looking for (though he’s not quite sure what it is), Gideon undertakes three separate ancient pilgrimages, travelling hundreds of miles: the thousand-year old Camino de Santiago in Spain with a friend, a solo circuit of eighty-eight Buddhist temples on the Japanese island of Shikoku, and finally, with his father and brother, a migration to the tomb of a famous Hassidic mystic in the Ukraine. It is on this last pilgrimage that Gideon reconnects with his father, and discovers that the most difficult and meaningful quest of all was the journey of his heart. A beautifully written, thought-provoking, and very moving meditation on what gives our lives a sense of purpose, and how we travel between past and present in search of hope for our future.

“Lewis-Kraus’s fraught relationship with his father, a rabbi who came out to him when he was 19 and left his mother for a man, is at the heart of the book. The emotional exchanges between the two are touching, complex and often understated. Elsewhere, the book abounds in sharply drawn, occasionally hilarious studies of Lewis-Kraus’s companions, who tend not to be local: like the travel writing of Geoff Dyer, with whom Lewis-Kraus shares an erudite crankiness, this could be called “tourism literature”. Inevitably, he learns a series of “trite but vital life lessons” along the way, and if these are occasionally overstated, they are recounted with a winning blend of earnestness, wit and high-octane intellect.”

“A Sense of Direction is a brave, honest work of self-reckoning. There is so much sincerity and warmheartedness in this pilgrim’s progress that it’s easy to overlook its occasional slippages into portentousness or laddishness. Lewis-Kraus’s endeavour to find out what he’s escaping from is sincere, touchingly naively so at times.”

“Lewis-Kraus’s concern with himself and his comfort seems to increase exponentially as the reader’s interest wanes… In Ireland, you are brought up to believe that talking about yourself – or even thinking about yourself – is bad manners. In New York I notice that most of the population are not brought up that way. All the same, Lewis-Kraus manages to make his own needs and the dramas within his own family pressing and oddly raw and almost moving.”

“This pilgrimage memoir sets off with a spring in its step, but the author forgets to pack light enough, and the journey turns into a bit of a slog… I rather wish he’d stayed in Berlin. In 50 brilliant early pages he captures beautifully the seductive appeal of that city’s Lotus-eating demi-monde with its “rotating cast of international dubiety” and “demented relaxations into morning”.”

A Sense of Direction by Gideon Lewis-Kraus The Omnivore