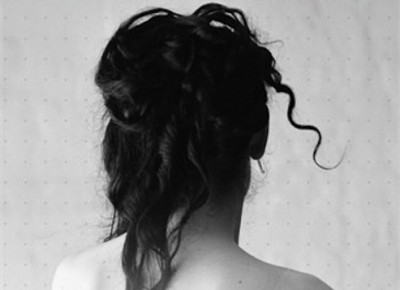 A Possible Life by Sebastian Faulks

Blurb: Terrified, a young prisoner in the Second World War closes his eyes and pictures himself going out to bat on a sunlit cricket ground in Hampshire. Across the courtyard in a Victorian workhouse, a father too ashamed to acknowledge his son. A skinny girl steps out of a Chevy with a guitar; her voice sends shivers through the skull. Soldiers and lovers, parents and children, scientists and musicians risk their bodies and hearts in search of connection – some key to understanding what makes us the people we become. Sebastian Faulks’s novel journeys across continents and time to explore the chaos created by love, separation and missed opportunities. (Hutchinson, 2012)

“Faulks has expressed the hope that reading the book will be like listening to a symphony in five movements, the whole thing adding up to more than the sum of its parts. If such melding doesn’t wholly come off, for writing is a good deal more arguable than music, these stories are nonetheless delicate, persuasive expressions of one of the melancholies of ageing — the sorry realisation that your life has after all not been so distinctive as it felt at the time, a realisation perhaps best met by the hope that the very communality of life can yet be treasured.”

“The tone, those excoriating Holocaust passages aside, often veers towards the leisurely and even ruminative; as if the author cared less for edge-of-seat storytelling than for trapping an elusive truth as it scampers from age to age. One review of Anya’s debut album praises its “deeply moving songs of lost love and fractured identity”: clichés that, for her and this book, still hit a mark. All these “possible” lives, as they echo and overlap like Anya’s own motifs, add up (I suspect) to a self-portrait of the artist as he approaches 60.”

“This is not a novel. The publishers refer to it as such on the inside jacket, perhaps in an attempt to steer the reader away from the concept — apparently anathema to British publishers concerned with sales — of a collection of stories … Faulks does attempt to link his stories … but those threads are so thin that they don’t carry the weight of the author’s ambition in this regard … That said, this is probably Faulks’s most intriguing fictional offering. It’s not a happy book, not by a long chalk, and there is a vague air of resigned nihilism running throughout these stories — a melancholic observation about the randomness of life, the universe and everything — that readers more used to tied-up happy endings might find a little unpalatable. Personally, I found that approach very moving”

“… it was probably a mistake to attempt a tale in which an English POW in WWII finds himself involved in the Holocaust; it’s all a bit too self-conscious and lacking the emotional power of much fiction on the subject. But, generally, Faulks is a writer who gets better and better; he understands how to draw a reader in. An absorbing Victorian story about a boy who rises from workhouse to prosperity packs a real punch, and the final piece, about a Joni Mitchell-type singer-songwriter, after skating dangerously close to self-indulgent fan literature, just about pulls off the much attempted, rarely achieved trick of writing convincingly about rock music.”

“… a profound novel; if it lacks the obvious narrative drive of works such as Charlotte Gray or Birdsong, it compensates by exploring big ideas without compromising the human drama. It is also, ultimately, an optimistic work. We may be no more than matter but we can, in various ways, outlive our short lifespan, perhaps never knowing how far our ripples will reach.”

“It is the kind of large, portentous theme that could have produced a grandstanding novel. But Faulks addresses it with a finely observed humanity that is all the more powerful for its concentrated emotional restraint.”

“I have a hunch — perhaps spurious — that if A Possible Life were a debut from a funky young MFA graduate, it would be hyped to the rafters. (Maybe with a more inspiring title; Faulks doesn’t really do titles.) It’s rare to see an established writer broaden his range. A tightly written, moving and exciting work of fiction that deserves success, it should thrill established readers as well as win new fans. If you think you know Faulks — or even (and especially) if you haven’t enjoyed his previous novels — it’s time to look again.”

“As a whole … this book feels disjointed. It is not clear how each life could possibly relate to the others … It is only after the novel is done that the connections begin to emerge fully. This is an investigation into the nature of shared human experience … in the end it does what any good novel should — it unsettles, it moves, and it forces us to question who we are.”

“Every story within this novel bears the imprint of an extremely accomplished writer. In a sense Faulks is profligate with his own talent, and sometimes seems to put too little value on what this talent can do with idiosyncratic ease, and too much on what does not lie within its range. The workhouse child Billy in “The Second Sister” has a voice so compelling, self-deceiving and deeply human that most novelists would have been happy to build a whole novel around him. Faulks, however, wants something different. Billy must step back into the shadows, while the novel uses him for illustrative and thematic purposes.”

“Faulks at his best is a superbly economical and unshowy creator of imagined worlds … The stories are uneven, however … Awkwardnesses noted, though, Faulks is to be admired for his ambition. What he’s getting at, from various angles, is the million-dollar question. What does selfhood mean?”

“This quintet of stories does not cohere in a way that feels polyphonic or even truly novelistic, for instance in the manner of the interlinked episodes of David Mitchell’s Cloud Atlas (to which A Possible Life sometimes appears a more timid successor). In a promotional video that was shot to accompany the release of the novel, an avuncular Faulks is seen explaining his work, in particular his ambition that the novel should seem ‘more than the sum of its parts’. In spite of its air of sober verisimilitude and notwithstanding its stretches of powerful, committed writing, many readers may conclude that the book never quite adds up.”

“Faulks appears to be arguing that all humanity is united by the fact that each existence is arbitrary, and each person a random collation of atomic material that will ‘in the great economy of the universe be recombined for further use’. This notion goes back at least to Lucretius, but here feels little more than sophomoric philosophising: the unstriking idea that everything connects … We are left with a sense of dissatisfaction: it is not thoughtful enough to be philosophy, not beautiful enough to be literary, not exciting enough to be a page-turner, and not original enough to be memorable.”

“Faulks’s interest in the big themes is at the expense of the stories he is telling … The result is a messy book which may disappoint readers who have enjoyed his previous novels.”

A Possible Life by Sebastian Faulks The Omnivore