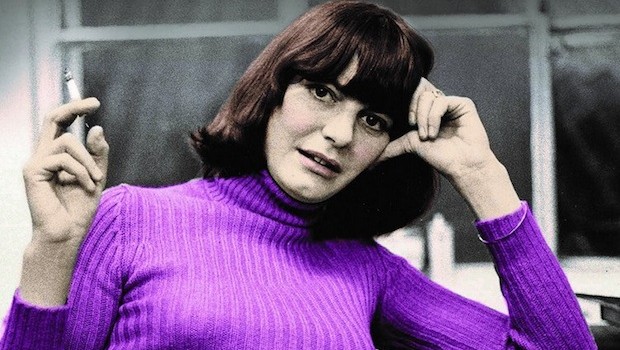 A Curious Career by Lynn Barber

Blurb: Lynn Barber, by her own admission, has always suffered from a compelling sense of nosiness. An exceptionally inquisitive child she constantly questioned everyone she knew about imitate details of their lives. This talent for nosiness, coupled with her unusual lack of the very English fear of social embarrassment, turned out to be the perfect qualification for a celebrity interviewer. In A Curious Career, Lynn Barber takes us from her early years as a journalist at Penthouse - where she started out interviewing foot fetishists, voyeurs, dominatrices and men who liked wearing nappies – to her later more eminent role interrogating a huge cross-section of celebrities ranging from politicians to film stars, comedians, writers, artists and musicians. A Curious Career is full of glorious anecdotes – the interview with Salvador Dali that, at Dali’s invitation, ended up lasting four days, or the drinking session with Shane MacGowan during which they planned to rob a bank. It also contains eye-opening transcripts, such as her infamous interview with the hilarious and spectacularly rude Marianne Faithfull.

“A Curious Career, though somewhat slim, is incredibly satisfying and enjoyable: witty, mischievous, insightful, and, on occasion, elegiac… I expect some reviewers will see this book as required reading for journalism students… But the people who should really be force fed it are those in desk jobs fairly high up the media food chain: the ones who commission and edit.”

“Barber’s wince-making eloquence on the pain of fresh widowhood lingered long after I finished A Curious Career. And then at the end I felt terribly disappointed; even having read it as slowly as I dared, at 211 pages it was all over far too quickly. I imagine Penthouse’s former pet-interviewer and the author of How to Improve Your Man in Bed may have something typically pithy and insightful to say about that. Either way, it’s true to form; both on the page and in real life, Lynn Barber invariably leaves you wanting more.”

“…Barber undercuts any charge of smugness or self-indulgence by glorying in her own success, her six British Press awards (“I adore them”), her celebrity status (“I love stars”) and the privileges it brings (“I saw my first ever glass washbasin in Elaine Paige’s penthouse”). Being interviewed by her confers the same sort of public recognition today as appearing on Desert Island Discs. Twenty years ago she wondered why Spark hadn’t been made a dame (of course she became one shortly afterwards). Now I feel the same about her.”

“In reading her interviews over the past 30 years, I have wondered two things. Is it OK to be quite so horrid about people based on a meeting of an hour or so? And how come she is still so much better than all the other interviewers (me included) who have copied the style she invented in the early 1980s, in which the journalist is there in the first person acting as participant, prosecution and judge?… [A Curious Career is] a terrific read, though an excessively short one, as most of its 200-odd pages are padded out with interviews that she prepared earlier. Yet even so, the book answers both my questions. Sort of.”

“Fascinating… If she touches little on herself and her own life in this book, the few revelations she does make are touching and moving — her happy marriage, the terrible illness and death of her husband, give us something of the woman behind the journalist.”

“...she prefers to play everywoman: resolutely normal. This works brilliantly in her interviews, where she has the art of sounding so reasonable. But in a memoir this sits less well, and it can feel disingenuous. The best bits here show the iron fist jabbing through the velvet… Barber puts so much behind-the-scenes detail into her interviews anyway that the point of a memoir like this is diminished but it is still a hugely enjoyable read — the gold standard of professional prying.”

“A Curious Career has much to say about the ‘celebrity interviewing game’, but, annoyingly, it’s littered with exclamation marks and lengthy extracts from Barber’s own published interviews. What a swizz!!”

“Throughout A Curious Career, vitriol is the author’s inspiration… I feel we are finding out more about Lynn Barber than we are about Gore Vidal or David Attenborough… Unlike the greatest interviewer ever, Mavis Nicholson, she doesn’t appear to have a woman’s instincts to be kind.”

A Curious Career by Lynn Barber The Omnivore