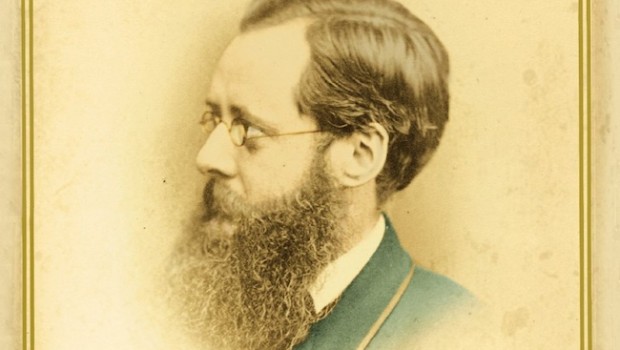 Wilkie Collins: A Life of Sensation by Andrew Lycett

Blurb: 1868, and bestselling author Wilkie Collins is hard at work on a new detective novel, The Moonstone. But he is weighed down by a mountain of problems – his own sickness, the death of his mother, and, most pressing, the announcement by his live-in mistress that she has tired of his relationship with another woman and intends to marry someone else. His solution is to increase his industrial intake of opium and knuckle down to writing the book T. S. Eliot called the ‘greatest’ English detective novel.

Of Wilkie’s domestic difficulties, not a word to the outside world: indeed, like his great friend Charles Dickens, he took pains to keep secret any detail of his ménage. There’s no doubt that the arrangement was unusual and, for Wilkie, precarious, particularly since his own books focused on uncovering such deeply held family secrets. Indeed, he was the master of the Victorian sensation novel, fiction that left readers on the edge of their seats as mysteries and revelations abounded.

In this colourful investigative portrait, Andrew Lycett draws Wilkie Collins out from the shadow of Charles Dickens. Wilkie is revealed as a brilliant, witty, friendly, contrary and sensual man, deeply committed to his work. Here he is given his rightful place at the centre of the literary, artistic and historical movements of his age.

Part biography, part history, part intimate family saga, Wilkie Collins brings to life one of England’s greatest writers against the backdrop of Victorian London and all its complexities. It is a truly sensational story.

My hero: Wilkie Collins by Andrew Lycett | The Guardian

“As Lycett shows in this comprehensive new biography, women were Collins’s, shall we say, forte … Some episodes remain cloudy … But, short of a major discovery of papers, Lycett knows as much as anyone. He is excellent on Collins’s friendship with Dickens, which he presents, convincingly, as much more of a relationship of equals than Dickens biographers allow. And he answers the main question of any literary biography: why do we continue to read the novels?”

“Sensible, thoughtful and never less than scrupulous … Illuminating about the novelist’s private life, Lycett skilfully links one of Collins’s best-known fictional motifs to the author’s dislike of an institution that he viewed as injurious to women …  The connection between ­Collins’s own jaundiced view of marriage and his literary plottings is shrewdly analysed by Lycett in a book that helps to rehabilitate a still under-rated author.”

“Andrew Lycett’s lengthy plot summaries try hard to make his stories seem fresh and exciting, but his heart doesn’t seem to be in it. When he reports that Collins “kept up his output of novels”, it is hard not to detect a hint of reproach. That aside, it is hard to fault this generous and scrupulously researched biography … Ultimately he makes a convincing case for Collins as a novelist who created a handful of vividly memorable characters and a collection of plots that are as intricately engineered as a Swiss watch.”

“Lycett keeps it simple — he’s the Hemingway of biographers … One sees Collins more clearly having read Lycett. There are cavils. Professor Dryasdust might complain, with a flurry of academic dandruff, that he hasn’t always looked at the manuscripts, and there are occasional minor errors. I’ll send my little nit-pickings to Mr Lycett via his publisher.  They don’t matter. What does matter is that this is a fine, and pre-eminently useful, biography of the most elusive character in Victorian literature.”

“Neatly written and diligently researched, Wilkie Collins: A Life of Sensation is not without its minor irritations. The blurb describes it as the first “fully-rounded portrait”, which will be news to Catherine Peters, author of The King of Inventors (1991). Lycett also has a forgiveable habit of advertising his research: the trawl through the Garrick Club candidates’ book is, you suspect, included merely to inform us that our sleuth has done the work … On the other hand, Lycett’s subtle account of Collins’s complicated dealings with Dickens, in which he accepted the role of protege while never allowing himself to be trampled underfoot, runs through the book.”

“…he sharpens our vision of many of the figures in orbit around his subject … But something jangles the nerves and imparts that feeling of headachey unease familiar to readers of Collins. It’s the subtitle. Collins’s fiction is sensational, but is his life? … Lycett’s view of the Victorian age often seems quaintly unsophisticated. Collins was ”a Georgian manque in a world of earnest Victorians” – a division that may be good enough for Horrible Histories, but not a book that has 500 pages to provide something more nuanced.”

“Acclaimed biographer Andrew Lycett uncovers a few skeletons in Wilkie Collins’s closet, revealing a private life every bit as sensational as anything the author dreamt up in his fiction.”

“As delicate as he is thorough, Lycett peels away the layers of deception with which Collins protected himself and shows us the engagingly vulnerable figure beneath. That said, I have my doubts about whether Collins deserves such an exhaustive biography — it runs to more than 500 pages. There are lengthy periods when next to nothing happens and you can sense Lycett struggling to work some zip and drama into his narrative. Although Collins may have led a life of sensation, that’s by no means the same thing as a sensational life.”

“Andrew Lycett sets out his thesis in his introduction. Collins, though a literary iconoclast, ‘worked hard’ to ‘preserve his respectable Victorian image’ in public and would have been appalled if the truth about his private life had come out. This argument seems difficult to sustain in the light of the perceived carelessness about such matters that so disturbed his friends and that his previous biographers have revealed …it was not close attention to the writing that I missed most in Lycett’s diligent biography, it was enough of a sense of the charm of Wilkie Collins or the unusual degree of his empathy with those of a different class, race or colour.”

Wilkie Collins: A Life of Sensation by Andrew Lycett The Omnivore