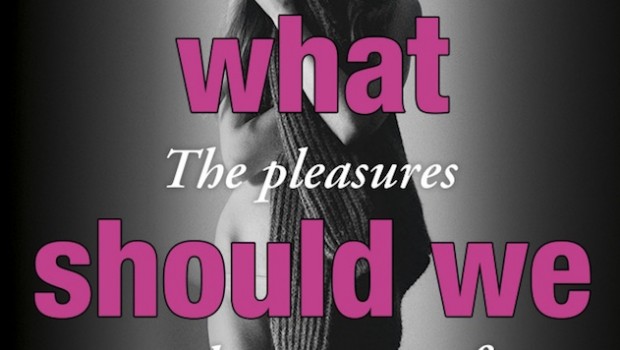 What Should We Tell Our Daughters by Melissa Benn

Blurb: We have reached a tricky crossroads in modern women’s lives and our collective daughters are bearing the brunt of some intolerable pressures. Although feminism has made great strides forward since our mothers’ and grandmothers’ day, many of the key issues – equality of pay, equality in the home, representation at senior level in the private, public and political sectors – remain to be tackled.

Casual sexism in the media and in everyday life is still rife and our daughters face a host of new difficulties as they are bombarded by images of unrealistically skinny airbrushed supermodels, celebrity role-models who depend on their looks and partners for status, and by competitive social media.The likes of Natasha Walter and Katie Roiphe deal with feminism from an adult point of view, but our daughters need to be prepared for stresses that are coming into play now as early as pre-school.This is a manifesto for every mother who has ever had to comfort a daughter who doesn’t feel ‘pretty’, for every young woman who out-performs her male peers professionally and wonders why she is still not taken seriously, and for anyone interested in the world we are making for the next generation.
(Hodder & Stoughton, 2013)

“The drier aspects of her subject are marshalled efficiently, with analysis of British think-tank reports on wage inequality and US labour market statistics on the underemployment of black women. Benn refuses to neglect the situation for women at the bottom of the pile. While giving “corporate feminism” its due airing, she rightly notes its myopia … The book springs to life once Benn leaves the numbers behind. In a closing chapter, “How Should A Women Be?” (another nod, this time to Canadian author Sheila Heti), Benn grapples eloquently with character, self, confidence, anger, the unquantifiable but elemental traits that make us human.”

“…it is a shame that Benn’s pragmatism isn’t always strictly grounded in the best data. She is very widely read and when she describes the huge file of newspaper clippings she has assembled in her research, I can well believe it. This can read more like a work of collage than one of synthesis – a news story, a data point wrenched from some place or other and a case study, all clustered together. There is sense in the assemblage but Benn doesn’t subject anything to quite the scrutiny it deserves.”

“Sadly, Benn’s book is an exemplum of why many young women reject their mothers’ version of feminism. In covering familiar ground thoroughly ploughed by Susan Faludi, Carole Gilligan, Susie Orbach and Natasha Walter, she does identify some of the pressures on young western women, such as perfectionism, pornography, work-life balance and fragile self-confidence. But her own migraine-inducing prose style, the lack of rigour she brings to her data, and the banality of her proscriptions showcase what not to do to enlist young women in the feminist cause.”

What Should We Tell Our Daughters by Melissa Benn The Omnivore