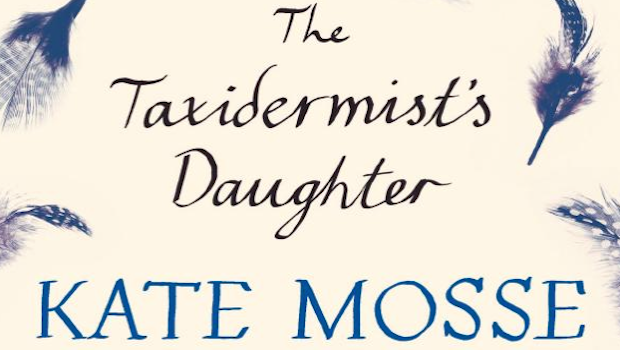 The Taxidermist’s Daughter by Kate Mosse

Blurb: In a churchyard, villagers gather on the night when the ghosts of those who will die in the coming year are thought to walk. Here, where the estuary leads out to the sea, superstitions still hold sway. Standing alone is the taxidermist’s daughter. At twenty-two, Constantia Gifford lives with her father in a decaying house: it contains all that is left of Gifford’s once world-famous museum of taxidermy. The stuffed birds that used to grace every parlour are out of fashion, leaving Gifford a disgraced and bitter man. The string of events that led to the museum’s closure are never spoken of and an accident has robbed Connie of any memory of those days. (Orion, September)

“Gripping, moving and intricately written, The Taxidermist’s Daughter will surely delight her legions of fans. It’s perfectly paced and impossible to put down; seized by the events, I was reading until late into the night. Mosse throws one bravura scene after another: a shocking event at an asylum for the insane, discussions between men bound by an awful bond, the secrets kept by a local woman, and a plot of blackmail and threats and it all reaches a head with an almighty twist, as a storm bursts and the marshes begin to flood and Connie searches for her father, heading towards a little cottage door.”

“Mosse conjures up the delicacy of skinning a bird to the disturbing smell of its innards from the whispering wet marshland to the violence of the climactic storm with searing energy. This is a deliciously dark novel that races towards its grotesque conclusion. Cor. Or should that be caw?”

Alexandra Heminsley, The Independent on Sunday

“This summer has been an exceptionally strong one for this sort of commercial literary fiction. The Taxidermist’s Daughter has similar themes – and indeed scenes – to recent female-led novels such as Elizabeth is Missing, The Miniaturist, and The Paying Guests, which make it sparkle a little less than it might have done in a grey spring. But it is unfair to judge Mosse’s prose and her dexterous storytelling as a result of its publication date.”

The Taxidermist’s Daughter by Kate Mosse The Omnivore