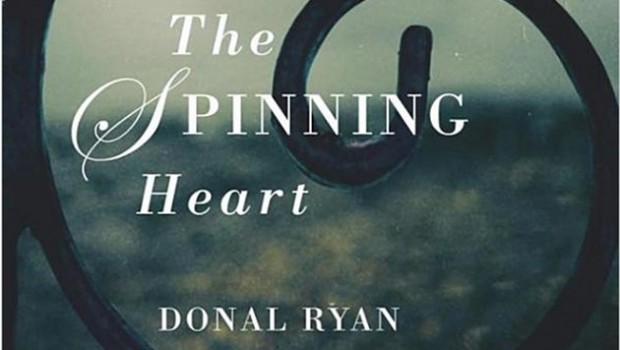 The Spinning Heart by Donal Ryan

Blurb: “My father still lives back the road past the weir in the cottage I was reared in. I go there every day to see is he dead and every day he lets me down. He hasn’t yet missed a day of letting me down.”

In the aftermath of Ireland’s financial collapse, dangerous tensions surface in an Irish town. As violence flares, the characters face a battle between public persona and inner desires. Through a chorus of unique voices, each struggling to tell their own kind of truth, a single authentic tale unfolds. (Doubleday Ireland)

“The portrait of a whole town facing sudden crisis naturally packs quite a punch. Even so, the most impressive aspect of this overwhelmingly impressive novel is the sheer quality of those 21 narrations.”

“Structurally the novel gestures to William Faulkner’s As I Lay Dying, while Ryan’s sensitive observations on Irish life seem responsive to the work of his compatriot Patrick McCabe. That Ryan does not look out of place in such literary company is a measure of his achievement.”

“The narrative is constructed in 21 brisk chapters, each one of which is voiced by a new character in the demotic for which Ryan, a Limerick man, has a keen ear. This structure is ambitious, and largely successful. The plot spools out of people’s mouths in asides and rough jokes. Revelations are stumbled over, not signposted. This may be the work of a debut novelist, but it is one who reads plenty and knows his business. In its rhythm and feel, The Spinning Heart echoes Roddy Doyle and Patrick McCabe. There are, however, weak moments. A passage voiced by a Siberian immigrant labourer is the most obvious failure.”

“Ryan’s nuanced playfulness with language and the joyous idiom of west of Ireland speech doesn’t dilute the individuality of each character – and in a book of just over 150 pages, there are 21. Their surface wit and spark wrap around the despair at the book’s centre, with its fractured symbol of a flaking, spinning heart, worked in metal on the gate of Bobby’s much-hated father.”