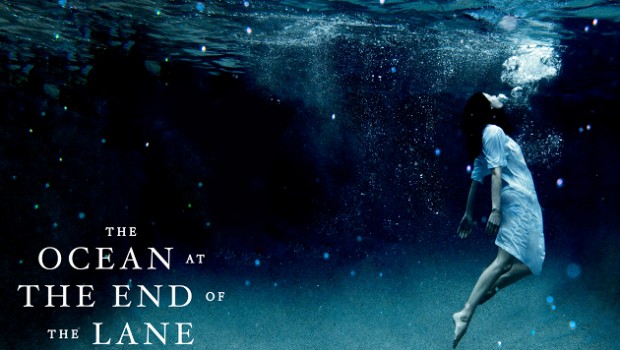 The Ocean at the End of the Lane by Neil Gaiman

Blurb: It began for our narrator forty years ago when the family lodger stole their car and committed suicide in it, stirring up ancient powers best left undisturbed. Dark creatures from beyond this world are on the loose, and it will take everything our narrator has just to stay alive: there is primal horror here, and menace unleashed – within his family and from the forces that have gathered to destroy it. His only defence is three women, on a farm at the end of the lane. The youngest of them claims that her duckpond is an ocean. The oldest can remember the Big Bang. (Headline)

“For all the eerie pleasures of its fantastical good-versus-evil battles, Gaiman’s greatest strength is his uncanny ability to remind the reader what it felt like to be a child: I almost felt myself shrinking as I read it, and looking again at the world with the freshness that comes with the feeling that you have so many new things to discover.”

“The novel is a children’s book, in the sense that it is a book about childhood. A child could read and enjoy it but only an adult will appreciate its bittersweet nuances and subtle sadnesses. In prose as delicate and diaphanous as a cobweb, and with a painstakingly precise use of symbolism, Gaiman traces one boy’s journey from innocence, through fear and regret, to experience. In doing so, he traces all of our journeys, and beautifully.”

AS Byatt, The Guardian

“I was somewhat surprised to see that The Ocean at the End of the Lane has been discussed as a book for adults which children can also read. When I thought about it, I realised that I am an adult reading self, and also a child reader, and that it was my childhood self who settled into this story. I am an adult who reads “children’s” books avidly – as long as they have no designs on me, do not manoeuvre me or preach. Gaiman’s long novel American Gods is a wild fantasy for adults who remember being child readers. The Ocean at the End of the Lane arouses, and satisfies, the expectations of the skilled reader of fairytales, and stories which draw on fairytales.”

“Though marketed to adults, this book would be equally at home on a young adult bookshelf. Aside from one scene of sex (described abstractly and confusedly through the eyes of a 7-year-old), it feels like a family-friendly nightmare, its tenor akin to that of Gaiman’s Newbery-­winning Graveyard Book. The two novels are close cousins in other ways as well. A young boy faces horror and finds himself expelled from his family, alone and insecure. He befriends a girl who grants him access to another world. He finds sanctuary in a supernatural family. He flirts with supernatural powers that aren’t fully reachable to them. And in the end, as the protagonists grow into men, they lose their ability to access the extraordinary.”

“It is a moot point how far this is really adult fiction (a glimpse of sex between Ursula and the boy’s father reminds you it is meant to be). It reads more like visionary teen fiction of the kind long associated in this country with Alan Garner. We might rationalise the book’s almost hallucinogenic, duck pond-to-ocean slippages of scale and gravity as true to the dramas of childhood, but in real life these are more social than cosmic, and more serious fiction recognises this.”

“Gaiman has written a book that reads like a half-remembered fairy tale from childhood. It has the easy flow of a story already heard, deeply known, and slots perfectly into the canon of British magical fiction. But it also feels like it’s made up of offcuts and dreams. For a book that plays so constantly with memory, perhaps that’s appropriate.”

“The book’s darkest, most realistic moments are riveting, including a white-knuckle scene in which the narrator’s father attacks him in a bathtub and one in which a man is found after committing suicide in a stolen car. But the fanciful parts are undercooked.”

“While I applaud Gaiman’s interrogation of his art’s consolations and pitfalls, the book never quite earns the right to explore these in their full complexity. The sombre framing device is puzzling. Is Gaiman airing a midlife crisis? Or merely tilting at high seriousness without running it through? We return full circle to a sadder, wiser, middleaged narrator, but he remains a flimsy sketch when compared to his youthful self. Three vibrant paragraphs are required to describe his youthful savouring of ‘spotted dick with thick yellow custard’; his children, ex-wife and art hardly warrant three sentences.”

“Gaiman’s intelligence and his skill as a writer – to this reviewer at least – are best mobilised in the adult writing he purports to eschew; his account of real human drama, relationships, sensibility, emotions, thought. And so I’d love for him one day to stop with all these ragged tent-presences and just open his veins and write something powerful about human beings – fathers and sons, for example – without all the “gee-shucks-aren’t-the-grown-ups-dumb” prophylactics. But I realise that I may be entirely alone in this hope.”