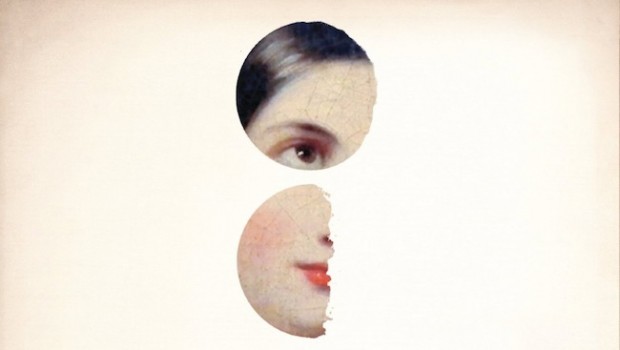 The Luminaries by Eleanor Catton

Blurb: It is 1866, and Walter Moody has come to make his fortune upon the New Zealand goldfields. On arrival, he stumbles across a tense gathering of twelve local men, who have met in secret to discuss a series of unsolved crimes. A wealthy man has vanished, a whore has tried to end her life, and an enormous fortune has been discovered in the home of a luckless drunk. Moody is soon drawn into the mystery: a network of fates and fortunes that is as complex and exquisitely patterned as the night sky. (Granta)

“The narrative structure intrigues, moving Rashomon-like between viewpoints and the bounds of each character’s separate sphere of knowledge, without ever losing the reader, various characters playing detective then stepping aside. The novel has many attributes – excellent dialogue, humour, great observation… It uses the historical setting as a backdrop and has a gregarious cast of characters (the brilliantly named Emery Staines, the demonic con woman Lydia Wells). But the things that most impress are the cunning withholding of information, the elegant foreshadowing, the skilful looping back on the narrative.  ”

“[It's] Wilkie Collins down under – a tale of adultery, theft, conspiracy, trafficking, blackmail and murder set against the backdrop of the gold rush, opium dens, seances and tarot cards – but The Luminaries is a dazzling feat of a novel, the golden nugget in this year’s Man Booker longlist, a pastiche quite unlike anything I’ve ever come across, so graceful is its plotting and structure.”

“If you don’t think it’s possible to get excited about a story that concerns the finer points of insurance policy, there’s plenty of high drama, too, with more murders before the end, and any number of tense stand-offs between proud men and women with skeletons in the closet … There’s an immaculate finish to Catton’s prose, which is no mean feat in a novel that lives or dies by its handling of period dialogue. It’s more than 800 pages long but the reward for your stamina is a double-dealing world of skulduggery traced in rare complexity”

“Catton wears her research lightly. Nothing jars. All seems plausible, and yet the overall impression is of artifice and theatricality, a human proscenium in which the cold light of day and a face raised to the rising sun is contrasted with the opium-eater’s candle and fizzy, lime-lit celebrity. In a society like this reputation counts as much as “identity”, and is as easily made and remade.”

“Dense, patient and rich, The Luminaries offers large rewards for the reader’s diligent attention. Its dividends are both narrative (Catton does not eschew the delights of the cliffhanger, the frisson of dramatic revelation) and linguistic. Writing in a stately, omniscient voice, Catton fills this heavy book with moments of electric phrase-making. A woman moves ‘with a weary, murderous languor, like a disaffected swan’; a man’s life ‘had been circumscribed by the twin compasses of duty and habit’; silence is ‘of a taut and even desperate quality’.”

“The Luminaries is an impressive novel, captivating, intense and full of surprises, though one that remains under its own spell, leaving the reader beguiled – but oddly enough for a tale that delights in connecting – not in the know.”

“While Anna and Lydia stand out easily enough, the men do not. Catton has a tendency to establish characters by summarising their appearance in a long paragraph, then by giving us another long paragraph to expound on their moral views or emotional predilections. This is scarcely enough to separate out a list of individual men who exist on a vast canvas and lunar indications, charted at the beginning of each section, and each chapter, don’t help. Catton writes with real sophistication and intelligence, so this weak characterisation is at odds with the rest of the novel, its intricate plotting and carefully wrought scenes. Can it be part of her subversion of the 19th-century narrative?”

“That Catton’s absorbing, hugely elaborate novel is at its heart so simple is a great part of its charm. Its design, however, though ingenious, lacks an obvious purpose while Catton’s omniscient narrator recedes disappointingly into the background despite early, tantalizing hints of a mischief-making role. Nevertheless, Catton’s playful and increasingly virtuosic denouement arrives at a conclusion that is as beautiful as it is triumphant.”

“… a massive shaggy dog story; a great empty bag; an enormous, wicked, gleeful cheat. For nothing in this enormous book, with its exotic and varied cast of characters whose lives all affect each other and whose fates are intricately entwined, amounts to anything like the moral and emotional weight one would expect of it. That’s the point, in the end, I think, of The Luminaries. It’s not about story at all. It’s about what happens to us when we read novels … Making us consider so carefully whether we want a story with emotion and heart or an intellectual idea about the novel in the disguise of historical fiction … There lies the real triumph of Catton’s remarkable book.”

“Exhaustively “authentic”, the story is also shamelessly implausible – in its particular events but more, in their fortuitous combinations. I discover my own limits here – those of the impatient realist. My difficulty is similar to one I have with much of Peter Carey’s work (and Catton is quite his equal): that it doesn’t allow me to forget, even for a moment, that this is fiction – the novel as game, played brilliantly, but at such length I couldn’t entirely overcome that impatience. Ingenuity outruns admiration and becomes tedious.”

“The first problem is that Catton’s pastiche Victorian prose can be painfully slow, especially when coupled with her habit of introducing each of the many characters by telling, rather than showing us, what they are like in abstract terms. Thus: “The cleric spent the present moment in constant visualisation, conjuring in his mind the untroubled future self he had determined that he would one day become.” She also has a habit of extending her imagery to within an inch of its life: one character’s love “ran deeper than the natural goodness he felt watching his mother shuck mussels and pile the slippery meat into a wide-mouthed flax basket on the shore . . .” (phew). Then there is the strange structure.”

“Let’s concede that The Luminaries is a stunning feat of construction. The Booker judges knew, whatever else its merits, they were giving the prize to a tremendously technically accomplished piece of work. I suspect some exhausted reviewers praised it for the same reason. It doesn’t necessarily make it any good, of course. A ship made of matchsticks in a bottle is a feat of construction but not necessarily a great work of art. The Luminaries sold 2,970 copies after being Booker shortlisted. Since winning, Catton’s publisher, Granta, has printed 100,000 more. How many of those that are bought will be read to the end? One out of 10?”

The Luminaries by Eleanor Catton The Omnivore