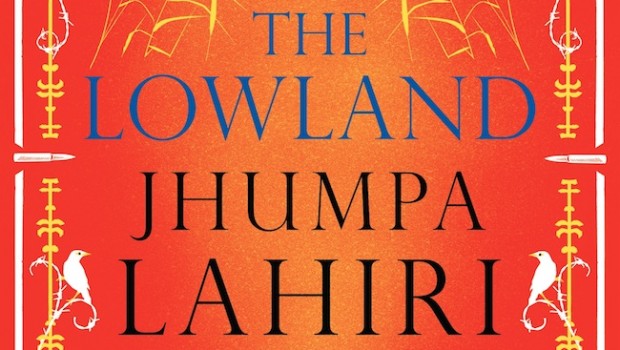 Blurb: From Subhash’s earliest memories, at every point, his brother was there. In the suburban streets of Calcutta where they wandered before dusk and in the hyacinth-strewn ponds where they played for hours on end, Udayan was always in his older brother’s sight. So close in age, they were inseparable in childhood and yet, as the years pass – as U.S tanks roll into Vietnam and riots sweep across India – their brotherly bond can do nothing to forestall the tragedy that will upend their lives. Udayan – charismatic and impulsive – finds himself drawn to the Naxalite movement, a rebellion waged to eradicate inequity and poverty. He will give everything, risk all, for what he believes, and in doing so will transform the futures of those dearest to him: his newly married, pregnant wife, his brother and their parents. For all of them, the repercussions of his actions will reverberate across continents and seep through the generations that follow. (Bloomsbury, 2013)

“Lahiri’s writing is notable for its restraint and understatement. She resists lyricism, just as she avoids obvious drama. Until the very end of the book, every major upheaval – death, betrayal, violence – happens offstage and is recounted, second-hand. Instead, she concentrates on the minutiae of relationships – between brothers, between husband and wife, and between parents and children – and on the deep reverberations these dramatic moments create in ordinary lives.”

“The novel takes a long time to get going: in the first 50 pages there is a lot of background detail about Indian politics in the 1960s and 1970s, which is handled in a slightly plodding way. The parallels and contrasts between the lives of the brothers also feel a little too neat to begin with, each of them seeming always to think and behave in perfect opposition to the other. Lahiri requires a high degree of patience from her readers, but those who stick with her will be amply rewarded. She has an extraordinary power of empathy for her characters and a steady hand for unspooling the knotted threads of their individual motives and histories.”

“The landscape, as well as the lives unfolding within it, is conjured magnificently: the marshy lowland in Calcutta is thick with water hyacinth, its periphery dotted with simple huts, the poor wading in to forage for food. This is a place where certain creatures “laid eggs that were able to endure the dry season. Others survived by burying themselves in mud, simulating death, waiting for the return of rain”. Survival is fraught for the humans, too, in this engrossing novel. ”

“The Lowland is a tragic novel, though Lahiri does permit glimmers of hope and renewal. These, however, recall the experience of Elizabeth-Jane Henchard in The Mayor of Casterbridge, that ‘happiness was but the occasional episode in a general drama of pain’. Like Thomas Hardy, Lahiri is alert to false steps and the random malignity of fate, and is a percipient recorder of the misunderstandings and failures in communication that bedevil human relationships and activities. Elegant and thoughtful, her prose invites us into the minds and motivations of her troubled characters and the environments that frame and shape them”

“Belonging and alienation, place and displacement: these have long been Lahiri’s abiding fictional concerns, but in The Lowland, they are more alive than before, in the very shapes of her sentences. For example, as befits a writer so interested in relatedness, there is a lot at stake in her prepositions, as she can implicate whole complexes of social relations through little details of physical and psychological “location” (“A Bengali medium school for boys from ordinary families, beyond the tram depot, past the Christian cemetery”).”

“Although writing this fine is easy to praise, it’s not always easy to enjoy. And there’s something naggingly synthetic about this tableau of woe.”

“A central theme – time passing, the impressions that form us, the impressions we leave – is expressed through the tired motif of footprints in the sand (or – here comes the clever inversion – in the cement). Too often, it is hard to care about the fate of the characters. Yet, despite all this, Myerson got it right when she described Lahiri’s talent as “sly” and “cumulative”. I felt like the victim of a confidence trick – and it is the confidence of Lahiri’s voice, her palpable belief in the urgency and beauty of her story, that lends her fiction its power.”

“Every character in the novel is, to some extent, withdrawn and emotionally cut off. “She’s used to making friends wherever she goes, then moving on, never seeing them again,” the author writes of one. “She can’t imagine being part of a couple, or of any other family. She’s never had a romantic relationship that’s endured for any length of time.” There is a danger here that some readers may likewise feel emotionally cut off from the protagonists. Lahiri portrays her characters’ introversion and defensiveness extremely effectively; so effectively that at times it is difficult to connect with them. Even so, The Lowland is a curiously affecting book. As always, Lahiri writes with impressive skill, and the hypnotic edge to her style and structure gives it a remarkable presence.”

“At times The Lowland feels episodic in the way it zooms in and out of the three generations of the same family, across continents and time. She engulfs whole decades in a paragraph and then concentrates her eye on the minute dramas of the everyday. The vast scope of the novel can make it feel a little thin at times , and sometimes the plot takes turns of near soap-operatic proportions, but it is redeemed by her plain-speaking, measured writing.”

“ The unfolding of the tragic family saga is certainly affecting and Lahiri, as always, is adept at portraying the lives of diasporic Indians without condescension. The novel is rather less effective, however, in its characterisations. One understands why Gauri wants an academic career but her decision to abandon Bela, her sole link with her first husband whom she misses acutely, is hardly credible in emotional terms.”

“The writing in The Lowland is everywhere ostentatiously quiet, extravagantly precise, distractingly ceremonial, at least when it’s not cloyingly precious. Banal profundities add to the novel’s manqué gravitas.”

The Lowland by Jhumpa Lahiri The Omnivore