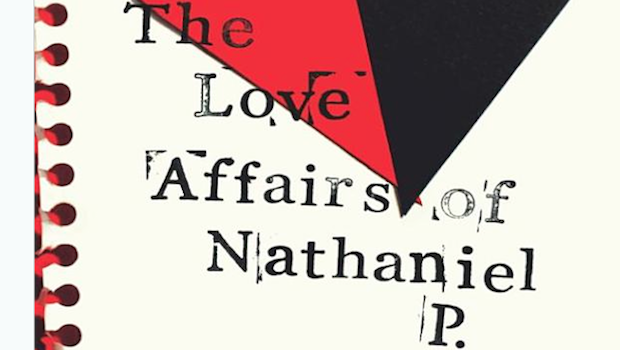 The Love Affairs of Nathaniel P by Adelle Waldman

Blurb: Nathaniel Piven is a rising star in Brooklyn’s literary scene. After several lean, striving years and an early life as a class-A nerd, he now (to his surprise) has a lucrative book deal, his pick of plum magazine assignments, and the attentions of many desirable women: Juliet, the hotshot business journalist; Elisa, Nate’s gorgeous ex-girlfriend, now friend; Hannah, lively and fun and ‘almost universally regarded as nice and smart, or smart and nice’. (Windmill Books, April 2014)

“The pleasures of this novel—its lucidity and wry humor—are mixed with the sting of recognizing the essential unfairness of the sexual mores of our moment: after years of liberated fun, many women begin to feel terribly lonely when realize they want a commitment; men, who seem to have all the power to choose, are also stuck with an unasked-for power to inflict hurt. We’ll have to keep searching for an arrangement that works better, and monogamous coupledom may not be it, Waldman suggests. But she offers no balm, no solution—and tacitly resists a culture that offers sunny advice and reassurance to women.”

“ It’s a brilliant depiction of the modern male psyche: Nate’s description of the perfect blow-job, which he envisions with perfect clarity but won’t explain to Hannah, is a tour de force, and I loved his reaction, on receiving an emotional email from Hannah, of wanting either to smash his computer, go for a ten-mile run uphill or read some Schopenhauer. It’s also a razor-sharp dissection of the rigours of the New York dating scene, full of unspoken but cast-iron rules and points lost and gained. Waldman’s prose is clear and elegant, and she can skewer a character in a couple of sentences”

“Her writing displays an awareness that the Brooklynites’ middle-class problems don’t amount to a hill of fair trade coffee beans in the real world. This is brilliantly observed stuff.”

“Neither chick lit nor lad lit, The Love Affairs presents a series of scenes that lay out exactly what’s so maddening about this young man — and, to be fair, many of the grasping, self-absorbed women who throw up their hands at him. Waldman has captured a whole group of privileged people who’ve been seduced into believing that their choice of a spouse is just one more consumer purchase — like an expensive coffee maker, something to be considered according to its pros and cons and then constantly reevaluated for how much it satisfies the original expectations.”

“The book’s title has the whiff of its protagonist’s private affectation: it might more honestly be called “Nate’s dates”. Which is not to trivialise: Waldman defends dating as a human, and by extension literary concern, through the character of Aurit, whom Nate thinks of as “one of the smartest women – people” he knows. On one of their regular platonic dinner dates, Aurit’s response to Nate’s eyerolling plaint that “we might as well be on fucking Sex and the City” merits quoting at length: “I just hate the way so many men treat ‘dating’ as if it’s a frivolous subject … Dating is probably the most fraught human interaction there is. You’re sizing people up to see if they’re worth your time and attention, and they’re doing the same to you.””

“Engagingly self-aware and pitiably self-involved, Nate is a triumphant creation in his own right, a perfect miniature of an intellectual culture that struggles to privately enact the ideology to which it publicly adheres. But he is also a perfect vehicle for Waldman to explore the women he dates, using his unsparing male gaze to see the ways in which they are complicit in the sociopathy of the New York dating scene. These women fall in two camps: nice-looking, funny and possibly too easily known, and those who are beautiful and emotional and mysterious.”

“The book is a lot of fun if you’re on intimate terms with the hierarchies and status preoccupations of these kinds of people. But if you rarely notice byline, have no idea of the difference between an editorial assistant and an assistant editor, and read a book without a thought to the advance its author was given, Love Affairs may be a sausage-factory tour you might opt out of early. If you stay with Ms. Waldman, though, there are many rewards to be had in the elegant, careful way she makes sense of Nate’s struggle to be both a good person and a sexual person.”

“Dry, sharp and with the kind of wit that makes you wince, Adelle Waldman’s snappy, smart, painfully funny insight into the world of modern romance might make you rethink the whole dating thing, especially if you live in New York.”

“A fizzingly witty first novel which manages to skewer both the new Brooklyn scene and the baffling business that is male sexuality.  ”

“As Nate and Hannah grow closer, Waldman is terrific at describing the halting miscommunications of a relationship … But Brooklyn feels a bit perfunctory, maybe a little stale (everyone apparently knows everyone in Brooklyn). A fuzzy sameness blurs the descriptions.”

The Love Affairs of Nathaniel P by Adelle Waldman The Omnivore