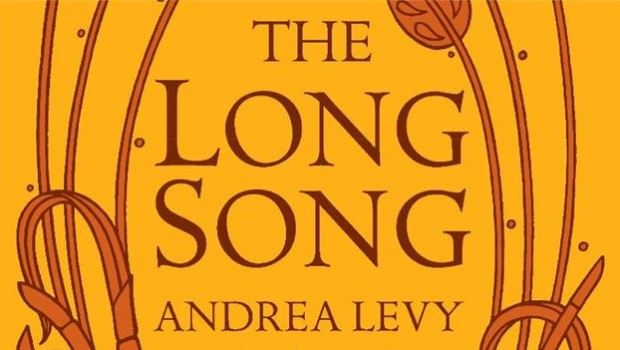 The Long Song by Andrea Levy

Blurb: “You do not know me yet. My son Thomas, who is publishing this book, tells me, it is customary at this place in a novel to give the reader a little taste of the story that is held within these pages. As your storyteller, I am to convey that this tale is set in Jamaica during the last turbulent years of slavery and the early years of freedom that followed… July is a slave girl who lives upon a sugar plantation named Amity and it is her life that is the subject of this tale. She was there when the Baptist War raged in 1831, and she was also present when slavery was declared no more. My son says I must convey how the story tells also of July’s mama Kitty, of the negroes that worked the plantation land, of Caroline Mortimer the white woman who owned the plantation and many more persons besides – far too many for me to list here. But what befalls them all is carefully chronicled upon these pages for you to peruse.” (Headline Review)

“Thoroughly captivating… As well as being beautifully written The Long Song is a thoroughly researched historical novel that is both powerful and heartbreaking.”

“As well as providing a history of post-abolition Jamaica, The Long Song is beautifully written, intricately plotted, humorous and earthy… Those who enjoyed Small Island will love The Long Song, not just for the insights on the “wretched island”, but as a marvel of luminous storytelling.”

“Slavery is a subject that has inspired some magnificent fiction, but I had some misgivings: might it not, in this case, make for over-serious writing, especially for a novelist as comically inclined as Levy? But she dares to write about her subject in an entertaining way without ever trivialising it and The Long Song reads with the sort of ebullient effortlessness that can only be won by hard work.”

“[A] sensational novel… Slavery is a grim subject indeed, but the wonder of Levy’s writing is that she can confront such things and somehow derive deeply life-affirming entertainment from them. July emerges as a defiant, charismatic, almost invincible woman who gives a unique voice to the voiceless, and for that she commands affection and admiration.”

“…with The Long Song she has returned to the level of storytelling that earned her the Orange Prize in 2004… It’s clear that Levy has done her research, but this work never intrudes upon the narrative, which travels at a jaunty pace. Levy’s sly humor swims just under the surface of the most treacherous waters. (For example, a shocking suicide is preceded by a delightful farce.) Her refusal to reduce her characters to merely their suffering does not trivialize the experience of enslavement, but underscores the humanity of all involved.”

“When you add Levy’s almost Dickensian gifts for dialogue and storytelling to her humorous detachment, it’s easy to understand why she has become something of a celebrity in Britain… Readers of The Long Song will find little here of the maddened grief of Toni Morrison’s Beloved or the deep melancholy of Edward P. Jones’s Known World. Levy’s novelistic defense against evil and injustice is her humane sense of comedy.”

“This serious novel is full of light touches and captures the rhythms of Jamaican creole beautifully. But Levy’s most enviable talent is for writing dramatic scenes… Like the best historical fiction, The Long Song opens a new perspective on the past in order to interrogate the present.”

“[An] absorbing novel… Levy’s greatest achievement is in the narrator’s brisk, comic voice.”

“Levy’s use of a delightfully fallible narrator is clever and productive, although at times it can also seem strained and show a tendency towards the schematic… As a document of the end of slavery, The Long Song proclaims its own incompleteness and partiality; but as a story of suffering, indomitability and perseverance, it is thoroughly captivating.”

“An immensely readable and well-paced book. Levy has grown as a writer: her use of language and imagery have become more accomplished than her earlier offerings. She has a real gift for comedy, which is very much in evidence here.”

“There is no false gloss given to the negro characters. Even Thomas’s father Nimrod, admired for having purchased his freedom, is far from a romantic hero, being physically unattractive, arrogant and manipulative. Levy never loses sight of the horror and brutality of slavery, though… Whilst The Long Song might not offer the same broad sales appeal as Small Island, it deserves similar acclaim.”

“Levy focuses chiefly on what the wonderfully sassy, shrewd July sees and knows, and this is both the strength and weakness of the novel. For by making her white mistress Caroline fat, silly, sentimental and easy to despise, she lessens the universal appeal that was a feature of Small Island, in which characters from both Jamaica and England were allowed dignity as well as flaws.”

“…the book’s language falls short of its admirable ambitions. July has learnt to read, and she tells her tale in a manner that derives partly from sentimental Victorian fiction (“you may deem your storyteller humdrum for what hereinafter follows”) and partly from local dialect. The result is stylised and often artificial. It’s difficult to sustain an antique narrative mode while keeping it plausible. Levy relies too often on making July suck her teeth and say “Cha!””

“Small Island was emotionally, politically and structurally balanced. The Long Song is much messier. The hectic pace, the piling of horror upon horror, the extreme behaviour of most of the characters, combine to convey a powerful sense of a social system on the point of collapse, but leave the reader little time or space for emotional engagement.”