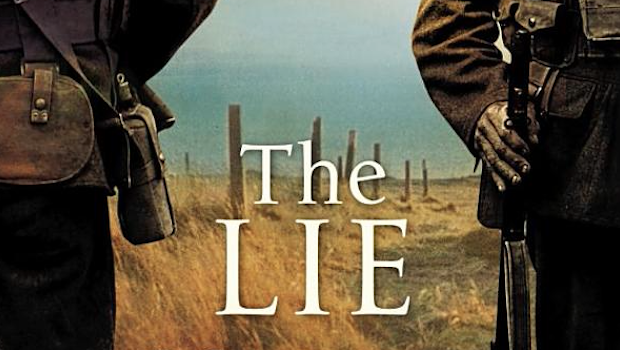 The Lie by Helen Dunmore

Blurb: Cornwall, 1920, early spring. A young man stands on a headland, looking out to sea. He is back from the war, homeless and without family. Behind him lie the mud, barbed-wire entanglements and terror of the trenches. Behind him is also the most intense relationship of his life. Daniel has survived, but the horror and passion of the past seem more real than the quiet fields around him. He is about to step into the unknown. But will he ever be able to escape the terrible, unforeseen consequences of a lie?  (Hutchinson, January 2014)

“Readers who enjoy an epic wartime drama might find this a pared-down affair. Dunmore seems uninterested in mining the Great War for operatic set pieces. Instead, she simply closes in on Daniel’s desperate attempts to bring an injured Frederick back to the relative safety of their dugout. That Daniel also loves his friend with an intensity that verges on the taboo is one of the many complexities that Dunmore captures with the allusive economy of a gifted poet.”

“Dunmore has explored the haunting mystique of Cornwall during the first world war before: it was the setting for her debut, Zennor in Darkness, while the gloomy house resembles the echoing pile inhabited by the incestuous children from A Spell of Winter … The difference, however, is the ease and fluidity with which the narrative shifts between present reality and Daniel’s haunted consciousness. It is as if the experience of producing a short novel with a supernatural remit has liberated Dunmore’s imagination and introduced an almost extra-sensory perception to her work.”

“Helen Dunmore, who won the 1996 Orange prize for A Spell of Winter, is a poet as well as a novelist, who is celebrated for her delicate language and acute observations. The Lie is no exception.”

“Dunmore has made a speciality of depicting the individual tragedies that make up the horrors of war. Daniel’s voice feels entirely natural throughout; a poet’s feeling for language shines through the descriptions of the landscape he loves, while elsewhere he is unsparing about the brutality of warfare: “You stick your bayonet in the right place in a living man and it will come out with shit on it.”

“She writes with a light but sure touch that makes you see through their eyes, smell through their nose, in this case, those of Daniel Branwell, an ex-serviceman scratching a living in Cornwall after surviving World War I’s trenches. “

“It’s excellent but, necessarily, lacking something vital. The best novels about the 1914-1918 conflict are by those who spilt blood (theirs and the enemy’s) in it. The unbloodied Helen Dunmore’s two resources are imagination and research. She’s strong on both counts.”

“Aficionados of Great War fiction may feel that Dunmore adds little to a genre that she has enriched. However, many younger readers – the people targeted by politicians in their propaganda barrages – will need to learn these truths again. Distinguished by the sensual, compact intensity of Dunmore’s prose, The Lie lays bare on its local canvas the invisible wounds of a global  catastrophe. “They say the war’s over,” Daniel reflects, “but they’re wrong. It went too deep for that. It opened up a crack in time, a crater maybe.” We still inhabit that abyss.”

The Lie by Helen Dunmore The Omnivore