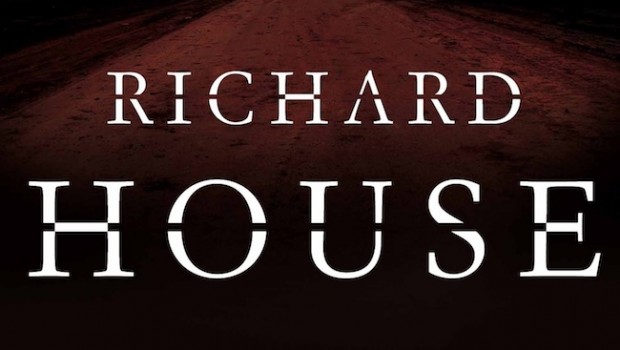 The Kills by Richard House

Blurb: The Kills is an epic novel of crime and conspiracy told in four books. It begins with a man on the run and ends with a burned body. Moving across continents, characters and genres, there will be no more ambitious or exciting novel in 2013. In a ground-breaking collaboration between author and publisher, Richard House has also created multimedia content that takes you beyond the boundaries of the book and into the characters’ lives outside its pages. This material and much more can be found on www.thekills.co.uk. (Picador)

“ It is full of lucid action, drifting contemplation, apparent dead-ends, confusion and thuggish explosions. I could not wait to get back to it when reading it, and House is probably this year’s major reinventor of the possibilities of the genre: the leap into the present tense at the three-quarter stage shows a novelist in full command of his technical possibilities.”

“Does The Kills justify its immense length? EM Forster said that “one always tends to overpraise a long book, because one has got through it”, but The Kills, its stories ­dizzyingly circling one another, feels like a true achievement. House’s sea of words relentlessly interrogates his themes through action and dialogue, leaving his reader washedup on a faraway shore, dazed yet exhilarated.”

“A hugely convoluted work in which dozens of characters execute a dance that has obviously been minutely choreographed, although one that to the reader increasingly seems to appear dizzyingly random. Motives get more shadowy and the lines between fantasy and reality are blurred; ambiguity becomes the key note.”

“For all its bulk The Kills proves easily digestible; less so the multimedia content. The couple of hours’ worth of extra video available online mostly consists of films of moody scenery over which actors whisper accounts of important (or not) events in the characters’ lives. It is an unnecessary undertaking; the mass of words is compelling enough.”

“The dramatis personae include dodgy government and company agents, Italian pimps and prostitutes, French film-makers, construction workers, U.S. housewives, a German woman who teaches English, a brain-damaged security guard, a Polish driver and a professional hitman – and House manages to put you right into the heads of all of them. Highly recommended.”

“House has a great ability to create vivid characters, and the novel teems with them. But the writing in this third book is too abundant – there is simply too much story. In the digital version, this book can be read either chronologically or character by character – the reader must choose … The Kills is about middlemen, about people who think they are blameless because they can’t be held accountable. The first two books provide a wholly original view of our involvement in the Iraq conflict. House’s writing is spare and compelling, and the digital edition is truly enriched by the additional media.”

“House is a film-maker, artist and university lecturer as well as an author. He has a lovely turn of phrase — a drunken character rendered as “top-heavy, like, overburdened, ready to topple, slake off and hammer down like some great bank of glacial ice” — and he writes in startling detail about character, location and physical mannerisms. This shows diminishing returns as the narrative takes yet another jump and you brace yourself for another city’s geography, another set of characters, yet more native terms in italics.”

“When I finish a book (especially one as vast as The Kills ) I like to think that I have finished the whole thing. At the end of the long trawl through this one, however, the publisher invites readers to go “beyond the boundaries” of its pages to look at “multimedia content” online. This would irritate me in a masterpiece; at the end of War and Peace I didn’t need to go online to learn more about Pierre Bezukhov. In this intricate, complicated thriller, it is just annoying — come on, Mr House, you’ve had a thousand pages to finish the thing properly.”

“The Kills is a page-turner, but the pages turn back as much as forwards, as you chase up echoes and repetitions – long-forgotten names and places, but also wasps, the smell of jasmine, the gesture of pulling a handbag strap over a shoulder – that might be clues, might be red herrings, might be the product of my own fevered mind. It’s a book that seems built to inspire internet forums devoted to its marginalia and “true meaning”, and a book absolutely to be read twice over. But there’s always the risk, isn’t there, that the red herrings were more fun than the bare, revealed truth?”

Reviews for Sutler, part one of The Kills quartet (ebook version).

“Sutler races along but has depth too, in its characters and filmic description of landscape. Richard House is a film-maker and artist as well as a novelist. He might have made more of the political backdrop (cursory references to Kurds and insurgents weren’t enough) but maybe he will in later books.”

The Kills by Richard House The Omnivore