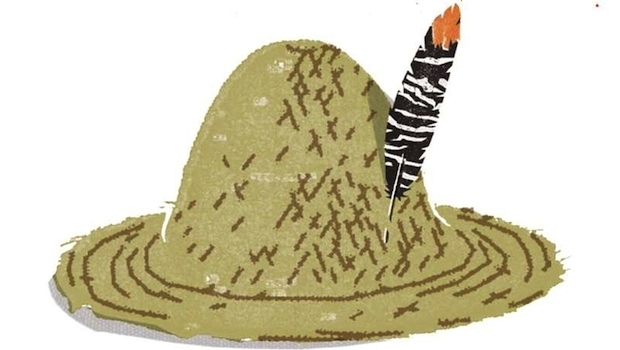 Blurb: Henry Shackleford is a young slave living in the Kansas Territory in 1857, when the region is a battleground between anti- and pro-slavery forces. When John Brown, the legendary abolitionist, arrives in the area, an argument between Brown and Henry’s master quickly turns violent. Henry is forced to leave town—with Brown, who believes he’s a girl. Over the ensuing months, Henry—whom Brown nicknames Little Onion—conceals his true identity as he struggles to stay alive. Eventually Little Onion finds himself with Brown at the historic raid on Harpers Ferry in 1859—one of the great catalysts for the Civil War. (Riverhead, 2013)

“Onion embodies McBride’s view of the slave dilemma at this pivotal period: fighting for liberty and almost certain death, or a dismal vague “security” as a human bought and sold. Added to this is Onion’s disguise of himself as a girl, allowing him a panoptical view of unfolding events, as Brown’s wayward campaign travels through the Midwest to the “civilised” cities of the East before the final showdown in Virginia.”

“Against the grim grid of history, we see a bumptious American story, and McBride’s use of the vernacular throughout makes for a comical ride. Henrietta is sent off to “hive the bees,” to raise up a mighty swarm of blacks willing to take up arms against slavery. Since she is but a girl, she will hardly be suspected. But we all know how this story ends. Douglass bows out. Tubman meets with the Old Man and wishes him her best. But the bees never do hive. A terrible climax will come to pass, and we hurtle toward it, laughing. There is something deeply humane in this, something akin to the work of Homer or Mark Twain. We tend to forget that history is all too often made by fallible beings who make mistakes, calculate badly, love blindly and want too much.”

“Many readers picking up The Good Lord Bird will experience another déjà vu. The plot is similar to George MacDonald Fraser’s Flashman and the Angel of the Lord (1994). Both fictions hinge on newly discovered archives. Both have as their comic centrepiece John Brown, the “loony” who started a great war. Both hero-narrators are swept up in a mad escapade they don’t believe in, hiding their yellow bellies to the end. And both novels, it should be said, are rattling good reads.”

“Used artfully, then, irreverence becomes not a lampooning of champions and calamities but a new kind of homage. For all the gratuitous violence and adolescent revenge fantasies in Tarantino’s film, it does succeed in resensitizing us to slavery’s horrors; his lurid, caricature-like portraits of slave owners and plantations ultimately repulse more than a tear-jerker could. McBride takes up these same irreverent tools and likewise innovates, though he comes not to repulse but to exalt. In his hands, John Brown is a wild and crazy old man — and more a hero than ever before.”

“Any successful novel depends on its tone of voice. Get this wrong and the book fails to please or convince. It lacks the intangible, sometimes elusive, feeling of authenticity and is without authority. James McBride’s narrator is engaging and persuasive, enjoyable company. The comparison with Mark Twain is justified. Henry-Henrietta recalls Huckleberry Finn. Yet, like the best comic novels, this one also poses serious questions: what must an outsider – and all blacks were outsiders – do to survive in an alien culture?”

“The Good Lord Bird plays the grim tale for laughs. Plenty of them.”

“The book appears to be very random, as though the author and his editor had failed to spot that there are a troublesome number of repetitions and inconsistencies. Brown’s endless praying seems to be a comedic line that McBride has overinvested in; it becomes extremely tedious, a joke flogged to death. All Brown’s followers nod off when he quotes, endlessly and highly eccentrically, from the Bible.”