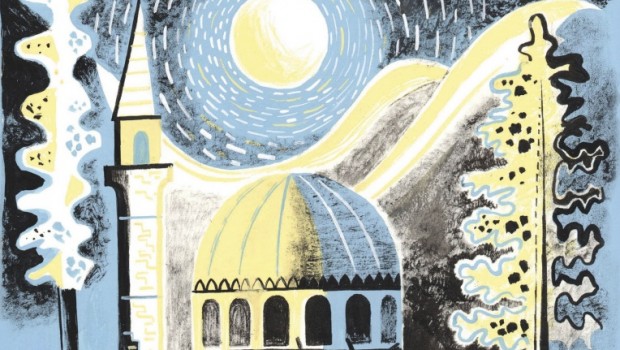 The Broken Road: From the Iron Gates to Mount Athos by Patrick Leigh Fermor

Blurb: The long-awaited final volume of the trilogy by Patrick Leigh Fermor.

A Time of Gifts and Between the Woods and the Water were the first two volumes in a projected trilogy that would describe the walk that Patrick Leigh Fermor undertook at the age of eighteen from the Hook of Holland to Constantinople. ‘When are you going to finish Vol. III?’ was the cry from his fans; but although he wished he could, the words refused to come. The curious thing was that he had not only written an early draft of the last part of the walk, but that it predated the other two. It remains unfinished but The Broken Road - edited and introduced by Colin Thubron and Artemis Cooper - completes an extraordinary journey.

“Paddy (we were on such nodding terms) was stumbling on this stretch of “the Great Trudge” almost to his dying day, tormented by a typescript still far from his perfection that ended in mid-sentence, not in Istanbul, but some days before he crossed the Turkish border. This his literary executors have topped, tailed and polished with such sympathy and skill that their interventions cannot be detected. The book is pure Paddy: these are his feelings, perceptions and responses, his the observations, his the descriptions, consummate in a phrase, acute and intense when extended to paragraph or page; this is his style, yet it is in many ways a youthful text, its core the adventure of a very young man, its embellishments the experience, curiosity and wisdom of his older self.”

“It is untitled, incomplete in its arc and unfinished in its texture. It was drafted in the 1960s, revised in the 1980s and it recalls experiences from the 1930s. Despite these raggednesses, it is magnificent. Cooper and Thubron have done an immense service in bringing the book to publication, for it unmistakably stands comparison with its remarkable siblings. The prose has the glorious turbulence and boil of the first two books, and the youthful magic of his “dream-odyssey” is still potent. Differences exist, too: chiefly the presence of a deep and keen melancholy. The Broken Road possesses moments of loss foretold that strike straight to the heart.”

“How fitting, for a man so young at heart, with such a boundless appetite for life, that his last published words should be those of a wide-eyed 20-year-old, embarking on what will be a lifelong love affair with Greece. His editors, Colin Thubron and Artemis Cooper, have put this book to bed with skill and sensitivity. Friends and fans, acolytes, devotees and disciples can all rest easy. It was worth the wait.”

“…by any standards, this is a major work. It confirms that Leigh Fermor was, along with Robert Byron, the greatest travel writer of his generation, and this final volume assures the place of the trilogy as one of the masterpieces of the genre, indeed one of the masterworks of postwar English non-fiction.”

“Although it is true that the text sometimes lacks the perfectionist gleam found in Leigh Fermor’s earlier work – tobacco leaves hung to dry from houses in the Rila Mountains of Bulgaria are likened to kippers, a conspicuous repeat from the final pages of the second volume – these occasional slips barely show through the dazzle..”

“I shall remember — not the show-off author who recalls how he devoured Dostoevsky in French while sitting on the banks of the Danube — but the seemingly artless, although also edited, voice of the coda section (based on Leigh Fermor’s original 1935 diary of his three-week sojourn on Mount Athos). Here, we meet a jolly, uncomplicated boy who loves jumping streams, takes fright when an amorous monk strokes his hand, giggles at the antics of an acrobatic cat and says of Byron’s poems, sweetly, only that they seem “grand stuff”. This simpler character, not the elaborating and nostalgic traveller of the last stage of the trilogy, is the Paddy whom I found myself longing to have known. ”

“…this idyllic journey enshrines for countless readers two lost worlds: that of picturesque, romantic Europe before the Nazi and then Communist catastrophes, and of literary travel-writing at its most sensuous, mesmeric and iridescent – a prose equivalent of those Byzantine ikons and frescoes that he would come to love … If his name-dropping immersion in Romanian high society begins to grate, then even the ball-and-salon scenes will be lit by some Proustian lightning-bolt”

“The bulk of The Broken Road was written 30 years after the journey. I am reading it 50 years after it was first put down. While it is not the literary masterpiece it might have been had Leigh Fermor been able to work his magic, it captures the joy of the open road, the fresh view he gives of Europe as it began to show the stresses that led to world war, and the glimpses of a long-lost life and innocence.”

“The first section has all the complications of the Leigh Fermor approach. But if there’s any suspicion that he made himself into a more impressive figure in the rewriting, the Mount Athos diary – untampered with by his older self – reminds us what an extraordinary young man he was … The sheer zest with which he delineates each monastery, its history, setting and eccentric monks, is infectious. This early style is more immediate, more youthful; a pleasure to read in a wholly different way from the later magnificence.”

“The Broken Road has an elegiac tone. None of the people described survives and the countries visited have undergone wars and revolutions, leaving them virtually unrecognisable. It is a fitting epilogue to 20th-century travel-writing and essential reading for devotees of Sir Patrick’s other works—though eclipsed by his earlier books and the world they conjured.”

“The Broken Road breaks off mid-sentence, with Leigh Fermor back in Bulgaria but not far from the Turkish border. It would have been far more effective and dramatic to have ended the book at that point … the inclusion of the Mount Athos chapter is both anticlimactic and mistaken … The chapter is long and repetitive and, though it has youthful charm, it’s peppered with abstract superlatives the mature Leigh Fermor would have rightly spurned (‘amazing’, ‘unbelievable’, ‘unimaginable’). These quibbles apart, the editors have done a fine job. If The Broken Road is something of a curate’s egg, Patrick Leigh Fermor lovers will welcome it all the same.”

The Broken Road: From the Iron Gates to Mount Athos by Patrick Leigh Fermor The Omnivore