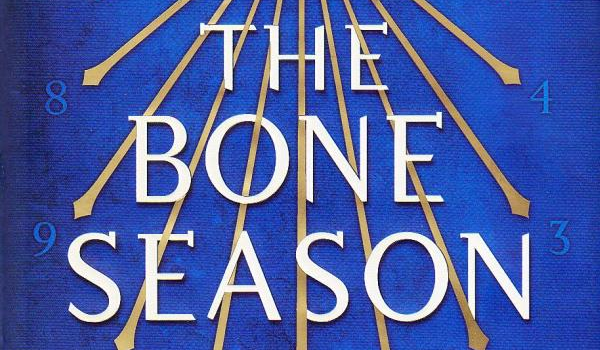 The Bone Season by Samantha Shannon

Blurb: The year is 2059. Nineteen-year-old Paige Mahoney is working in the criminal underworld of Scion London, based at Seven Dials, employed by a man named Jaxon Hall. Her job: to scout for information by breaking into people’s minds. For Paige is a dreamwalker, a clairvoyant and, in the world of Scion, she commits treason simply by breathing. It is raining the day her life changes for ever. Attacked, drugged and kidnapped, Paige is transported to Oxford – a city kept secret for two hundred years, controlled by a powerful, otherworldly race. Paige is assigned to Warden, a Rephaite with mysterious motives. He is her master. Her trainer. Her natural enemy. But if Paige wants to regain her freedom she must allow herself to be nurtured in this prison where she is meant to die. (Bloomsbury)

“Despite the fight and flight scenes, the pace burns slowly at times. But Shannon writes so well that you stay interested, intrigued by the knife-edge motivation of characters with “six-seater lips” whose “high-collared dresses always made her think of the gallows”. And although many of the paths walked by The Bone Season will already have been well travelled by fantasy readers, Shannon shows real skill in combining them so easily into an original and enjoyably escapist fictional world.”

“Such lavish, ebullient, escapist nonsense — bring on the sequel.”

“The mind boggles at how Shannon managed to produce this macabre fantasy between essay crises. In fact, it’s tempting to read it as an allegory of university life, with its arcane language, feverish atmosphere and menacing masters. Still, the writing is dynamic and direct, never gauche or self-indulgent. There’s also plenty of attitude to Shannon’s steampunk-inspired dialogue, with its snatches of London’s 19th-century criminal underworld. It’s just a shame it’s drowned out by all the supernatural jargon.”

“Information overload is a common issue for the opening novel in a fantasy series, and Shannon just about gets away with it only because the world she has created is so compelling. Spirits throng the streets, and it is hard not to fall for a story in which Nelson prowls Trafalgar Square, and where “Jack the Ripper would have gone for millions if anyone could find him”.”

“Shannon is great at gory fates for minor characters and tense chase scenes, but because she is setting the scene for six more books there is simply too much furniture in the hall.”

“Will this series be the next Harry Potter saga? I’m tempted to say, not on present showing. The story isn’t strong and clear enough; it isn’t tasty enough to have a really wide appeal. There aren’t enough attractive characters for an epic, and maybe even fantasy fans won’t be rushing back for more.”

“Unfortunately, the plot can be confusing (a glossary in the back is an occasional help), and the violence gets repetitive — Paige is knocked out no fewer than 20 times. What disrupts the book most often, though, is the author. In some of the most heightened moments, scenes break for unnecessary and redundant narration.”

The Bone Season by Samantha Shannon The Omnivore