In the summer of 2012, Gruff Rhys, the lead singer and guitarist of Super Furry Animals, made a bizarre pilgrimage

In American Smoke (Hamish Hamilton), the third part of a loose trilogy of topographical ruminations that began with Hackney: That Rose-red Empire and Ghost Milk,

In 1948, the novelist and poet Jack Kerouac coined the name ‘Beat Generation’ for an underground, anti-conformist youth movement in 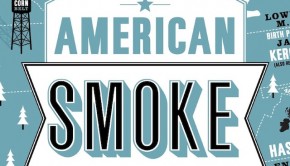 | Press reviews | Buy the book | Have your say | Blurb: Iain Sinclair breaks for the border with American Smoke,