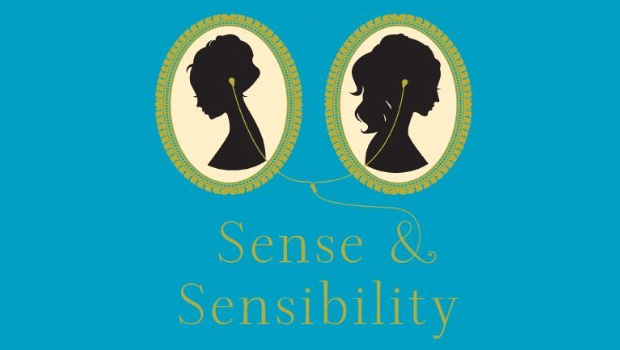 Sense and Sensibility by Joanna Trollope

Blurb: Two sisters could hardly be more different. Elinor Dashwood, an architecture student, values discretion above all. Her impulsive sister Marianne displays her creativity everywhere as she dreams of going to art school. But when the family finds itself forced out of Norland Park, their beloved home for twenty years, their values are severely put to the test. Can Elinor remain stoic knowing that the man she likes has been ensnared by another girl? Will Marianne’s faith in love be shaken by meeting the hottest boy in the county? And when social media is the controlling force at play, can love ever triumph over conventions and disapproval (HarperCollins, 2013)

“The fidelity of the retelling has clever consequences. By retaining the precise beliefs and attitudes of Austen’s characters, Trollope alters our responses to them, now viewed through the distorting filter of the 21st century. Mrs Dashwood remains utterly useless, but at least in Austen’s day, being useless was what society expected of women. Here she wafts through the pages of the novel, ineffectual and half-cut, but with no such excuse. She has, after all, lived a substantial portion of her life under a female prime minster. Trollope sees this, and, by keeping such details unaltered, changes our relationship with the character.”

“M is asthmatic and prone to depression. The depression is a neat touch, but one that is regrettably not fully worked through. Her near-fatal collapse is caused by an asthma attack, whereas Austen’s self-obsessed, hysterical, highly emotional heroine suffers a horrific mental and physical breakdown brought on by her excessive sensibility: “Had I died, it would have been self-destruction,” she says. Austen was making serious points about the relationship between 19th-century sensibility and depression, including self-harm, which has striking parallels with modern-day mental illness, particularly among teenage girls. This seemed like a lost opportunity. I wanted to see more evidence of Marianne’s despair than her playing Taylor Swift songs on her guitar.”

“Trollope — a descendant of the prolific Victorian writer Anthony Trollope — has immersed herself in Austen’s novels, finding at the core of each three drivers: “romantic love, money and class.” She manages to make her characters contemporary without letting them drift from these fundamental concerns.”

“Trollope’s possesses a talent whose fortes are in exposition thorough dialogue, and empathy: she elicits easy sympathy with both the freely emoting Marianne and the repressed, practical Elinor. However, the waspish philosophical wit Austen brought to her heroines is absent. Instead, we have deft modern touches.”

“It is a fun and light-hearted read, although Austen fans are likely to find Trollope’s version wanting somewhat. Marrying for money — not to mention a family of four women in which only one of them works — doesn’t quite ring true for the 21st century. Elinor’s sense becomes rather humourless martyrdom, and Marianne’s impassioned sensibility merely irritating self-indulgence.”

“Trollope is an expert in her craft and she does, valuably, bring to the story something in which Austen is weak (forgive me, Republicans of Pemberley) — namely dialogue. Austen’s characters deliver speeches. Trollope adds verbal fizz. It’s a faster, zestier, read than the original. The saucy comments of the juvenile Margaret (“Mags”) are particularly well done. At the end of the day, however, despite Trollope’s manifest skills this is a failed experiment … Trollope, in her introduction, says the “money” theme is what makesSense and Sensibility a “novel for our times”. But it is money — always a matter of central interest with Austen — that indicates the big difference between us and the early 19th century.”

“We sympathise with Elinor’s stoicism and anxieties about money, but can we really relate to a 20-year-old getting engaged without ever having had sex? Only marriage will save them, which feels far more sinister than the prospect of these hard-up girls having to — horror — attend a state school. I was left uncertain as to Trollope’s intentions here. She has ramped up the unease beneath the rom-com veneer without doing enough to fully modernise her story. The result is an extremely depressing outlook. Are the 21st-century upper-classes really so backward?”

“Her lucid story skips along, even if it does occasionally stumble on lazy exposition, romance clichés and cod-toff dialogue. Austen’s characters, meanwhile, translate remarkably smoothly into the present day, providing some enjoyable modern satire: Margaret’s sullen indifference to everything except her iPod and Facebook; Nancy Steele’s inane pronouncements of “totes amaze”; Marianne’s public humiliation by beautiful trust-funder “Wills” materialising on YouTube. The Dashwoods, it seems, have wandered into an episode of Made in Chelsea. But Trollope doesn’t take enough risks.”

Sense and Sensibility by Joanna Trollope The Omnivore