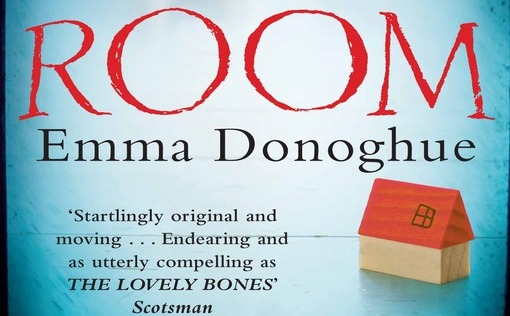 Blurb: It’s Jack’s birthday, and he’s excited about turning five. Jack lives with his Ma in Room, which has a locked door and a skylight, and measures 11 feet by 11 feet. He loves watching TV, and the cartoon characters he calls friends, but he knows that nothing he sees on screen is truly real – only him, Ma and the things in Room. Until the day Ma admits that there’s a world outside… (Picador)

“Does the novel give a genuine insight into what it’s like to go through such an ordeal? Maybe that’s going too far, but as a life-affirming fable of parent-child love, and an antidote to the prurience of so much crime fiction, it’s a triumph, and deserves to be a hit.”

“… both hard to put down and profoundly affecting … Perhaps inevitably, there are moments when the naivety in Jack’s view of the world threatens to undermine the horror that Donoghue has so painstakingly imagined. Jack’s engaging and credible voice, the novel’s greatest virtue, is also occasionally its biggest drawback: there are times when you simply want to hear the facts from an experienced adult narrator. But Donoghue has crafted a narrative that moves as breathlessly as a serial-killer thriller while convincingly portraying, with the precision of a science-fiction novel, how a boy might believe that a room is his whole world.”

“…startlingly original and moving… the second half of this novel is a superb treatment of the after-effects of release. The unbearable tension of the first half of the novel requires this shift, and Donoghue judges it perfectly, taking her readers to the brink but never stepping over into sensationalism or horror.”

“What saves this beautifully nuanced book from being in any way a voyeuristic reaction to true crime is less the descriptions of captivity than the inevitably changing nature of the child/parent relationship, which Donoghue explores here so minutely, recognisably and exultantly.”

“… there is a moment, halfway through the novel, where you feel you would fight anyone who tried to wrestle it from your grasp with the same ferocity that Ma fights for Jack, such is the author’s power to make out of the most vile circumstances something absorbing, truthful and beautiful. Thereafter, the setting moved to “Outside”, the relationship diluted by alternative voices, by the number of new things with which Jack has to deal, the novel loses some of its intensity and has the more familiar feel of the naive child narratives of Roddy Doyle and Mark Haddon.”

“For all its sensational set-up, Emma Donoghue’s Man Booker-shortlisted bestseller pulses with fierce intelligence as much as powerful emotion … Far from a freakish case-study, Room seeks and finds a common truth, about the private worlds of language and feeling that we all inhabit.”

David Evans, The Independent on Sunday

“To use such material as the basis for imaginative writing is audacious, but Donoghue succeeds beautifully. Neither prurient nor sensationalist, her novel transfigures this darkest of stories into a revelatory, even life-affirming work of art.”

“[Jack's] is one of the most moving, funny and original child’s voices we are ever likely to hear in fiction … [An] intense and absorbing novel”

“Because the novel depends on his ability to express himself, Jack can’t lose it – or not without ruffling the book’s surface more than its author wants him to … Completely missing from the prose is any sense of panic, disorientation [or] depression … Donoghue’s reader is asked to believe that Jack is, as his mother says at one point, “OK. More or less.” Although I was impressed by her book, I couldn’t.”

“I can’t think of a time when I have read a book so ruefully … Yet, a third of the way through Room, perhaps at the point that an escape plan is dreamed up, I began to appreciate its many qualities … what chiefly distinguishes this book from some schlock horror assault, what renders it literary fiction perhaps, is the way in which it is filled with inspiring and carefully wrought ideas about parents and children.”

“When the subject is resilience in the face of trauma, fiction needs to avoid both narratives of victimhood and the Hollywood imperative to sentimentalise the triumph of the human spirit. Despite a few false notes, particularly in a sometimes uneven relaying of Jack’s childish language and thoughts, Room manages to tell a compelling story without disturbing this delicate — and in today’s prurient televised times — almost impossible balance.”

“Donoghue says that she sees the book “not just as a realistic novel but an allegory of childhood and motherhood: both states can feel, on bad days, like a locked room”. The book does achieve this to some extent, but it is so meticulously researched that sometimes it feels like nonfiction, especially as these kidnappings are so recent. Donoghue’s humour and humanity just about rescue it. But, be warned. Shaking off Jack’s experience is not much easier for the reader than it is for the boy himself.”

“Jack and his mother resemble the nameless son and father in Cormac McCarthy’s novel [The Road], in which the father must construct for his son the lost reality he has never known, and in which an apex of pathos is reached when father and child finally reach the sea, only to find it a vast bowl of ashy sludge. But unlike in The Road, intensity is here exchanged for sweetness of tone, which is always sugaring the mixture, and taking away the story’s edge.”