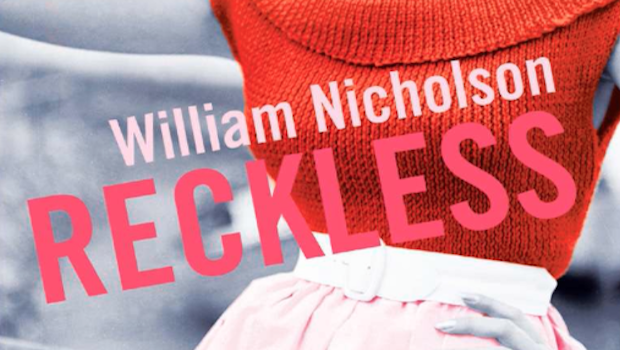 Blurb: 1945. The Second World War has gone on too long. Shops are closed ‘for the duration’. Trains run a restricted service ‘for the duration’. Life has paused, for the duration. A little girl, Pamela, is growing up fast. A young Englishman, Rupert Blundell, vows there’ll be no more wars. Both are waiting for their lives to begin. Then comes Hiroshima. Finally, devastatingly, the war is over. 1962. Rupert is now strategic advisor to Lord Mountbatten, and his close confidant. Pamela is eighteen and has moved to London, eager for love and experience of every kind. There’ll be parties at Cliveden, Christine Keeler, Stephen Ward, the Astors. Life is a whirlwind. But beneath the glamour lies quiet, desperate terror, as the Cuban missile crisis unfolds and the world spins ever closer to nuclear war. (Quercus, February 2014)

“William Nicholson draws his narrative strands together in a most entertaining fashion. He writes with a relaxed charm and seems to like his characters, especially the female ones — in fact he is probably more interested at getting into their heads than into those of his men. He is kind to Stephen Ward, who will be the fall guy for the Profumo affair. In the Queensway coffee bar where male artists flock to lech over the life model, Ward draws only her face. He likes faces.”

“Reckless is part of a sequence of interlinked novels, each engaging in its own right, but unfortunately the imaginative sympathy that made Nicholson’s previous novel Motherland so absorbing falters whenever real people and political history are added to the brew. Ostensibly, Rupert’s job as strategic adviser to Mountbatten and Pamela’s occasional appearances as a member of the Cliveden set are the link between the private and the public. However, the idea that the Cold War ‘plays out … like a game between lovers’ needs more subtle development to have any place in a work of serious fiction. While the fearfulness of the ordinary people awaiting the end of the world feels real, as well as poignant, the clunking scenes concerning Kennedy and Khrushchev might have wandered in from a Tom Clancy novel.”

“There is a lot of brittle dialogue that doesn’t convincingly capture the febrile and shallow world of Ward; this portrayal of his coterie is somehow lacking in human authenticity. Anyway, as Pamela is introduced to the rich and louche she finds London very exciting. But when, inevitably, she has sex for the first time, with an acquaintance of Ward, she is watched through a two-way mirror by their host, André, the man Pamela is expecting to go to bed with. He is a voyeur, very rich and deeply charming all at the same time, it seems. This episode is almost as distasteful as it is banal and lacks any suggestion of insight.”

Reckless by William Nicholson The Omnivore