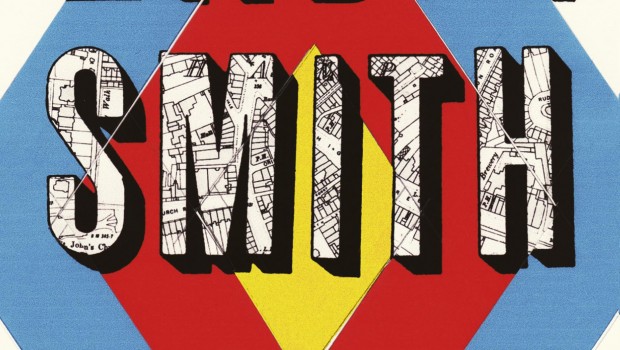 Blurb: This is the story of a city. The north-west corner of a city. Here you’ll find guests and hosts, those with power and those without it, people who live somewhere special and others who live nowhere at all. And many people in between. Every city is like this. Cheek-by-jowl living. Separate worlds. And then there are the visitations: the rare times a stranger crosses a threshold without permission or warning, causing a disruption in the whole system. Like the April afternoon a woman came to Leah Hanwell’s door, seeking help, disturbing the peace, forcing Leah out of her isolation. (Hamish Hamilton)

“The mastery of it lies in its felt life, the clarity and density of its observation of how human beings live; how they talk; how they gesture; how they behave to each other, in public and in private. It is intensely funny in its disillusioned way, both laughing with its characters, and, sometimes in angry judgment, at them … a joyous, optimistic, angry masterpiece, and no better English novel will be published this year, or, probably, next.”

“Each of the four sections of NW demonstrates a different form. There’s no second-person narrator or anything as weird as a PowerPoint presentation, but the longest part of NW is divided into 185 short, numbered sections, ranging from straightforward narrative to menu items, quiz answers, IM chats and even stage directions. I sympathize if you have no patience for this sort of experimentation, which can seem so graspingly avant-garde, but Smith uses the swirl of these disparate elements to illustrate the complexity of modern life … an extraordinary vision of our age.”

“It is complex writing that is a pleasure to read … That’s not to say it all works — strangely, the scenes fall flat when we leave the NW postcode. It is not a novel that announces its grand themes and as such it will not earn the attention that those other great London novels have done. And yet it is Smith’s most satisfying novel, funny, sexy, weird, full of acute social comedy, like London.”

“NW is Smith at her most eccentrically complex. It is hilariously funny yet often macabre. Many reviewers have compared Zadie Smith to Dickens; I will add my name to the list. Like Dickens, Smith not only has a playwright’s gift for dialogue, she also employs a powerful social outrage with great humour to create thrilling works of literary fiction. This is a very big book.”

“Not much goes on in NW but, for all its uneventful narrative, the novel draws the reader in irresistibly. Written in a witty, street-savvy prose, it captures a flow of poetry off the London streets (‘open top, soft-top, drive-by, hip-hop’). Willesden, in all its polyglot confusion, is portrayed as a vibrant streetscape of Afro-wig emporia, pound shops and massage parlours. Brocaded with pages of concrete poetry and typographical eccentricities out of B.S. Johnson and David Foster Wallace, NW is a caustic, sometimes lyrical fiction for our times. ”

“What Smith has done in this book but couldn’t in her earlier books – because she was too young – is show characters of her own generation through the passage of time. NW is full of split selves, people alienated from the very things they thought defined them. Their nostalgia – for old movies, old songs, buses they don’t ride anymore – is less a salve than a form of pain. You can always listen to an old record, but you’ll never again be your old self. This is Smith’s grimmest novel, and may be her best. ”

“[Smith] withdraws from the mind of Keisha-Natalie to recount her upward mobility in an alienating, deadpan sequence of numbered sections, speckled with bossy injunctions such as “Reader: keep up!” Yes, it breaks the illusion, undermines the realist narrative, and so on … Faithful to its riven and polarised city, NW cussedly refuses to hang together … Either way, Zadie Smith’s quarrel with herself still gives rise to a fierce and fractured poetry.”

“The novel’s organisation into sections and numbered subsections breaks up the text so that it is always consciously present as an artefact, not an engrossing river into which the imagination can plunge. Some parts of this artefact are compelling. Smith’s ear for the ways in which people talk makes whole pages tingle. She is sharp, funny, superb on social detail, biting on class and its pretensions. But where Woolf is in the finest sense a lyric novelist, Smith misfires when she aims for a poetic effect. ”

“The central section of NW, telling the story of Felix’s life through his last day’s journey into night, is the most darkly brilliant thing Smith has written: a narrative, meandering but absorbing, that really does find form for “the damaged and the partial”. But in the final section, on ­Natalie’s fall from grace, old collective habits of novel-­writing reassert themselves. Ends are tied up. Some ­elements (an opinionated dinner party, under­motivated sexual melodrama) feel like they’ve drifted in from another, much less good, novel.”

“We track back to Leah and Natalie. This time, Smith is going to take them all the way from school, through university, and into marriage. She does this in a series of brief sketches. They’re numbered, so I can tell you that there are 185 of them. Pretty much every one is brilliantly written. Her sentences are truly, distractingly ace; she has all of the sass of the young Martin Amis, and none of the swagger. But I worried, sometimes, about form. I get the whole snapshot thing, the attempt to mimic the stopwatch of memory, which returns to us only in hazardous flashes. I understand, too, that cities are, like the trains that rumble through them, all stop-start. On the other hand, it felt desultory, sometimes, as if it had been written in short bursts (and perhaps it was).”

“Smith’s essays in recent years have revealed a growing interest in the techniques of writers such as Tom McCarthy and David Foster Wallace, whose experimental prose, she has argued, portray people’s inherent neuroticism more effectively than traditional realism. In NW, she puts theory into practice; the novel is divided into sections, each told from a different perspective, and in a different literary style. Each is architecturally impressive; the overall effect is of a cacophony of subjectivities – something like what Smith once called, describing Middlemarch, “the narrative equivalent of surround sound”.”

“Amid the current fashion for big London novels, it’s still in her work that you discover most about what it’s actually like to live there. Even so, too much of the book feels self-consciously literary, as if she hadn’t decided in advance how to tell the story and is experimenting somewhat anxiously as she goes along. ”

“There are times when these characters’ thoughts and actions are so mundane that you start to wonder why you should care. More vivid than any of these characters is London itself, exposed in all its teeming, ruthless grime, as are the tiny gradations of the capital’s class system but Smith’s greatest gift is for authentic dialogue with Felix’s street slang as wittily authentic as Leah’s Irish mother. It’s her secret weapon in breathing life into her characters, a motley crew of people doing their best with the hand of cards they have been dealt.”

“The whole of the first section is defined by its resistance to genre, by what it doesn’t want to be. It’s like an oddly shaped inner-city park, bounded not only by chick-lit and thriller but by the modernism it aspires to. The touches of dilute Joycean play are less like new ways of looking at the world than mildly adventurous ways of organising a narrative. NW even abuts on the territory of the “Hampstead novel”, that antique dismissive term for novels in which middle-class people alternately gloat and lament over their privileges … The trailing plot threads aren’t exactly tied off, more tucked back in. The real mystery of NW is that it falls so far short of being a successful novel, though it contains the makings of three or four.”

“Whereas White Teeth and Ms. Smith’s other masterwork, On Beauty, showcased her effortless ability to channel the point of view of parents and children, ideologues and dreamers, academics and blue-collar workers, her latest novel takes an oddly patronizing stance toward its characters. As a result the people in this book are more stereotypes than individuals, more ham-handed cartoons than emotionally detailed human beings. Its narrative feels at once perfunctory, jerry-built and weirdly contrived.”