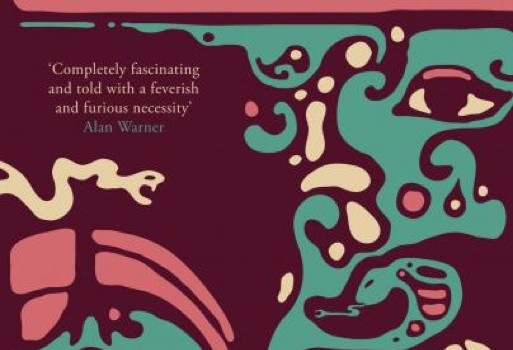 Blurb: Wait now, light me up so we do this right, yes, hold me steady to the lamp, hold it, hold, good, a slow pull to start with, to draw the smoke low into the lungs, yes, oh my… Shuklaji Street, in Old Bombay. In Rashid’s opium room the air is thick with voices and ghosts: Hindu, Muslim, Christian. A young woman holds a long-stemmed pipe over a flame, her hair falling across her eyes. Men sprawl and mutter in the gloom. Here, they say you introduce only your worst enemy to opium. There is an underworld whisper of a new terror: the Pathar Maar, the stone killer, whose victims are the nameless, invisible poor. In the broken city, there are too many to count. (Faber & Faber)

“A reformed addict, Mr Thayil has had personal experience with the world he describes. But he is also a published poet, who wields his words with care. His efforts are there to be seen. Admirably, Mr Thayil resists the urge to insert himself into the narrative. ”

“There is a subplot about a murderer that doesn’t add much to the story, and a dud note is struck when Dimple starts to opine on Baudelaire and Cocteau. However, I wished that this book, like some long and delicious opium-induced daydream, would go on and on … Narcopolis is a blistering debut that can indeed stand proudly on the shelf next to Burroughs and De Quincey. ”

“Thayil shows us extremes of dehumanisation but there is also hope amid the horrific brutality. As Dimple says to the narrator in a dream: “You should listen. Even if you can’t bear it, you should listen.” And that is precisely what this novel asks us to do: to listen to the most vulnerable people who usually don’t have a voice.”

“Thayil’s Bombay is a city of artists and gangsters, of excess and squalor, all the stranger when it is seen through a miasma of drugs. A first novel of splendid originality.”

“In ambition, Narcopolis is reminiscent of Roberto Bolano; but it is Denis Johnson’s Jesus’s Son – the best junkie book of the last quarter century – that is its closer kin. Thankfully, Thayil creates something original and vital from those blueprints. One yearns for the next hit.”

“The drug writing isn’t always convincing, but the sense of place is intoxicatingly horrible, and the author’s poetic style makes something iridescently lush and nightmarish out of the squalor of recent Bombay.”