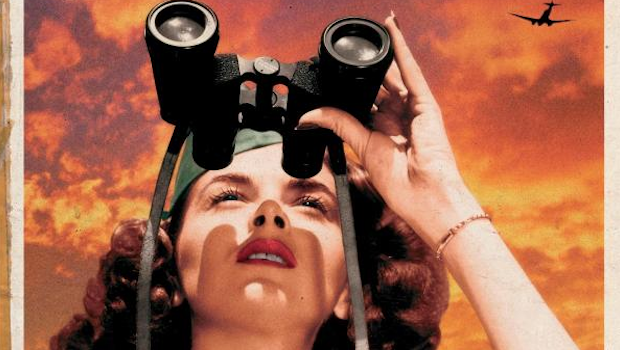 Blurb: ‘You come from a long line of mistakes,’ Guy Caulder tells his daughter Alice. ‘My mother married the wrong man. Her mother did the same.’ At the end of a love affair, Alice journeys to Normandy to meet Guy’s mother, the grandmother she has never known. She tells her that there was one true love story in the family. In the summer of 1942, Kitty is an ATS driver stationed in Sussex. She meets Ed, a Royal Marine commando, and Larry, a liaison officer with Combined Ops. She falls instantly in love with Ed, who falls in love with her. So does Larry. Mountbatten mounts a raid on the beaches at Dieppe. One of the worst disasters of the war, it sealed the fates of both Larry and Ed, and its repercussions will echo through the generations to come. (Quercus, 2013)

“Nicholson captures with economy the noise and chaos, the sickening terror of battle, but it is the long shadow of the catastrophe, its terrible psychological legacy, that interests him more. In war, under the influence of what Ed calls the “intoxication of self-sacrifice”, life-changing decisions are quickly made. It is when war is over that there is the time and the necessity to consider what truly makes a life well lived.”

“I did cry on finishing the novel the second time, which proves that the book grows on you. In fact, in its way, it’s extremely powerful. One thing you can do in an 11-year book, which you can’t do in a one-week book, is an 11-year unrequited love. (Is it requited in the end? Read it and find out.) There are two unhappy marriages, and you do live both of them in all their length and bleakness. There are strong Brideshead themes of Catholicism, alcoholism and the ‘Big House’. ”

“Writing about love is, for a serious and ambitious novelist, a bit old-fashioned, a bit 19th century indeed. In other ways too, this is an old-fashioned novel, ample and leisurely, a book that invites the reader to wallow in it. It takes affairs of the heart seriously. It’s nor spiky or clever. It belongs to a genre that, if not threatened with extinction, nevertheless attracts fewer good writers today: the serious middlebrow novel about realistic and mostly likeable people who discuss serious questions: the nature of love, religion, duty, fidelity, self-denial and self-fulfilment.”

“[He] brings all the restraint of the era to this love triangle and a screenwriter’s instinct for dialogue which is often clipped but passionate.”

“In his new novel Motherland, set during and immediately after the second world war, this means some terrific scenes – his portrayal of the wartime disaster that was the raid on Dieppe is grippingly rendered. But the flip-side is that there are regular pages of unmediated dialogue, as if Nicholson has tired of having to do something as boring as describing deep emotion.”

“Nicholson tells his ambitious story with a moving eloquence that overrides the occasional flirtation with sentimentality.”

Motherland by William Nicholson The Omnivore