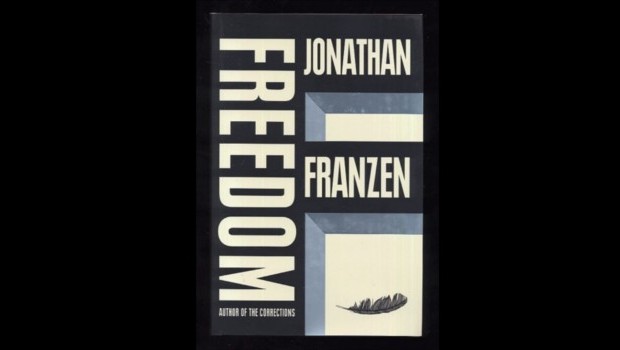 Blurb: Patty and Walter Berglund were the new pioneers of old St. Paul – the gentrifiers, the hands-on parents, the avant-garde of the Whole Foods generation. Patty was the ideal sort of neighbour who could tell you where to recycle your batteries and how to get the local cops to actually do their job. She was an enviably perfect mother and the wife of Walter’s dreams. Together with Walter – environmental lawyer, commuter cyclist, family man – she was doing her small part to build a better world. But now, in the new millennium, the Berglunds have become a mystery. Why has their teenage son moved in with the aggressively Republican family next door? Why has Walter taken a job working with Big Coal? What exactly is Richard Katz – outré rocker and Walter’s old college friend and rival – still doing in the picture? Most of all, what has happened to poor Patty? Why has the bright star of Barrier Street become “a very different kind of neighbour,” an implacable Fury coming unhinged before the street’s attentive eyes? (Fourth Estate, September 2010)

“It’s hard to imagine Franzen pulling off anything comparable [to The Corrections]. But in Freedom, nine years later, he has… Franzen has written two terrific novels in a single decade”

“Though it contains a few too many lengthy dialogues about the correct approach to environmentalism, Freedom is not lofty or detached. It’s a warmer book than The Corrections; one that loves its characters for their flaws, not in spite of them. Its pages fly by like a pulp thriller – and it’s only half as long as War and Peace.”

Simmy Richman, The Independent on Sunday

“Freedom is that endangered species: a good read that is also an important book. It is these things not because it breaks any new ground, but because it is deeper, funnier and – by the time you get, sobbing even as your brain screams “But I don’t even like these people!”, to the end – sadder and truer than a work of fiction has any right to be.”

“Freedom has all its predecessor’s power and none of its faults… With its all-encompassing world, its flawed heroes and its redemptive ending, Freedom has the sweep of a modern Paradise Lost.”

“The emotional grandeur of this novel is certainly worthy of Tolstoy. It is the best portrait of a marriage I can remember reading… The great achievement of Freedom is to be an almost perfectly written novel, yet one which contrives not to be intimidating. It is both a page-turner and a work of art.”

“In the past, Mr. Franzen tended to impose a seemingly cynical, mechanistic view of the world on his characters, threatening to turn them into authorial pawns subject to simple Freudian-Darwinian imperatives. This time, in creating conflicted, contrarian individuals capable of choosing their own fates, Mr. Franzen has written his most deeply felt novel yet — a novel that turns out to be both a compelling biography of a dysfunctional family and an indelible portrait of our times.”

“Jonathan Franzen’s new novel, like his previous one, is a masterpiece of American fiction… Like all great novels, Freedom does not just tell an engrossing story. It illuminates, through the steady radiance of its author’s profound moral intelligence, the world we thought we knew.”

“Franzen can be funny and wise both at once in a rare way, extending a kind of tough love to his characters; he also does women very well. But a bulky, bandana-girt shadow looms over the book: Franzen’s friend David Foster Wallace, who killed himself in 2008. Freedom is marbled with his spectral presence”

“…the mesmerising heart of the novel lies in Franzen’s unflinching and psychologically flawless expansion of the lives and passions of his central characters, through which history flows like a river. The one failure here is with Lalitha, Walter’s Indian-born assistant and (briefly) mistress, whose life doesn’t fill out in the same way as every other character, and who for me remained a useful agent of plot and no more. Everywhere else there are almost Thackerayan riches … A great American novel”

“Love him or hate him you’ve got to admit he’s an extraordinary stylist, America’s best answer to Martin Amis … But how many readers, even the long-suffering readers of literary fiction, will settle for linguistic brilliance as sufficient compensation for what is sometimes a misanthropic slog? … [A] brilliant, maddening novel.”

“…though it’s not without faults, Freedom is undoubtedly an achievement, standing head and shoulders above the host of recent American novels which (post-Corrections) have attempted to hold the same territory… [It] is at its best when most realist, losing its way slightly in the occasional passages when it shades into satire or melodrama.”

“Rich and nuanced… [A] consuming and extraordinarily moving book.”

“Franzen’s strengths as a writer are on giddy and unapologetic display: his superb facility for writing dialogue; his willingness to be shockingly, entertainingly dirty on matters of sex; and his terrific and terrifying sense of humour… And yet, if I enjoyed all of Freedom, I can’t say I was persuaded by all of it.”

“Jonathan Franzen does not possess, or anyway does not exhibit, the subtle “cluster of gifts” — implying, dramatising — that Henry James celebrated in The Art of Fiction. What he does possess is an ability to place the reader right in the thick of his characters’ lives, so that their pain becomes ours … this compulsive novel is not to be ignored.”

“Franzen is a novelist whose primary technique is aggregation; he piles on the pages and incidents in the steady hope that the text is deepening. It’s possible that the sheer length of Freedom, the cruising chug of its smooth unshiftable soapy rhythm, is the main reason the novel is so disappointing. After four 500-page-plus books (and no short stories) it might be fascinating to see what he would do with, what might be exposed by, a shorter form — it could free him up.”

“Not all the dialogue in Freedom sounds as though it has been extracted from one of the flimsier episodes of Desperate Housewives, but quite a lot of it does … Franzen is at his best when zooming in on details of the material world”

“[Freedom] lacks the brute teleological drive needed for something of its length… Too interested in the minor stuff about people, in the yoghurt or yoga that they are consuming, the monumentally gifted Franzen ends up as an infra-Balzac, the author of a sub-Human Comedy.”

“Most effective when wittily alert, Freedom is full of brilliances of description, spot-on dialogue, and characters caught with deadly accuracy … Far less gripping is the prolonged charting of Patty’s drastic and ultimately mawkish ups and downs. Ambitious but uneven, Freedom isn’t War and Peace for our times; rather, it’s great expectations not entirely fulfilled.”

“hat this novel really wants to be is War and Peace (there are numerous references). It would, however, settle for being Middlemarch, especially in the way that its characters tend, with some wiggle room, not to escape the labels they have been given. Cranky eco-nut, cool alt-rock guy, vile corrupt polluting Cheney crony, Republican whizz-kid with shiny loafers, and so on. And indeed, as in all novels queuing up for Great American Novel status, you do get the sensation of reading a 600-page shopping list. Fight between principles and realpolitik? Check. Cross-generational strife? Check. Fighting over wills? Check. Redneck vs city slicker? Check. Infidelity? Check. Goodness, there’s even a spot of anal sex.”

Freedom by Jonathan Franzen The Omnivore 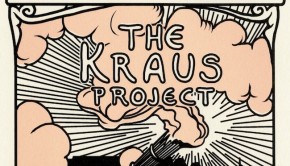 The Kraus Project by Jonathan Franzen →