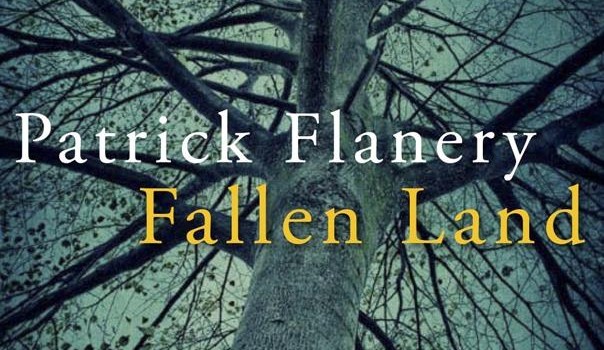 Blurb: Poplar Farm has been in Louise’s family for generations, inherited by her sharecropping forebear from a white landowner after a lynching. Now, the farm has been carved up, the trees torn down; a mini-massacre replicating the destruction of lives and societies taking place all over America. Architect of this destruction is Paul Krovik, a property developer soon driven insane by the failure of his dream. Julia and Nathaniel arrive from Boston with their son, Copley, and buy up Paul’s signature home in a foreclosure sale. They move into the half-finished subdivision and settle in to their brave new world. Yet violence lies just beneath the surface of this land, and simmers deep within Nathaniel. The great trees bear witness, Louise lives on in her beleaguered farmhouse, and as reality shifts, and the edges of what is right and wrong blur and are lost, Copley becomes convinced that someone is living in the house with them. (Atlantic)

“In an epigraph, Flanery picks up on Hawthorne’s observation (in The House of the Seven Gables, of 1851): “In this republican country, amid the fluctuating waves of our social life, somebody is always at the drowning-point.” This, we might reasonably contend, is why the American dream always fails: because that dream is founded on a harsh competitiveness and aggression that is bound to push not just somebody, but many, to drowning point. In Fallen Land, Flanery has given us a gripping thriller, and a superb portrayal of how ordinary men can veer into madness, but its real power lies in its recognition of the tragic failure of an American dream …”

“Staying just the right side of plausibility, Fallen Land is extreme from the start: the original lynching involved an inter­racial gay relationship and a negro hanged in drag. Extreme societies call for extreme fictions, and capturing the paranoid reality of America leads Flanery into dystopian near-satire and even unintentional black humour: a dysfunctional family burn Dad in effigy in their Fourth of July ­celebration; school guards ­routinely taser schoolchildren; and because one half of the nice gay couple next door is of middle eastern appearance, Nathaniel panics and denounces him to the authorities as a possible terrorist. ”

“The author tugs at the edges of his narrative until it assumes exaggerated, Gothic shapes. Comparisons to Nathaniel Hawthorne, to whom there are allusions throughout, would not be extravagant. My only reservation would be that Flanery invites us to scoff at Krovik’s conspiracy theories, yet outlines a creeping surveillance culture that lends credence to his concerns.”

“The real excitement of “Fallen Land” is not stylistic. Instead, it is the sustained fury that Flanery brings to his depiction of contemporary America. For as the novel ricochets between the Noailles’ troubled marriage, the predatory ambitions of EKK and the escalating threat of the increasingly disturbed Paul, it paints a chilling picture of a society deranged by violence, paranoia and its own fantasies of self-reliance.”

“It’s not clear whether the book is supposed to be a piece of heightened social realism or something pretty close to dystopian sci-fi. In theory, of course, it may well be possible to combine the two. In practice, Flanery merely shuttles between them, which isn’t the same thing at all. Is the novel set in our world or in a parallel one? Does the city represent the present-day US or what the US could become if it’s not careful? Are the characters meant to make psychological sense or are they there to fulfil more symbolic roles? The answer in all cases seems to be whatever suits Flanery’s purposes at any given point.”

“Viewed as American fiction, Fallen Land belongs to the genre that John Dos Passos once disparagingly defined as ‘gentle satire’ and characterised as being ‘usually vague and kindly, sometimes bitter’ in tone. Such stylistic ambivalence permeates Fallen Land. The novel targets many subjects – capitalism, environmental destruction, race, security – while failing to strike any of them cleanly. ”