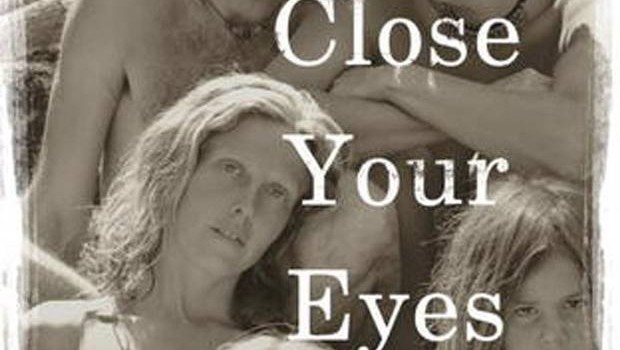 Close Your Eyes by Ewan Morrison

Blurb: In 1981 a mother abandoned her child and drove into the night, never to return. Her disappearance was reported in the press as a fatal road accident. Her body was never found. Thirty years later, Rowan has a child of her own. Afflicted by post-natal depression, she is convinced that she’ll hurt her daughter unless she unpicks the mystery of her past, buried deep within a commune in the remote highlands of Scotland. Leaving her young family and life in London, she returns to her childhood home to find a failed utopia shrouded in secrecy. And there, with a looming cult leader, among the rites and rituals, the sacraments and ceremonies, is a single postcard dated a week after her mother’s death. As she draws ever closer to the truth about her mother, she fears she might lose even herself. (Jonathan Cape, 2012)

“Morrison’s novel acts as a primer for pronouns. Quite explicitly, he explores the language of I, you, she and we, testing the impossibly complex structures that underpin those simple words … Intense and brilliantly sustained, this is a powerful, moving exploration of New Age life.”

“Morrison is … a generous and wide-ranging dyspeptic. His novels have been steadily sharpening their dissection of the creative classes on these islands. He delights in their elaborate pratfalls of self-delusion and misapplied competence, slipping around on a permanent grease of sexual desire. So it’s not just formless hippies that get it in the neck in Close Your Eyes, but the all-too-calibrated yuppies too. Rowan’s husband, Josh, is a deliciously sketched prig – a PR man intoning baby manuals.”

“ Morrison inhabits his female characters with impressive skill, and his sharp portrayal of the commune’s evolution from hippy enclave to capitalist self-help business makes what is a potentially depressing novel a riveting read.”

“One of the successes of the book is Morrison’s convincing use of a female narrator. He writes about breastfeeding and motherhood in a completely natural way and the reader forgets the author is male. Yet Rowan is not just a woman, she is everyman, any­one who has struggled with depression, disappointment, abandonment and disillusion.”

“A fearsome read, it latches on and won’t let go.”

“Suffering from postnatal depression, Rowan flees her new, middle-class life and returns to Ithaca, her childhood home, which has been transformed into a new-age centre, filled with casualties of modernity in search of spiritual enlightenment, resulting in an insightful tale of a brave new world revisited.”

Close Your Eyes by Ewan Morrison The Omnivore