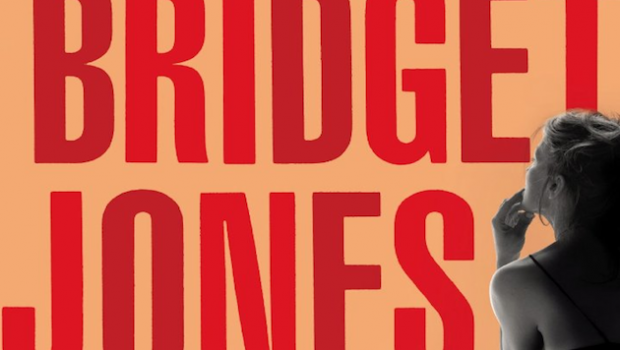 Bridget Jones: Mad About the Boy by Helen Fielding

Blurb: Fielding introduces us to a whole new enticing phase of Bridget’s life set in contemporary London, including the challenges of maintaining sex appeal as the years roll by and the nightmare of drunken texting, the skinny jean, the disastrous email cc, total lack of twitter followers, and TVs that need 90 buttons and three remotes to simply turn on. (Jonathan Cape, 2013)

“This isn’t a great work of literature. It’s more of an inviting comfort blanket for those many readers who loved Bridget before, who have grown up with her and are intrigued to find out what became of her. And its preoccupations, at heart, are middle-aged, just like our heroine. It’s reassuring to find that Bridget, in common with many of her original readers, may look older but hasn’t really changed.”

“I’ve always been surprised at how furiously some women work themselves up over Bridget in the name of feminism. She’s not Minister for Women, she’s just a character in a romantic comedy, a genre that has always demanded resolution in the form of lovers uniting. In reviving Bridget now, Fielding has dared to question the happy ending, and in doing so she holds a mirror up to our changing values. True love is not guaranteed for life, even in romcoms, and women in their 40s and 50s are no longer prepared to fade away, alone and invisible. Bridget chronicles all this in her own inimitable voice; she is supposed to be ridiculous and often infuriating. But she is also very human, with all her insecurities, and if you don’t shed a few tears in the course of this book, you must have a heart of ice.”

“Bridget in her 30s was an everywoman figure, here she’s a very yummy mummy indeed. Darcy has left her financially secure, with no need to work on anything but her improbable screenplay, an updating of Hedda Gabler set in Queen’s Park .. It’s odd how posh contemporary comic writing about motherhood tends to be, and Mad About the Boy is no exception. As Bridget floats fragrantly around her son’s school concert at a stately home, or wells up at the choir service, all the while having heart-thumping encounters with a masterful teacher, the book starts to seem less like a satire on modern life and more like a good old Jilly Cooper.”

“From time to time, Mad About the Boy drops, or soars, to another level. Bridget’s bittersweet days with Mabel and Billy focus an unaffected – and unexpected – tenderness. And when Fielding wants to open the locked box of bereavement, she can: “Oh the loneliness – the profiles giving away the months or maybe years of heartbreak and disappointment and insult.””

“The thing about BJ in her first incarnation was that an awful lot of women could identify with her, chiefly the endearing insecurities. But Mrs Darcy’s sex life in this book isn’t necessarily going to resonate with women who have followed her faithfully from their thirties to their fifties. Bridget acquires a toyboy, 29 going on 30 to her 51. Sex is pretty well what the relationship is about, plus food and fart jokes … we’re made privy to an awful lot of the thrusts and stifled orgasms. So far from readers identifying with Bridget as born-again nymphomaniac (not my expression; her friend Tom’s), she may lose those who aren’t.”

“There is an awkward tension in this book between the parts that seem very knowing and the parts that don’t. Widowhood has kept her out of step with her friends’ lives, naturally, but at one point Bridget decrees that one must not text while drunk as though it is a brave new thought. She also wishes she had a Middleton-style fascinator. In 2013! Her calorie counting also sits very uncomfortably on the page now it’s lost its innocence, and I did wish Bridget hadn’t lost her heart to a man who coos things like “After I’ve finished with you” … The real stars of Mad About the Boy are Bridget’s children.”

“Mad About The Boy is sagging by the halfway point. While you can guess almost from the start where Bridget’s happy ending lies, the bulk of the book documents a sequence of largely enjoyable dates with Roxster. These are perfectly entertaining and an enjoyable exercise in wish fulfilment but are short on narrative drive.”

“There are pages of such blather as Bridget joins Twitter and becomes as obsessed with her follower count as her calories. But in between this not-nearly-funny-enough guff are sudden episodes of widowly grief. It is like biting down on pebbles in candyfloss. Especially as Fielding gives Darcy a death of such grave geopolitical magnitude that it sounds like it came from a completely different novel. When Bridget, in a sad-face moment, writes him a posthumous letter, I must confess that I tittered … When Fielding tones down the ditz, however, and Bridget is allowed to be flawed but fully human there are wonderful flashes of insight into the female condition.”

“This isn’t really a diary, it’s a novel told in time slots and as such rarely achieves the spontaneity that made the original so sparky. However when it does, as in the tweets with Roxster, we are back to the old Bridget Jones in all her life-affirming glory. Love, when of course it does come, is tender, sweetly handled and a keeper. There is nothing remotely realistic about Bridget’s life but then there never has been.”

“… well-trodden territory. Since Fielding was away many other authors have stepped in. If she is about to enter the fray, she had better have something original to say. You feel the weight of that worry as Fielding takes the staples of modern life – remote controls, tweeting, texting, online dating – and strains to make anything of them.”

“It isn’t just the style that jars: the random capital letters, the subjectless sentences, the mannerisms that now seem awfully tired. It isn’t just the rather hysterical tone. It isn’t even the pile-up of clichés: the room that “looked like a bomb had hit it” or the stare “like a rabbit caught in the headlights”. Or the fact that Fielding will never just give two or three examples — of funny self-help books, of children’s names that sound like Latin declensions — when she can give 10. It’s the fact that I hardly believed a word of it.”

Bridget Jones: Mad About the Boy by Helen Fielding The Omnivore