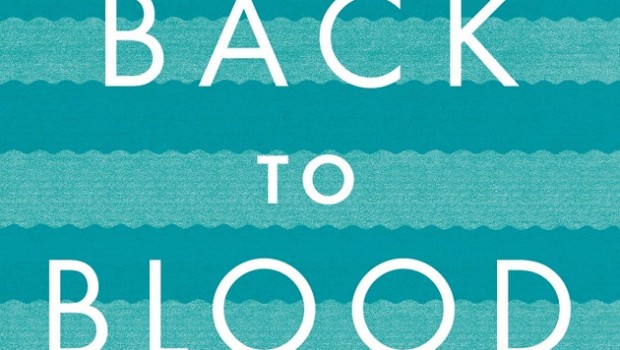 Back to Blood by Tom Wolfe

“In any 700-page novel, occasional flatness of pace and narrative (something Wolfe has succumbed to in the past) tends to sneak in. Here, very rarely – except in three of the closing sections, where superfluity of narrative takes the form of repetition – does the book suffer even a hiccup … He has plenty to say about morals and mores, and much to unload concerning the shallow, pretentious chicanery of the art world, bogus psychiatry, the addiction to social climbing (plumbing depths instead of heights) … It’s even better than his great hit The Bonfire of the Vanities. Unmissable stuff.”

“Balzac’s is the pointed name of the restaurant Topping is visiting in the overture-like first chapter, and Zola is among a number of other probable influences (along with Gogol and Latin American telenovelas). However, it ’s the work of another hero of Wolfe’s that Back to Blood ’s elite-to-ghetto cross section most resembles. Ambitious, smart, funny, teeming with memorable grotesques and endearing innocents, posing incisive social questions, perhaps too energetically inventive and stylistically exuberant for its own good, Wolfe’s fourth novel is the perfect bicentenary tribute to that other journalist turned novelist, Charles Dickens.”

“Thickets of exclamation marks and cacophonously phonetic spelling heighten the clamour. Alliteration works itself into a lather (“labially, lubriciously, lubricated”). Metaphor (“his big generative jockey was inside her pelvic saddle, riding, riding, riding”) goes pantingly over the top. Almost fibrillating with frenzy, Back to Blood doesn’t so much satirise Miami’s excesses as hyperventilate over them.”

“… a soapy, gripping and sometimes glib novel that’s filled with heaps of contrivance and cartoonish antics, but that also stars two characters … Nestor Camacho, a heroic Cuban-American cop, who finds himself at the center of several race-based clashes that threaten to set off riots, and his former girlfriend Magdalena, an ambitious but good-hearted nurse who, after leaving him, finds herself in one dreadful relationship after another.”

“New York in the Eighties spoke to a generation. This new novel is set in today’s Miami, a sun-baked hell of ethnic acrimony where “everybody hates everybody”. As a British reader do you care enough about this place or any of the characters to bother? Yet it’s all good knockabout fun as Wolfe careers off at full tilt, childishly addicted to ellipses, capitals and italics which can GET ON YOUR NERVES!”

“Although Back to Blood is obvious, ungainly and shrill, its problems lie at the level of ground plan or theory … his particular form of journalistic novel, which shares realism’s subjects but lacks its metaphysical ambition and shares naturalism’s convictions but lacks its sobriety, is subject to periods of peak and trough, depending on whether it has anything pressing to expose. A novel driven by insider knowledge about politics and policing, psychiatry and sex addiction, preoccupied with appearances rather than essences, with the notation rather than the analysis of status symbols, could, however smoothly accomplished, have little to offer a reader in the second decade of the 21st century. ”

“A world in which no one is ever quiet is a false one; it is a stage, not a world. Miami is a big, noisy, crazy, spectatorial space, for sure; but Back to Blood merely confirms what we already thought we knew about that city, and fails to dramatize ordinary people within that space. So it founders both as fiction and as reportage … Wolfe isn’t interested in ordinary life. Ordinary life is complex, contradictory, prismatic. Wolfe’s characters are never contradictory, because they have only one big emotion, and it is lust—for sex, money, power, status. His own prose is monotonous in the same way.”

“Wolfe has never been a terribly subtle writer, but he’s usually an engaging one. This time the lack of nuance is wearing, like a camp skit that drags on till long after the fire has burned out. The essentialist statements — about the way Cubans are, the way blacks are, the way Russians are, even the way men and women are — reduce everyone to not-very-interesting types. ”

“Wolfe’s novel is as broad and panoramic as ever – more than 700 pages, and full of increasingly lively and unlikely goings-on between a disparate range of people – but at no point does it ring true. Partly this is to do with his clumsy racial stereo-typing: with token exceptions, his blacks are thugs, his Russians bullies, his whites decadents, his Cubans yokels. But it is also to do with the waning of Wolfe’s style and his social antennae.”

“His relentless use of stereotype, however — as well as his overbearing nastiness to his characters — keeps the narrative from ever fully coming to life.”